Comet Leonard In The Southern Hem

nevertheless it's a fantastic photo,the stars in the background look very cool.

Maybe Wandjina was just a comet! 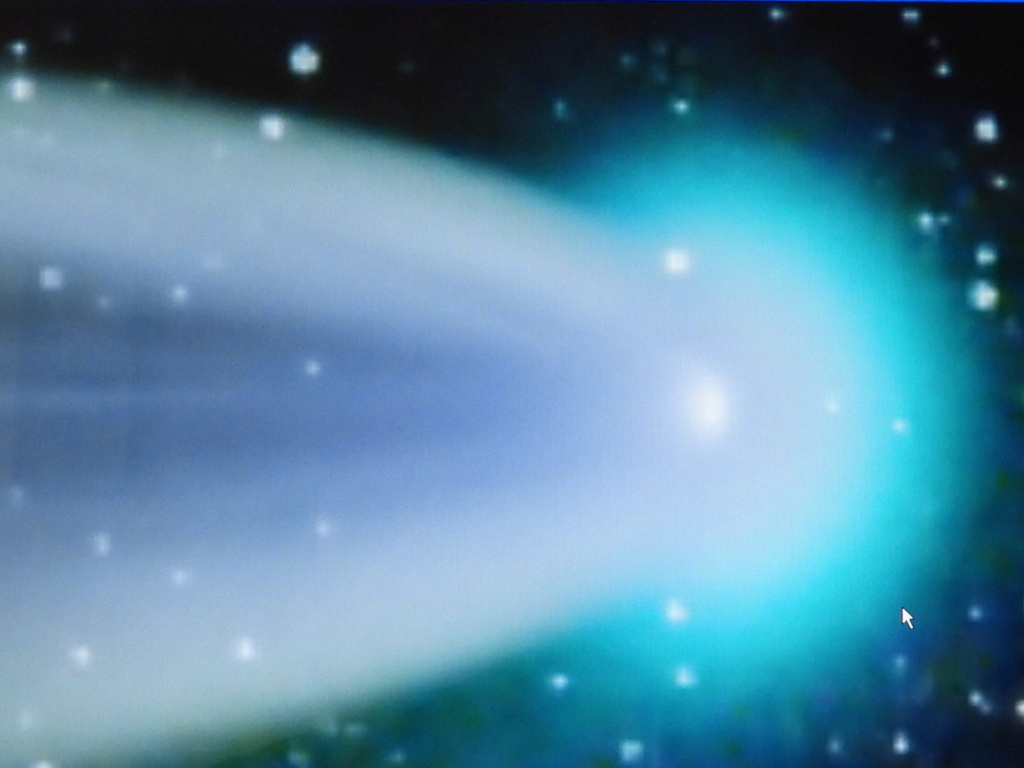 I think I have one of these in the shed, I'll try it out tonight

It does have a few tiddlers in it too

As a kid in your tech science class. Do you .Remember that little gadget , a glass sphere with 4 dark vanes inside that rotated when sun light hit the dark side of the vanes?
Mabe that is what will happen to the JW Telescope? ..

It is a nice piece of gear  but in relation to the size of the universe it is less than a sub atomic particle and the only light it will see is from the dying embers of the Universe. The light from the beginning of time ( or the Big Bang) has long since passed us by.  The Earth was still evolving when that first light rushed past us.  We were a primordial cloud of nothing much that was created with the big bang and was flung out into empty space with all the other debris from the explosion (if that is what it really was)  and the pure light / electromagnetic energy moved faster than any solid matter and now all we see every night as we gaze into our night sky is the ongoing dying remnants of that explosion.

A Quark is a subatomic particle that permeates space and is so small that they travel daily straight through the Earth without ever striking another atomic.particle.....The Earth is to the Universe as a Quark is to the Earth. If you could hitch a ride on a Quark you could travel through the Earth an never even see another atomic particle.  So the Webb Telescope will get some great photo's  but it can never see back to the beginning  of time because the energy emitted at that moment has gone forever.