First outing with the CTX

First outing with the CTX

As I live a half days drive from anything that could be loosely described as a gold field the decision was made to increase my detecting opportunities with a coin/treasure machine.
Thanks, again, to the boys in Maryborough a new CTX3030 was delivered to me early last week and the remaining evenings were spent trying to get my head around how this thing worked.
I have used every Minelab gold machine since the 16000 and am very used to the sounds that they make but this machine is something different again with it's squeaks, pops and seemingly endless variety of sounds over a single target. I was starting to worry about what I had let myself in for.
Today it was time to try it in the field and rather than go to the beach and look like an ass while trying to decode the signals I went inland to an abandoned racecourse.
This has been derelict since the late 60's and as you can see by the picture it is what I think people call a "high trash" area.
There was not a single square foot of ground that didn't contain a ferrous target and I nearly gave up in the first 10min due to the overload of info being thrown at me by the CTX.
Below is a picture of the grandstand which unfortunately is no longer so grand 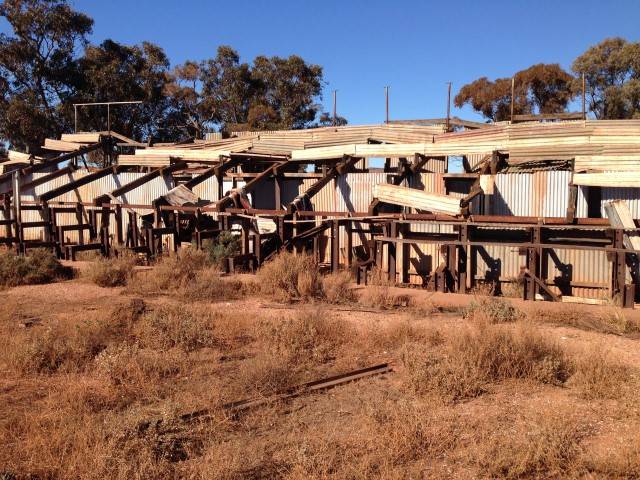 After some thought the machine was set to "high trash", doh, and I tried again with a little more success this time. It still seemed to have mind of its own but slowly some sense was made of the info it was sending.
It took an hour but the first coin was a clear high signal that was unmistakable and out came a 1966 1 cent piece. A 5 cent soon followed and a little later another 1966 1 cent. Not exactly leap into the air stuff but its a start.
The trash eventually got the better of me and I moved on to another location, pic below. 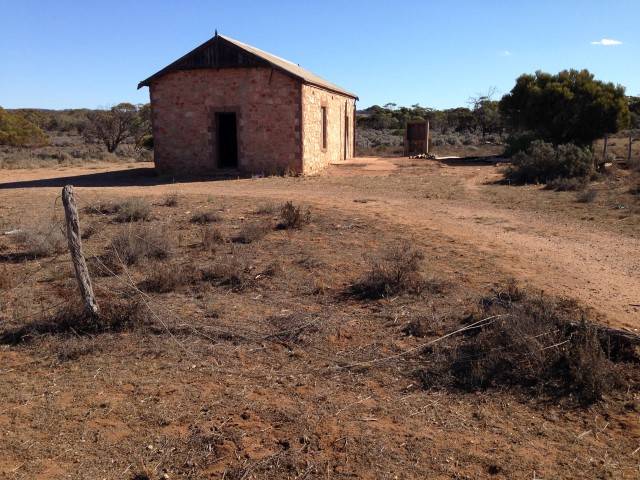 This area was not nearly so littered with iron but the only coin that came out was 1966 2 cent piece. I only gave it an hour so there may be more for later.
So, the first day with a coin machine has been an eye opener, it talks a totally different language than a gold machine and I can see its going to take some time and effort to get the best out of it

Hi Peteren, sounds like your on your way and having some fun, that's what counts in the end, racecourses can be a real lottery it seems, I have a couple on my list of places to do, I have specked a few pre decimals of no value, though I have not been fortunate enough myself...yet

, I have heard of a few Gold sovereigns coming out of tracks of the right period, how good would a sovereign be eh? gold and relic all in one..WeEEEEEeeeeeeeeeeeeee!!!

Cheers Wayne, I'm not going to talk about g**d coins as it will be bad karma!

Gday Peteren ,
The 3030 is a great machine .
After using mine heavily over the last 13 months , from a coin , relic & beach point of view ( by beach I
mean not in the water ) cant see myself using anything else .

After a while the tones & of course ID numbers will become more recognisable to your ear .

I reckon where you were swinging might have some older coins deeper ?

Remember to dig those iffy signals , a lot of coins below 6 " will sound iffy / scratchy .

Yes Anthony I'm hoping some older stuff turns up, the areas are quite old and should produce older coins

Hi Peter
Try some old church ground if you have any they often had stalls and markets.We always did well on these.

deutran wrote:Hi Peter
Try some old church ground if you have any they often had stalls and markets.We always did well on these.

Will keep an eye out for them, up here in the pastoral country they are a bit thin on the ground

G'day peteren, Yeah know what you mean, All the noises you get going over targets with the CTX is almost overwhelming. Had mine for quite awhile & really havent used it much ( easier to use my Sovereign GT ) but i have got to master this detector, Just did a couple of hours beach stint and got $13 odd and so much junk.

In what way is the 3030 better at actual metal detecting than my old SOV XS?
I have used my SOV since first intro and it is excellent with the 15 Inch WOT fitted and can find 20 cent coins at two feet in wet beach sand at the waterline.
So maybe if one of you chaps can go to the beach and bury a 20 cent coin a measured 2 foot down at the low tide water line and flat on to the surface at the bottom of the hole. Leave it over night, don't mark the position and go back the next day and find it with the 3030. Let me know what sort of signal you get.
Weak, medium, clear or dead set solid signal. Use what ever coil you like.