I hope ive posted in the correct section as i thought this thread would be most appropriate in here.

My names Ben, im 32 and from the Newcastle/Maitland area. Im on a lot of motorbike forums where my name is ForeverThreeWheels and so to keep things easy for me ive used the same username here.

After doing a little research on the net and watching a few YouTube vids, me and Dad (who took zero effort to convince to join me) decided to take a trip to Copeland as this was the closest gold area to us and was one that Dad had been to previously with a friend on a guided tour in previous years.

When we arrived at Copeland we met another fossicker by the name of Ray. He was a really cool down to earth guy who showed us how to pan, showed us his sluice box as we'd never seen one and gave us some pointers on finding Gold.

Ray and Myself holding Ray's Gold 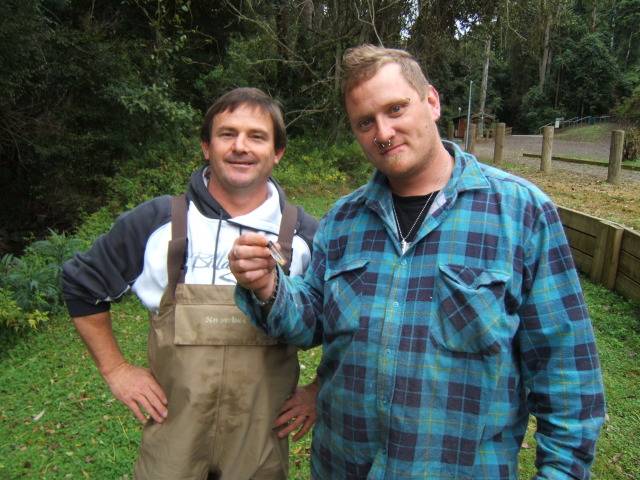 We didnt find any gold that day although Ray did but we had a blast and fun learning from an experienced fossicker.

Over the next few months i did a lot more research on finding gold in areas close to me and Dad, watched endless vids on it, browsed this forum countless times, google earthed everything, researched camping sites near spots of interested, built a sluice box and bought a set of classifiers, a Garrett Pan set and some Doug Stone maps off Ebay.

By the time everything had arrived from Ebay and we'd collecting some other odds and ends from various camping shops and Bunnings etc we had decided that a camping trip to go fossicking was in order and with the new info i had we decided on taking the trip approx 4hrs west and checking out the Sofala/Turondale/Hill End area.

We left Dads place early on Sunday the 16th Sept and headed for Sofala as this was closest to us and on our way to our ultimate destination of Hill End. We went via Singleton/Jerrys Plains/Bylong. Great drive if repetition is your thing but not really mine as i had my heart set on a McDonalds breakfast which seemed to evade me with every boring kilometre and the looming 10:30am deadline. 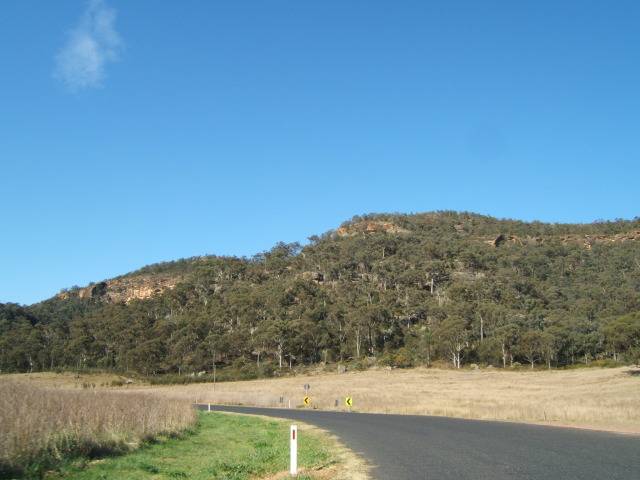 We arrived in Sofala around 11ish and headed down Upper Turon rd after getting a few typically touristy type photos of the main street in Sofala. First stop was Ration Point Campground, which i had researched ( http://www.exploreaustralia.net.au/New-South-Wales/Central-West/Sofala/Ration-Point-camping-area ) to see if the area was suitable to become 1 of 2 planned camp stops we intended to make. After a quick pan we decided to push on to Turondale and check out Coles Bridge as it had looked promising in a YouTube vid i had watched. ( https://www.youtube.com/watch?v=8yBhFR_rbUY&list=UUXYm-vFrzkeYLecA96fjLuw&index=6&feature=plcp ) 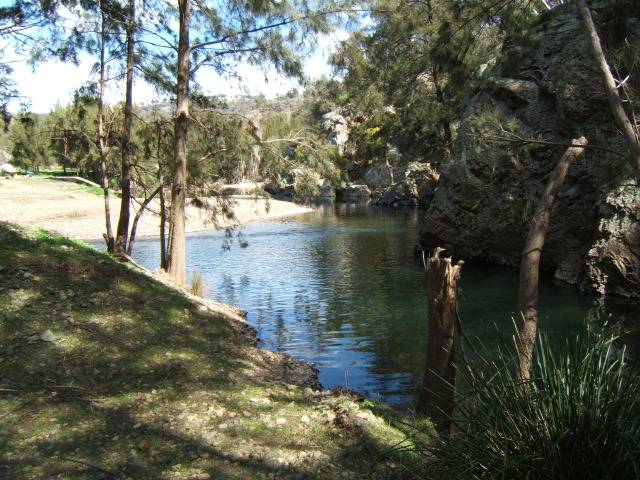 Upon arriving at Coles bridge Turondale we found what we thought was the campsite as it had a few fireplaces and a bin although the directions and google earth images i had printed out said the campgrounds where on the other side of the river. Never the less it was getting on a little in the day and we wanted to set up camp before dark so gold or not we where going to persevere with this spot for the next day or 2 as this was now Camp 1 in a 2 spot week long trip.

Our Camp at Coles Bridge 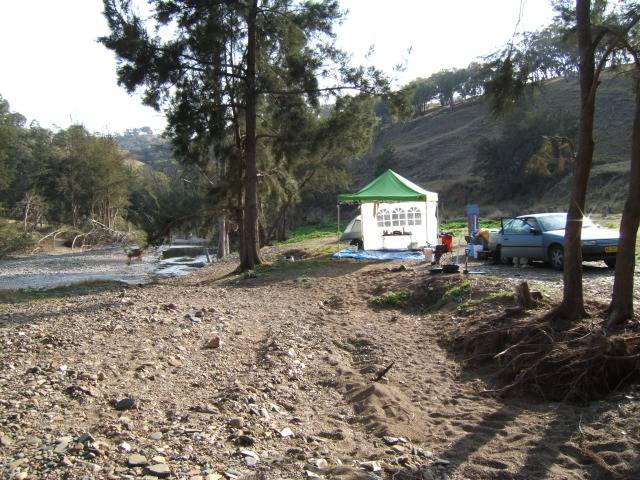 After finding some exposed bedrock on the adjasent bank i dug a few buckets out of the crevices and managed to pan out some of my first real gold. Dad however was having no such luck as he had the honour of setting up camp and trying to set up the contraption that we had built to resemble a sluice box.
For the next 36 hrs or so we dug around this area with me finding a few pinhead sized pieces of gold in the bedrock on the bank opposite and Dad getting slightly less in some roots on the waters edge just up from camp but after my pan becoming barer with every bucket and dads homemade blue bowl which he'd made to off a 12V bildge pump so he could run is using river water on the bank showing even less and seeing what was quite possibly a snake in the grass right near my bedrock we decided Hill End was the place to be.

Me with my trolley to carry dirt 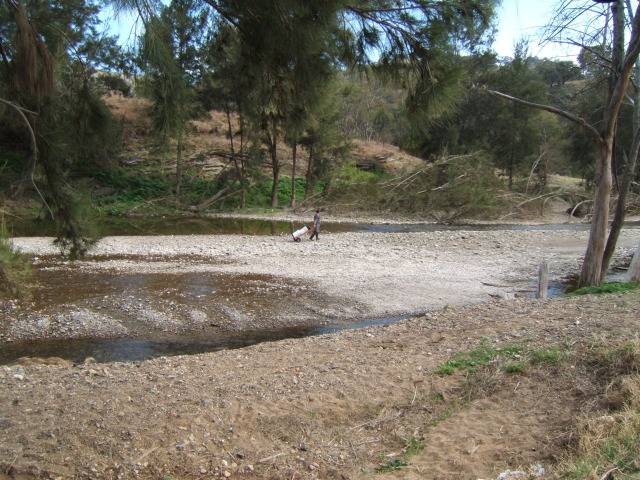 After driving as far as Grimleys reserve on the Bridle Track we decided to head back a little to Cave Hole Camp Grounds as this seemed as good a spot as any especially considering we where in Dads Commodore and it has about as much off road ability as a set of rollerblades. If anyone is wondering if its safe to go to Cave Hole reserve in a 2wd sedan the answers Yes, Dad managed to clean out all the big rocks on the way in with the wishbones, front suspension and exhaust on his car. Haha.

Our camp at Cave Hole 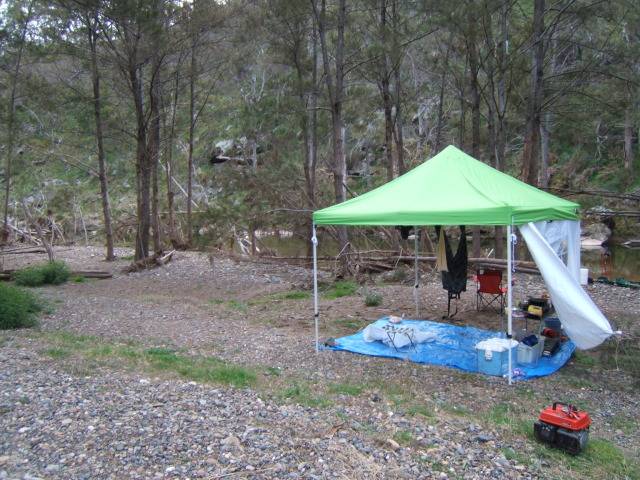 Fossicking here was to be a lot harder than our previous spot as the gold that i was finding was somewhere in the size range between miniscule and microscopic whilst Dads was even less impressive.
After we both had panned approx 45,000 buckets of dirt, done a little exploring and a spot of fishing which was also as fruitful as our panning had become i remembered reading that test panning a spot was a good idea and if unsuccessful then one should move to a differant spot. Information i wish i had remembered prior to what seemed like multiple hernia's. Being the 20th of Sept now and the last day here before taking the trip of monotamous serinity home i went for a short walk to the water crossing at Turon Crossing reserve where i found some promising looking bedrock right next to the track. While i once again bestowed dear ol' Dad with the honour of packing up camp i began to crevice this area with much more success not unlike the area at Turondale. After panning up around 6 or so matchhead sized pieces of gold and digging a bucket of dirt to take home for my girlfriend to experiance panning we faced the reality that our chance to become massively successful and rich beyond imagination was now gone this time round and it was time to head home. However not before jumping smack bang onto a piece of pointed bedrock to avoid an attack by a small curious lizard which i had mistaken for a snake.

All in all the trip was a tonne of fun, i had a great time bonding with Dad, we made some great memories and we've already had discussions about our next trip now we are a little more experianced. On the way home we passed what i believe to be the abandoned diggings just out of town at Hill End near whats called the Golden Arch? and next time we may head in this direction if not Nundel.

Sorry for the huge post, hope you all enjoyed the read and heres some more pics.


Dad at a hole in the bedrock along the bridle track near cave hole with his metal detector that is programmed to find vintage drink cans, nails and bottle tops whilst possibly discriminating anything thats actually worth digging up (anyone know the story of this mine?) 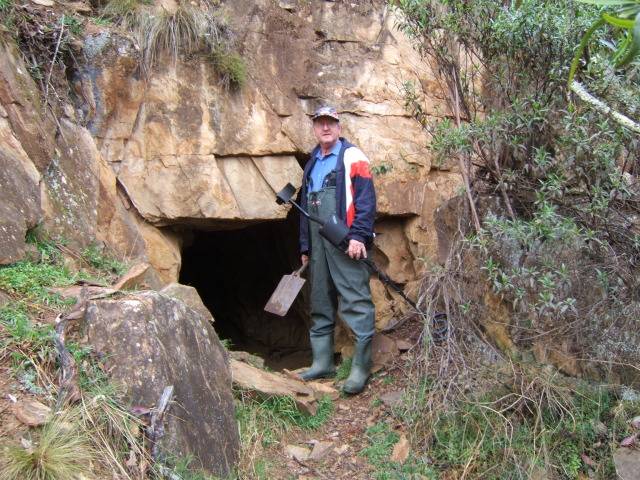 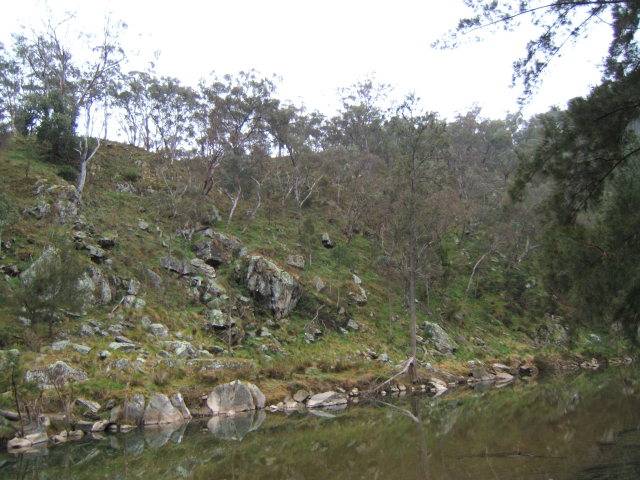 Me panning after a day of digging dirt 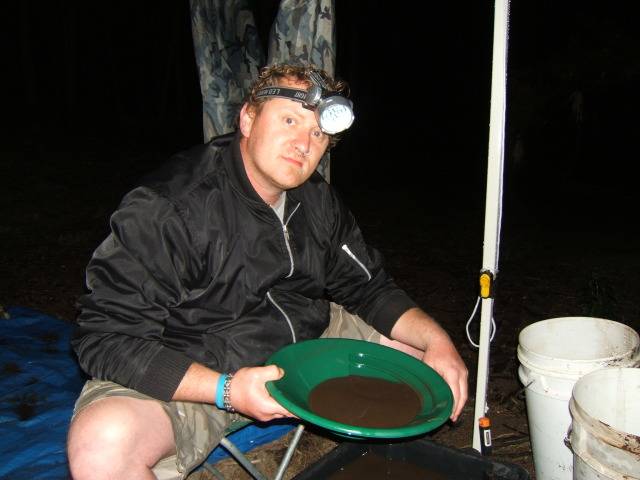 The bedrock near Turon Crossing 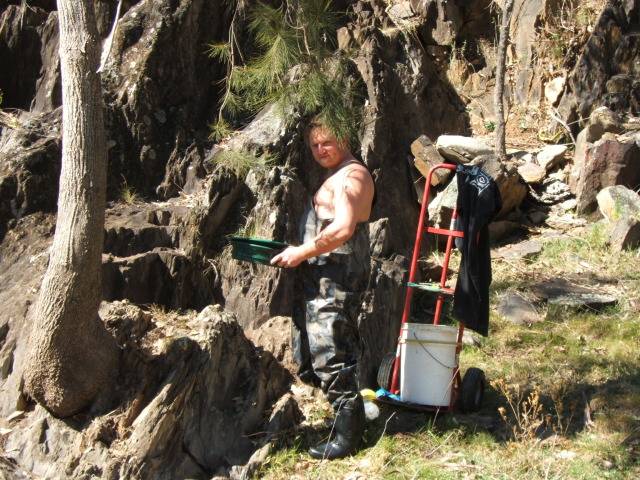 Me just prior to the near death lizard attack/incident 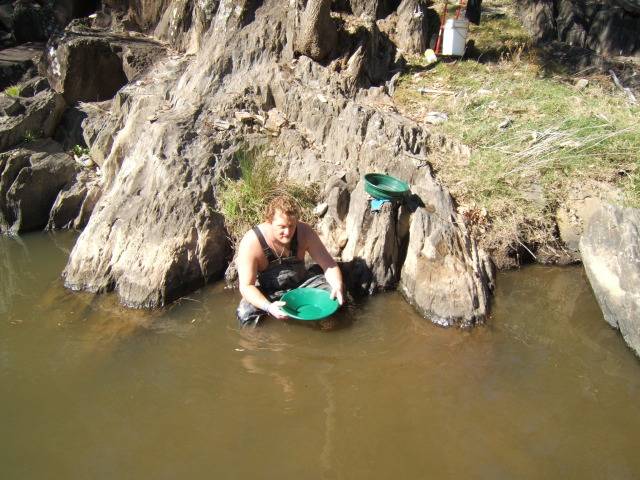 My retirement fund aka One of my bigger bits. 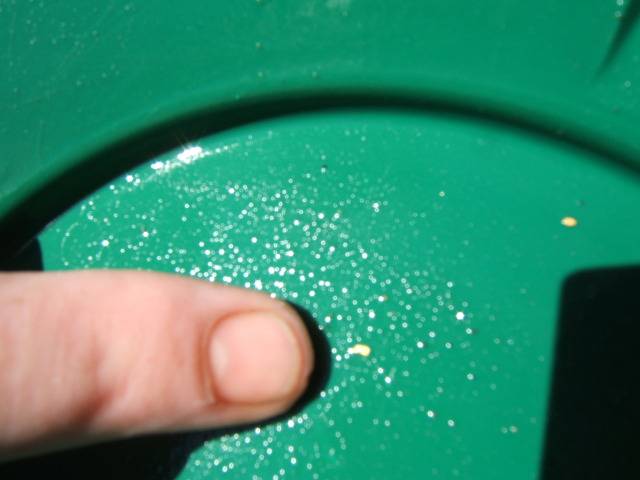 G'day Forever ... what a great story and pics!! Brilliant!!! I enjoyed every minute of reading and the pics are really good quality ... memories for a lifetime!!!!!!

Welcome to the forum.
What a great story and photos, looks like you all had a good fun time.
Thanks for sharing

What a great story Brilliant!

G'day FTW and welcome to the forum... What can I say that was a great story and great pics... Keep up the good work and hope you find heaps more on your next trip...

Thanks Ben for a wonderful post and a great contribution to the forum,it really sums up the experience you and your dad had.
Steve

Thanx everyone for the warm welcome. Im glad you all enjoyed my post. I'll be sure to post all future trips with pics on this forum as well.

Great post. I'm around your neck of the woods and know most of these places well, particularly the drive to Sofala

Nundle is not to far from you. I sometimes even do it as a day trip. I'll pm you a few mudmaps and tips

Great post welcome to the world of hope,good luck in all your trips ,and may you find this forum as great as i have.

You found some, small but some. Looks like you had a good time with your Dad. I suspect thats the important bit. Regards Phil