Just a query to the experienced in doing this, but my power lead started to play up on the weekend. It gives a crackly static sort of noise and when wiggled or straightend at the plug end it disappears. I am hoping it is a dodgy solder or something like that.

Worth trying to fix or should i just bin it and buy a new one.

Yep sounds like the power lead for sure. one of the audio wires will be broken right near the plug. If you are handy with a soldering iron by all means cut off about 1/1/2" and resolder the wires to the back of the plug. Make sure that you do a neat job and also wrap some tape around the plug where you soldered on the wires or a piece of heatshrink. If your not that handy just grab yourself a new one.

Like Mechanic says if you are handy have a go at repairing it yourself, the cost is nil compared the replacing the lead, anywhere from $45 to $65+, and the upside is you will know what to do if you have a failure in the bush miles from home, anyway soldering is relatively easy, if you are unsure about the wiring layout make yourself a diagram of where the wires go, or just remove and re solder one wire at a time.

Its one of the most common problems with detectors and I would bet there have been more than a few trips cut short or inconvienience caused with having to head to town to have minor repairs like this carried out, its worth knowing how to do these things and not expensive to carry a 12v or gas soldering iron and some bits and pieces of heatshrink, solder, and tape etc.

Once repaired and working you can still get another cord, and keep it as a backup, its a good idea to carry spares of things like cords anyway, my backup kit may be overkill as I have just about two of everything, but at least if I have a failure I can just put another part on and repair the other at my convienience, there have been many times also where I have supplied bits and pieces to get other people up and going in the bush as well so, last time away my mates 4500 car charger played up so he used my spare for the rest of the trip,as otherwise it would have been game over for him had I not been there, as he didnt have a spare or any other means of charging his detector battery.

Hi hoolahoopa
Yes always have a spare power lead with you .. in fact have a back up of most your prospecting gear.. I can supply one if you wish
cheers 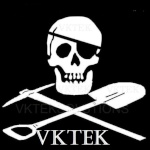 Id suggest cutting about 2" off the effected end and re-soldering all wires back onto the plug.
Iv had to repair a few leads and most have been within that length from either the battery or power socket on the detector.

If its a GPX lead you will be better off doing all the wires and not just the audio ones, if the audio wires are broken you can guarantee the power wires will not be far behind them.

Cable is not the only suspect.

I had similar problem recently, and it was not the cable. Same symptoms, when i jiggled the wire near the plug it would start working again.

The problem was with the wires in the battery dome, where wires attach to the plug.. Pity but i got a new cable for $68 from Miners Den before i figured that out

Check that first, just to rule out the battery before you invest into new cable.

Thanks fellas for the response i will have a bit of a play i think.

Rtanweb, it is definitely the lead as i changed to another cable and the problem disappeared. But something to keep in mind anyway thanks.

Gday fellas, just had a bit of a play with the lead.

Coiltek sure do a good job of sealing it all up

but i did prevail. it looks like the white wire was the problem as it fell off, but i didn't see from which of the two possible spots it could have came from

Can anyone help/tell me whether it is position 3 or 5 that it needs to be soldered to?

Morning Hoolahoopa,
You should be able to see evidence of remaining solder?
Number 3 should be the pin to solder too.
Number 5 is a spare pin without wiring.
The only reason Minelab went from 4 pin plug to 5 with the GPX was to prevent prospectors plugging in the wrong battery.

Thanks for the reply Nightjar, couldn't see where it was soldered to hence the question but had a feeling it was position 3 because the back of the plug was turned a different way to position 5 (hard to explain without pictures) they have cut outs to sit the exposed wire.
Didn't want to blow my new 5000 up!
Anyway thanks again

Similar topics
» Power lead end protector
» Dollys Creek worth detecting
» What would be good.. 2 coils off one machine
» Durham Lead
» New Engine for your car soon?