The new telescope is a ripper aye!!
Do these scientists truly expect to see the beginning 0f the Big Bang...The beginning of time.

Fair suck of the sauce bottle??
The light /energy from the Big bang (If it ever actually happened) has long since passed us by. The light that the Webb is detecting is the dying remnants of the beginning. We are looking Back at the future of the Big Bang. The light that we see today was emitted from those galaxies (in the current pics from Webb) around 14 billion years ago +/_ a tad and tomorrow we will be looking at light that was emitted 14 billion years and one day, ago.  Each day is one more day when we can see light that was emitted further into future of  the big bang......So! We can never see, light that was emitted at the time of the big bang.
If we could travel to one of the galaxies in those Webb photo's we would need to set up another Webb Scope in order to see any of the other galaxies in the pics because they will have spread out and vanished into the surrounding universe just as we need a telescope to see other galaxies from our own galaxy.

Another interesting point is that if the light from those galaxies in the Webb pics that we can see today was emitted 14 billion years ago then they were in that form at that time which means that they were formed a hell of a lot further back in time than 14 billion years.

Truly mind boggling stuff Adrian,& things we see today may not appear in tomorrows pic.
Also that pic of the galaxies is only one small area of the cosmos, there must be millions if not billions of galaxies' [ just googled it ,up to 200 billion

When it involves billions of years in the making, as long as they believe in what they perceive to be the beginning of time, or Big Bang (so to speak) Adrian, is all that really matters

If you could hold a grain of sand  up to the sky and at arms length then the area of sky encompased by that grain of sand is representative of the region covered in this James Webb pic.

Some seriously interesting stuff in this pic. 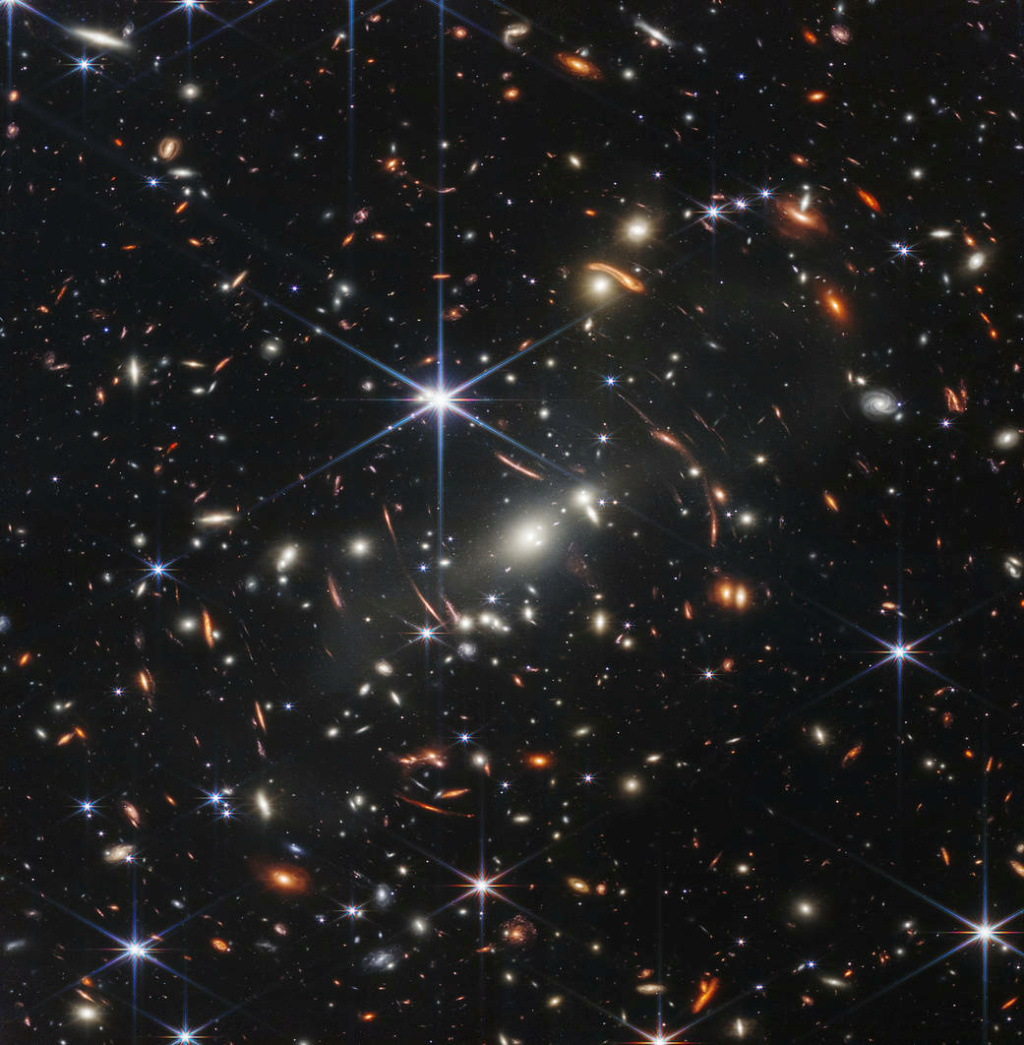 There is no 3D perspective effect in pictures of the night sky. You could bring all of the galaxies and stars visible in this pic forward by several millions of light years and take another pic from the same point in space and the image would look exactly the same.

it's big out there

Nice pic of Jupiter from the JWT. 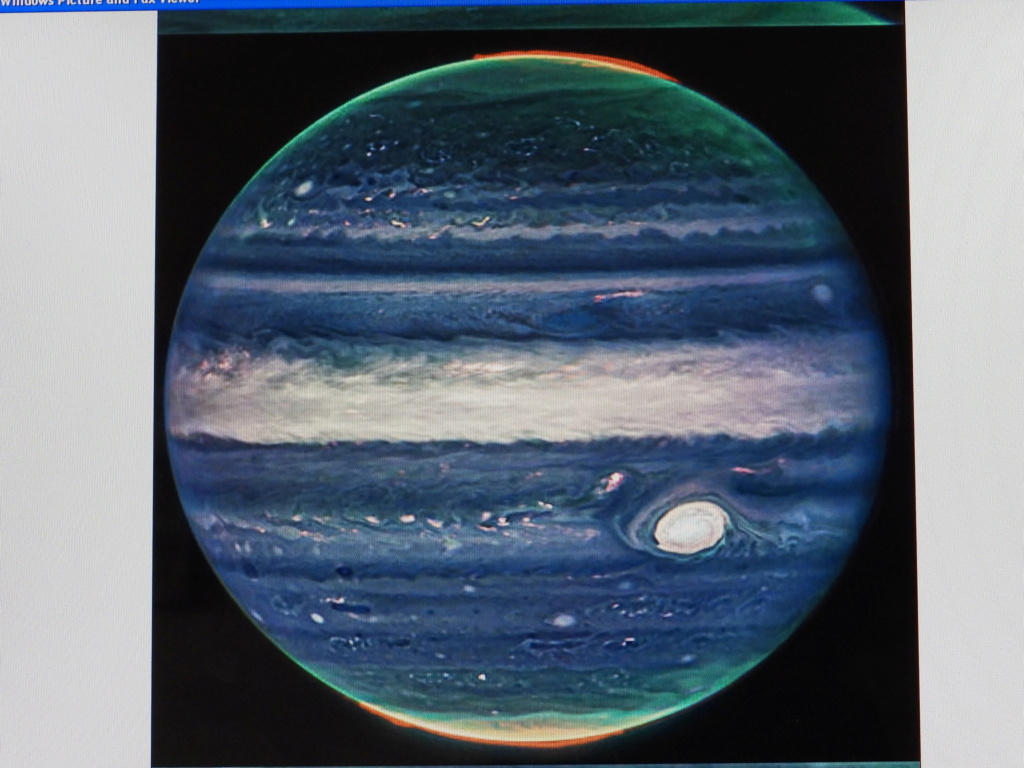