Bit of a Simple idea

Bit of a Simple idea

Now before I even beginI want strenuously point out that I am not pointing this out as a fire fighting out fit , rather just a simple idea of carting water about for people like my self in high fire danger zones and with limited water availability .What prompted me to write this ,was this morning had to duck into town to get another load of water as my reserves are running very low ,and I was talking to a chap ,when he remarked he thought my idea was a good one ,as he also lived outa town ,about 5k from the river ,but hadn't thought of it ,when like me using what we already have at hand anyway ,him owning already a car trailer , and a 1000l pod and borrowing a spare neighbours pump ,and down to the hard ware for a few fittings and hey presto I said you got yourself bit of a set up what i'm trying to point out that for us outa towners is that we've all got stuff we can use ,in my case a spare 12v pressure pump with 20ft of 13mm hose with fan spray ,the water containers already had as well ,a dual 12v outlet in the back of my car to power it ,as well as a 12v air compressor in the trye mending box already in the back of the cat as well ,to recharge the extuinsher , as well as the compressor I have in the shed as well .The 9L water extuingsher is a must ,for less than the cost of 2 ctn's of beer

Whilst I maintain this is not a fire fighting out fit ,it does however in the case of a '' cold '' fire allow me to transport water about the place ,and including my neighbours ,for spot fire / ember form of control .I'm also over the fact of watching  people in the media stories out fighting fires in thongs ,stubbies and singlet ,with a bucket of water 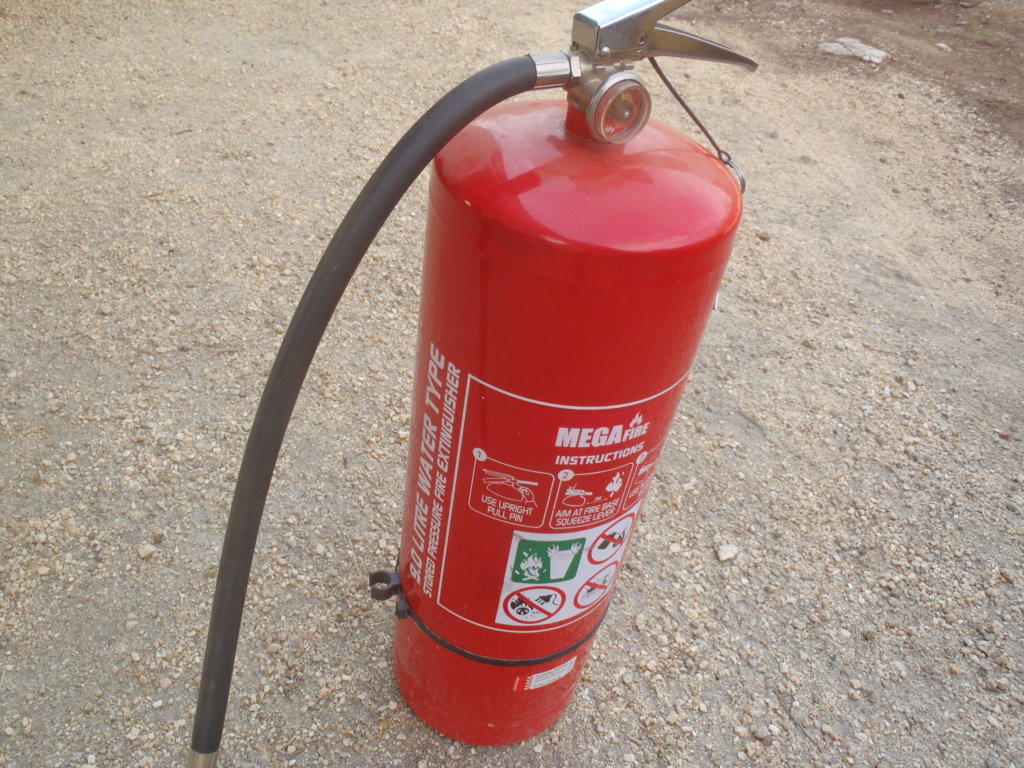 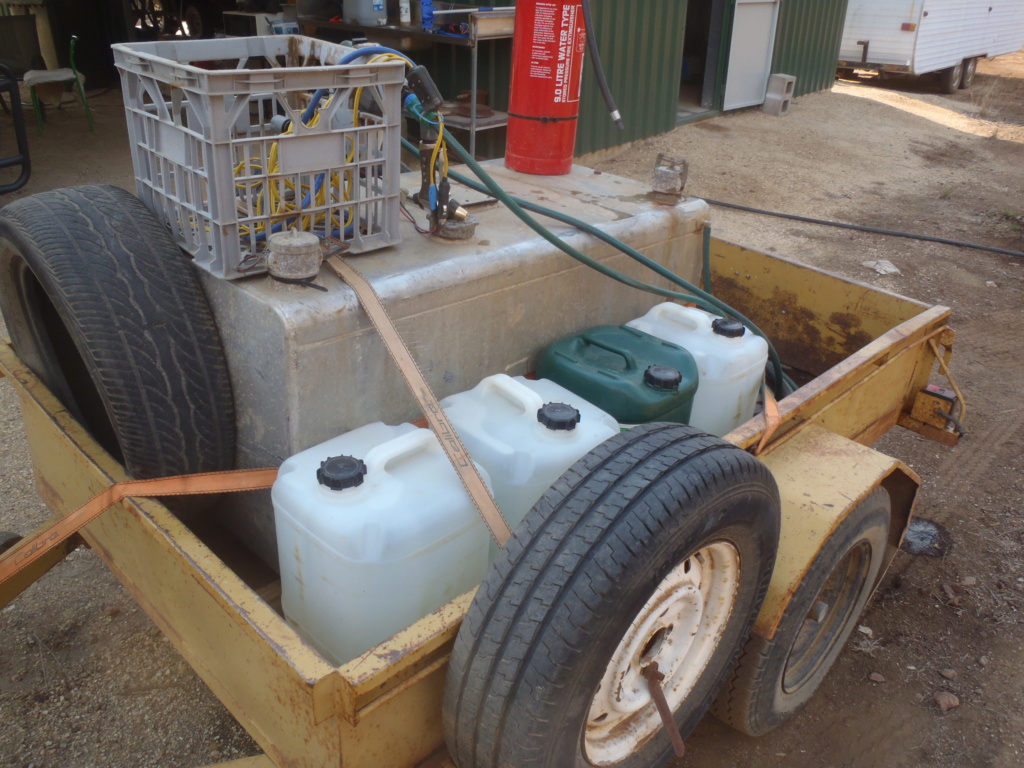 Re: Bit of a Simple idea

All good ideas start somewhere Hugh and that looks pretty reasonable to quickly squirt a shot of water on a glowing ember etc. that might be a threat.
I well remember the knapsack back tanks where the pump handle went over one shoulder to operate it by pushing up/pulling down and the other hand held the hose nozzle.
I think they might have been around 3 gals., bloody hard on the back anyway.
The tractor and dozer had a horizontal cylinder tank and pump in a bracket but only limited help if all the leaf debris mixed with leaked oil and fuel in the belly plates catch fire.
Saw a Cat D8 reduced to scrap that way.
Stay safe in those hills bloke.