I find this quite relaxing more so sometimes than using a detector. It can be fun splashing about in the water in the warmer months that will soon be upon us. ( though you would not think so with this weather we are having at the moment). All replys and feedback appreciated. I have a basic 2 foot aluminum sluice.

I guees that depends where you want to go..I take it that you are in NSW?
With these rains I would give it a couple of weeks to settle down before venturing creekside.

I use a highbanker as well as the detectors and i to quite enjoy splashing around in the creeks in the warmer months. Dont just limit yourself to the creeks themselves, i have found quite a lot of good gold by digging into old mullock heaps on the old workings, puddling it down then running it through the sluice. The old timers were only after the bigger nuggets and left a hell of a lot behind.
Ive done this in many locations around NSW including Nundle, Bingara, Sofala, Hill End and Ophir.

Ive done a fair bit in Vic but only once or twice in NSW, with good results..Any gold bearing creek in Victorias golden triangle is good value if there is water available, which can be an issue in summer, but the creeks closer to vics high country gold areas are good value in summer cos theres flowing water and the climate in summer is good.Ive tried the rivers and creeks around Crookwell in Nsw for good results.I only ever went to WA once with a detector and being new there jagged a couple of nuggets first up out of a creekbed, I often wonder if I went there in the wet season if I could run a lot of fine gold outta that spot through a sluice or similair.

A couple of photos of Vic creek gold..

Believe it or not but that gold came out of one bucket of dirt from a river near shepparton..so Gold can be found anywhere...

explorer wrote:I find this quite relaxing more so sometimes than using a detector. It can be fun splashing about in the water in the warmer months that will soon be upon us. ( though you would not think so with this weather we are having at the moment). All replys and feedback appreciated. I have a basic 2 foot aluminum sluice.

hey explorer you wouldn't mind podting a picture up off your sluice? i'm thinking off making one to take to a new spot that i'm at...
cheers
stoppsy

Stoppsy have a look here HERE You may have to create an account with them to view but some guys have posted pics of thier builds and give a good run through on the topic of making a sluice.

youngdigger wrote:"Believe it or not but that gold came out of one bucket of dirt from a river near shepparton"

Within twenty kms of shepp.Some of those biggger rivers have suprises in em, but right now they are running with a damn lot of water in em.

Is your sluice a river sluice or a highbanker? I took my riversluice to Hill End but there's not enough water in the creek to run it. LOL. 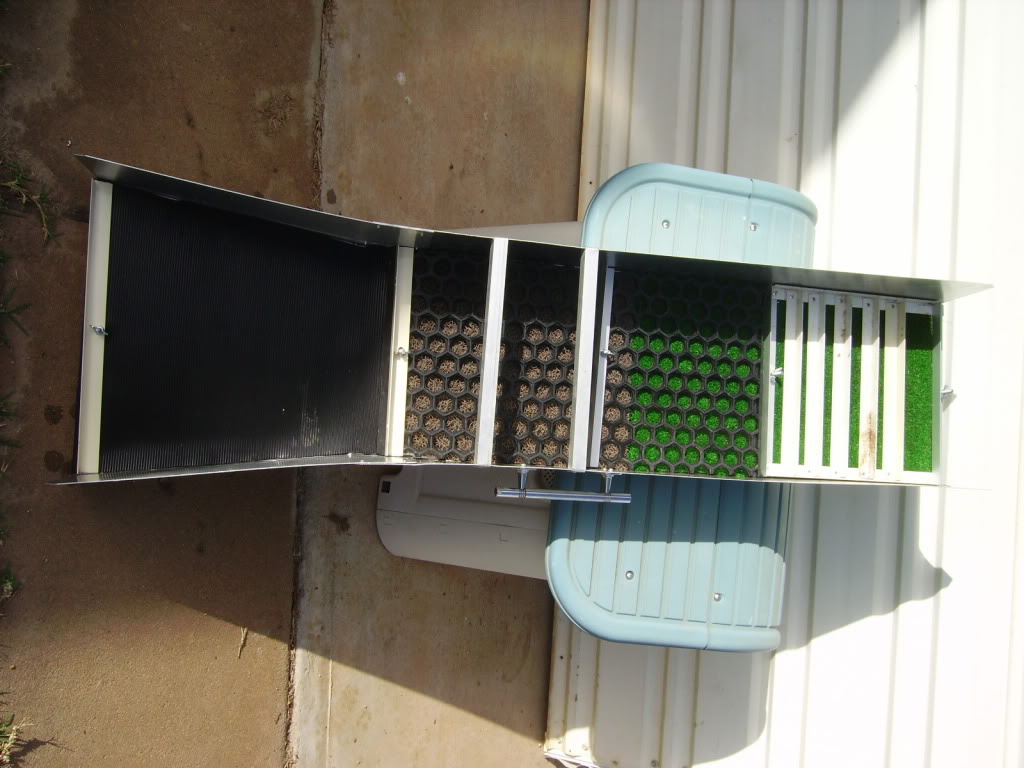 No fellows mine is just a river sluice which i bought a while back from a prospecting store.
With this rain in NSW and the warmer weather coming a sluice will be taken on most of my trips now with the detector. ( whether i use it or not is a different story ) just depends on the situation I suppose.

Thanks for all replies also on the subject. Interesting posts and great pics also.

Most of the goldfields in NSW have pretty decent gold locked away in crevices or old deposits missed by the old timers. I put samples into vials and bottles to show how the gold varies from one location to another but this is some of the leftover material mixed together in the one bottle. It ranges from very fine to coarse.

This was from a handful of dirt on the overburden on a property that I visit sometimes. The creeks on most of the privately owned properties in our goldfields tend to have a bit more gold on them compared to more easily accessed areas that otherwise attract weekly panners.

Areas like the Turon River can offer gold although this particular river has been dredged many times in the past and it's harder to find isolated pockets worth the effort. It's a big river and so there's usually a few spots you can try. Be wary of areas that have seen aggressive panning in the past by the first goldrushes - they'll have some gold there still but it will have been seriously worked by the time you arrive. Better to try the surrounding districts. The gold on the Turon is often quite coarse and it's fairly bright. Right now, all the good spots are pretty much underwater due to heavy rains here. Rivers like the Shoalhaven River are pretty much entirely gold bearing although the gold is quite fine (mustard gold) and as a result may be harder to capture with a sluice.

Further North at the town of Nundle, panning and sluicing is popular. Might be a problem with a powered sluice though because even though legislation appears to allow it, there's a local at Nundle who has convinced council there to restrict their use. In this case, it may be that the council can overrule any prior regulations.

It's up to you to do a little research to find accessible areas although most goldfields here have several places you can try your luck. Locals will often be helpful and will often suggest places for you to go. Should be a thousand creeks and rivers for you to try your hand at here.