now i am angry

now i am angry

I recently purchased Dunolly,s local paper called the welcome record. I was disgusted to see on page 2 a picture of holes in the road on alice st. Dunolly. The aurthor indicated they were made by detectorist, and there was a picture of water filled holes. These holes seemed unusually large so I went to have a look. The road had not been graded recently as there were large potholes every where, and that's all these bloody holes were. There was no sign of any recent detectorist activity along that road at all. The author said they had made a complaint to gold fields shire and that they were disgusted as well. I will be going to the editor and tell them to retract their statement which was false and untrue
Steve ps. will load the above mentioned photo,s soon

I'll go out and have a look myself. And if it is not true I will be also putting in a statement in the "Welcome Records"
wombat

I thought the same thing when I read it. 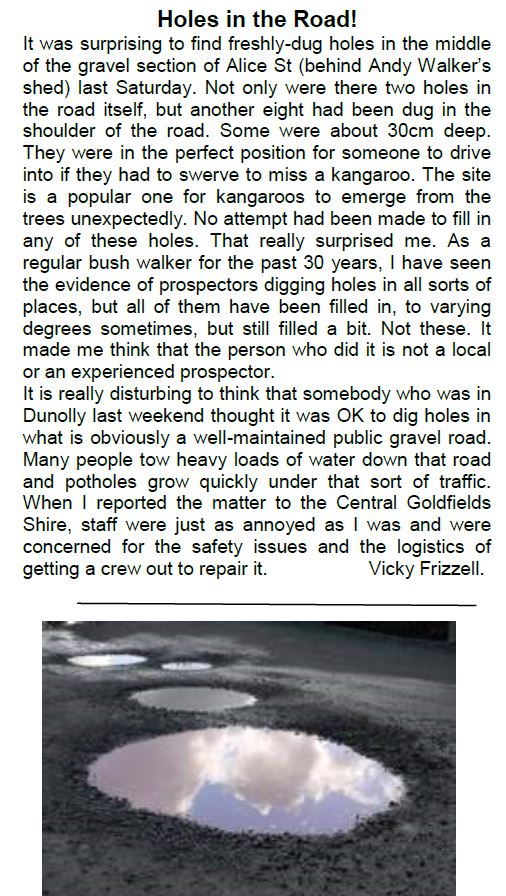 Those holes aren't from someone digging!

I rest my case

you can read the article here = https://www.dunollynews.org/
Edition of 5th December.

Bugger me, if that is not evidence of " Greenie`s going mad" then i dont know what is, it is crap like this that is going to shut us out of this great hobby, those holes are normal pot holes made from traffic, and to misrepresent that shows just how far those greenie scum are prepared to go, after seeing this i think as far as VEAC goe`s we are screwed.

thanks for posting the article and pictures redfin, I ran out of time to post it myself, honestly what hope have detectorist who do the right thing got, and then bulls###t like this gets printed.
Steve

I went out there today to have a look. Part of that article, unfortunately is correct. There were un-filled detector holes on the side of the road near Walker's shed. About 7 all up and only about 1 to 2 weeks old.. The deepest being about 250mm deep. I went around and filled them all in. But the holes in the picture of the artical were not detector holes but pot holes, as the road was full of corrugations and water ruts or runs across the dirt road. The road did not look like to me that it had a grader over it for months. So of the pot holes in the road and I think this is the same ones as to the photos in the article. I'm trying to contact this lady that wrote the article to explain the difference between detector holes and pot holes. 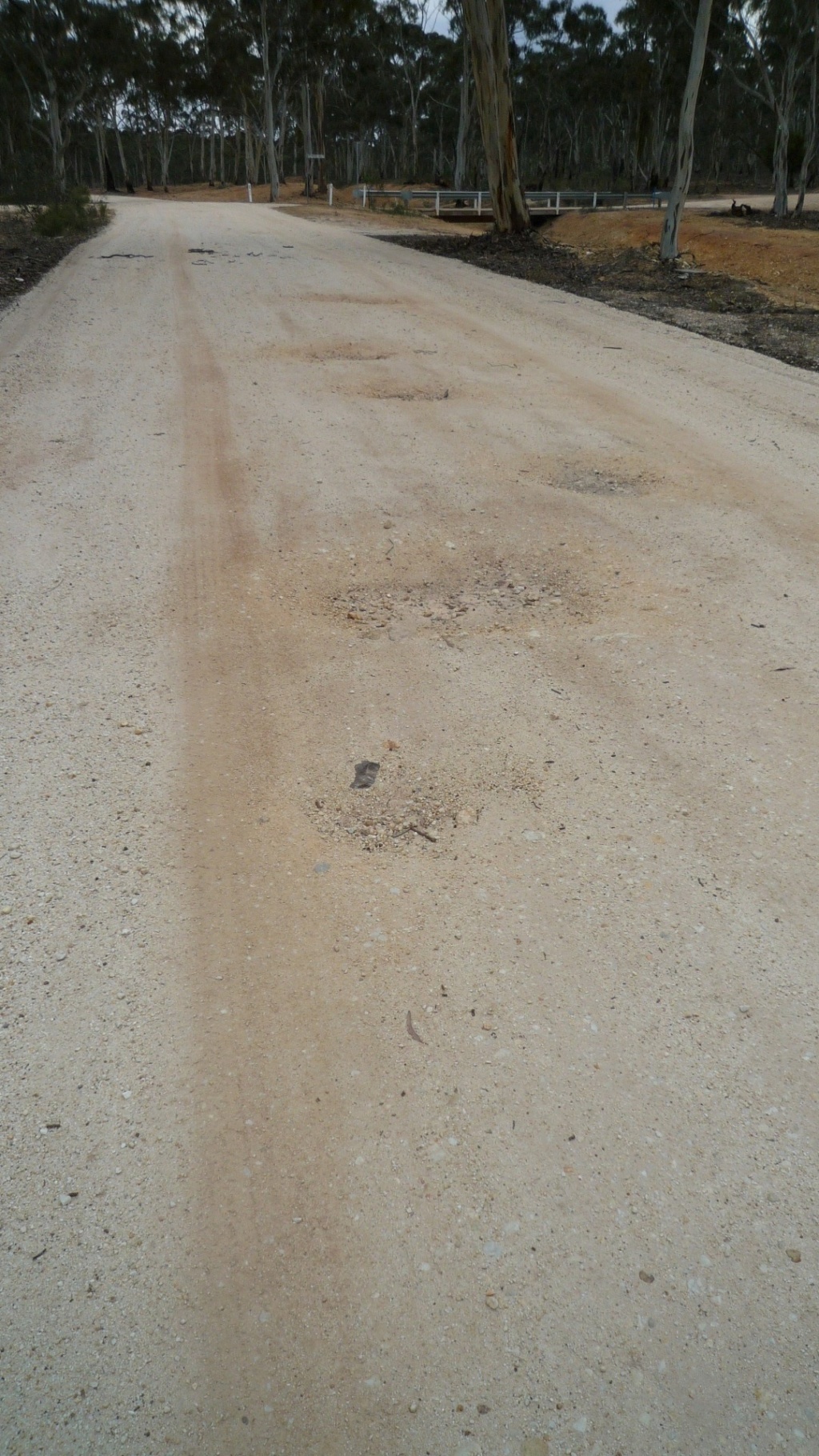 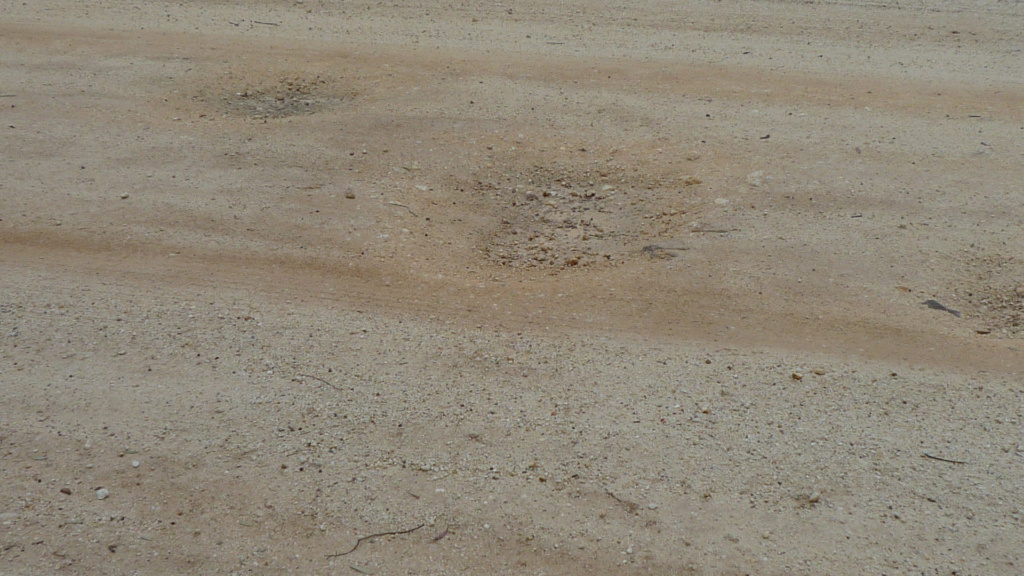 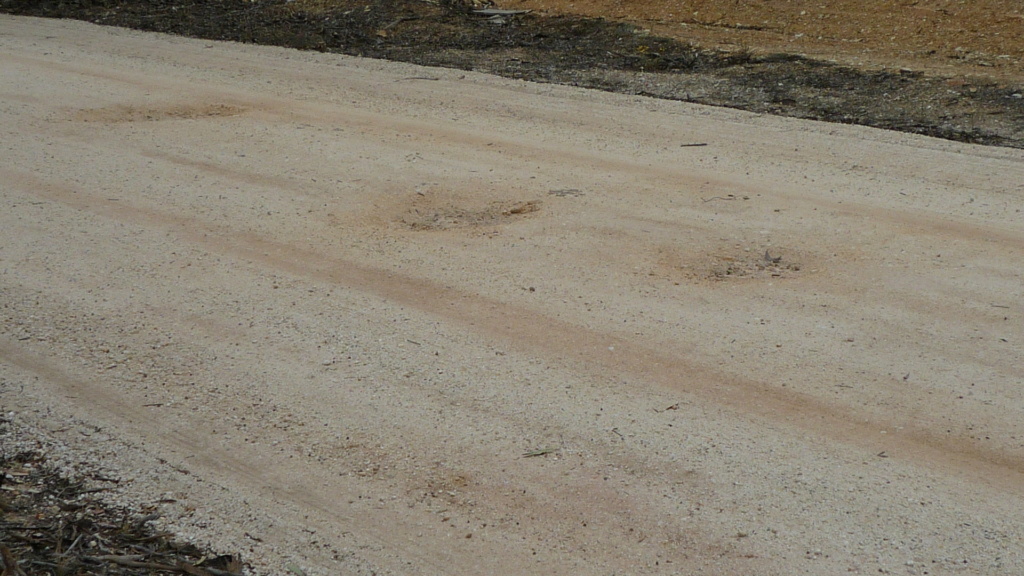 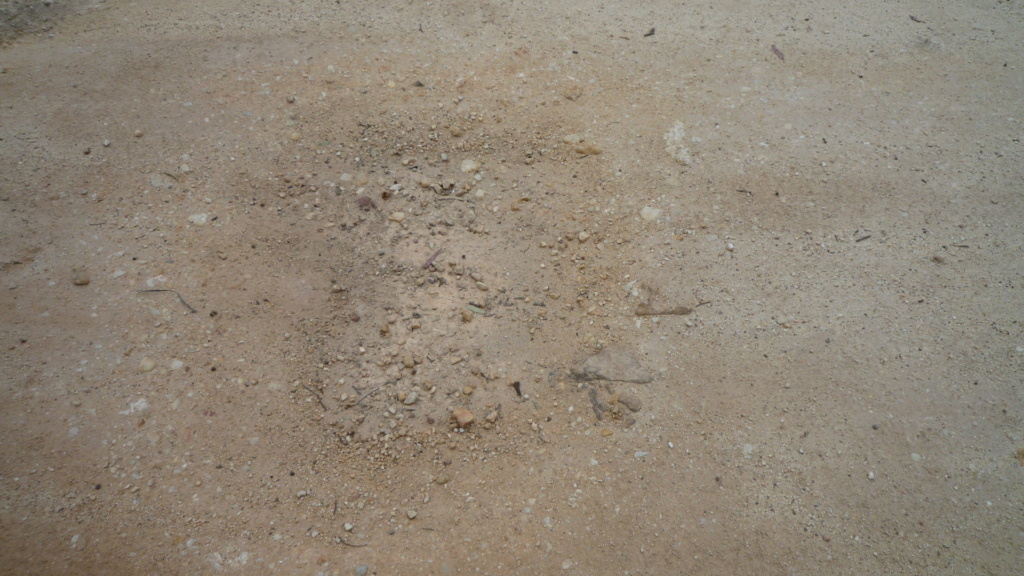 Couldn’t Agree more with you all above.  You would think they would have gotten the facts “RIGHT” before putting it to “PRINT”.  Not very good for the Editor.

Not living near there but seeing the pictures, there is detector holes all over australia in the dirt roads every where. Somebody has been very busy.  This Vickie Fizzer is a real typical reporter with no interest in anything except pushing her brainwashed agenda.
Prehaps every forum member should email her and tell her that potholes are naturally occuring and at the same time give her some other bu!!sh!t rubbish to report. Sent email, see if she responds

The PMAV a few years back did a demonstration of detecting and prospecting impacts with representatives from various government bodies such as Parks Victoria.
It was in the Castlemaine historic area, anyway out of all the officials attending a Parks rep, kept pointing out the damage caused by prospectors, mainly unfilled
holes, lucky we had a few of the top highly regarded PMAV prospectors who were able to prove the holes he was referring to where dug by rabbits & echidna,s.

I have noticed since the Gold price soared above $1000 an ounce post GFC & the Gold shows hit PAY TV a rapid influx in the number of people wanting to take up prospecting,
and who can blame them, there is a chance of good finds, enjoyable past time in the great outdoors Australian bush, also good for meeting up with others that share the common interest.
Though the influx has certainly brought about evidence of holes not been filled in, i try to refill in holes left by others often and some where HUGE holes? I like to think that karma will get
to those doing it by ensuring they don,t find any gold?

Not that i am a member of any Facebook based gold groups, i know a few prospectors that are. I have been told that someone posted the best place for detecting was on the nature strip of
residential houses in Maldon and this was best performed between the hours of 1:00 am and 5:00 am, and to tell any angry or upset resident to go jump as Miners Right allows for it? When
other members posted this was simply not OK the idiots abused them? The other interesting one i heard was about areas were prospecting is currently prohibited, a post stated that the best
thing to do was to just go where ever you please with total disregard for laws and private property and if confronted to just stand your ground?

It does not portray the general prospecting community a good image. Non compliance is used against our entire group, the greedy and uneducated need to abide by the rules.

Definitely look like pot holes,I have a dirt road just around the corner from my house,it regularly forms pot holes.
I ring the shire every few months to come and grade but I have to say the method in which they grade/repair is questionable, they do a light push with the grader
which refills the potholes with loose dirt,within a few weeks the same potholes reappear .
Instead of ripping the dirt road to the depth of the holes then grading and then a compaction roll the condition of the roads soon deteriorate quickly .
I'm no expert in dirt road maintenance but obviously cost is a big factor.

Vickie is not the sharpest tool in the shed

Koeh, I can relate to peoples frustration here, but do try to keep the vulgarities to a minimum.

If you read the "about us" section of the paper's website you'll find it is produced by 12 volunteers and distributed across a number of towns in the VGT region.  Local businesses advertise in that newsletter and if I was one of them I would not be too happy to learn that a significant section of the community and my potential customers, both local and from outside that travel into the VGT, are being misrepresented which may turn them away...

Gday. How about a bit of respect for others. Do your homework on this and the person you lot are putting down. Grow up. No wonder some want you put of the bush. A pack of hero's in your own mind. And yes I am holding back.
Regards
big fella

Well said Big Fella, we need to be respectful at all times. cheers Pete.

big fella wrote:Gday. How about a bit of respect for others. Do your homework on this and the person you lot are putting down. Grow up. No wonder some want you put of the bush. A pack of hero's in your own mind. And yes I am holding back.
Regards
big fella

no wonder I don't post much, all I was trying to do was make people aware that sometimes local papers don't get their facts right, I was not having a go at the said author other than to check things properly before putting it in print for everyone to see and read. and 2 people on this forum checked the road where the supposed detector holes were, my self included and it was proved by wombats pics that they were indeed pot holes, so I was not putting anybody down
Thanks Steve, (not trying to be anybody's hero, and yes I am holding back)

Once again, I take no delight in seeing what starts off as a positive post, only to quickly spiral out of control with negativity. There is no need for such. There's always a right way of going about towards correcting someones wording/write up, without the vulgarities thrown in.
Regardless of who's more in the right or wrong, there is never a need for dis-respecting one another. It always pays, to choose ones words wisely.

I had a very pleasant talk to Vicky Frizzell (the author of the article) last night. And she informed me that she did not attach that photo to her article, the paper did. We discussed the detector holes on the side of the road that she mentioned in her article. I informed her that I went up to the spot and agreed they were detector holes and that I filled them in. She then informed me that on her last walk to the area that she did notice the holes had been filled in and thank me every much in doing so. I told her this in not a normal practice for prospector to dig up roads and it is against the law to do so. Vicky was telling me she walks these areas often and this is the first time she had noticed any destruction on any of the local roads that she visited, and knew it was not a common practices of prospector. She would not have said anything at all, except it was done on the road. Had it been in the bush you would not have heard a thing, she informed me. She was basically trying to send a message to the culprit who done it more so than trying to give prospectors a bad name. She is going to put in another comment in the local paper thanking me and the PMAV for rectifying the problem. We both finish up with a good understanding and wishing each other well.
wombat

thanks wombat, all in all this has been a good outcome.
Thanks Steve

Well done Wombat.We still do get the occasional idiot doing the wrong thing.I can remember a few years ago someone actually dug holes through the bitumen on Old Avoca Rd about 1 k south of Pyrenees Highway. Unbelievable.
Cheers Dig