hi all I would like to know if there have been any sightings of snakes in particular in the golden triangle area in vic eg maryborough Dunolly Talbot Wedderburn etc.... please let me know thanks also any tips and hints regarding snakes thanks tim

Yes , the snakes are now out looking for a mate. You are more likely to be run over by a bus or truck than bitten by a snake. Just give them some space, if you attack them they will attack you . They do not want a fight . Always keep your eyes open and concentrate on your surroundings . 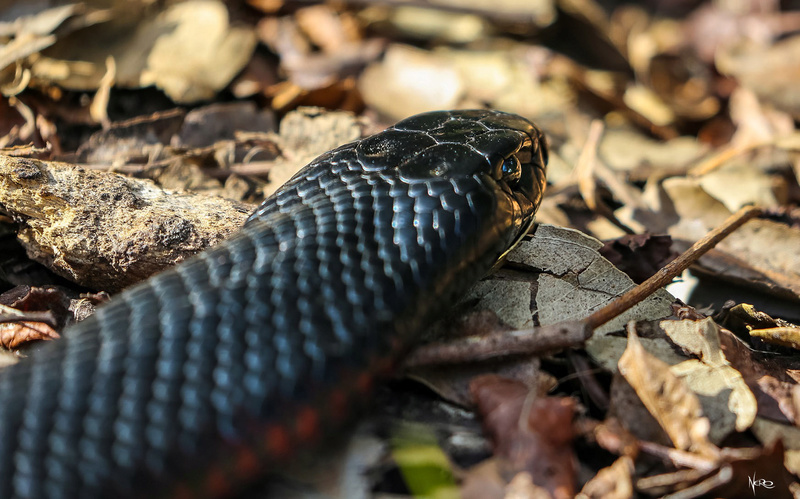 A Red Bellied Black Snake that I photographed earlier this year. (NSW)

There was a warning on the television tonight (Channel 10) about snakes.

They said there's a "Snake Tsunami" on the East coast of Australia at the moment.
They warned of Browns and Tiger Snakes being particularly active in the new warm weather... but all snakes will be out and about now.  The snake catchers tell me that they're active in Victoria as well... so your weather must be warming up just like NSW.  Queensland and the Mid-Central Coast is just crazy with snakes at the moment due to the increased temperatures over the last month.

I'll be in the Goldfields in a few days and will (unfortunately) be shifting material that almost certainly will have a few recently hibernating snakes behind it.  At the moment, the snakes are on the prowl looking to mate. The snake catchers are working overtime and there are large numbers of reports this week of snake sightings.  Some friends of mine were in the Blue Mountains and came across a freshly hatched Brown Snake... even stepping over it before deciding to take a picture for their Facebook page.  I've heard that baby snakes can't control their venom yield when they bite.... so don't think that the little ones can't be dangerous as they may simply inject all their venom in a single bite.  It's still just as toxic drop-for-drop as an adult's venom.

Almost every snake bite on record in Australia is the result of someone trying to capture or or kill a venomous snake.  I think last year a Prospector died from a Brown Snake bite in WA.  The newspapers said he (and another man) was trying to kill the snake because they had kids at the park. The WA Brown Snake is a little faster than most Eastern species and it bit him before he could jump out of the way. And he died.  That's the only death I know of involving a prospector in many years. It's not worth the misery that renal failure and tissue damage brings with it from a bite, should you survive it.  Just keep your eyes peeled and watch the ground. I'll be wearing my snake gaiters out there but the Forestry rangers in the Bathurst area wrote in a recent report that the Tiger Snakes often bit higher on the leg, up on the thigh.  So they've taken to wearing waders in the long grass.

Some of the members here posted some shots of Tiger Snakes on the ground in the spring a couple of years ago and they were so well hidden that it was almost impossible to see them.  Watch out for snakes seeking shade underneath (and sometimes inside) cars when they're parked too.

I like snakes and I'm not worried about finding them, but I do fear the Death Adder because it sits motionless and does not get out of your way like other snakes do.  More often than not, they're actually buried below the leaf litter with just their eyes sticking out.  It's also the fastest striking snake in the world and can deliver two full doses of venom with two separate bites in under one second.

There's a list here of the 10 most venomous snakes in Australia: It also describes the effects of some of the venom. http://www.worldatlas.com/articles/10-deadliest-snakes-of-australia.html

Be sure to carry a pressure bandage with your first aid kit.
It's also illegal to kill snakes in Australia (they are all protected)... not that everyone cares a whole lot if there's one in the car or inside their tent.  The advice from the experts was to remain still until the snake moves on and to avoid them in general. 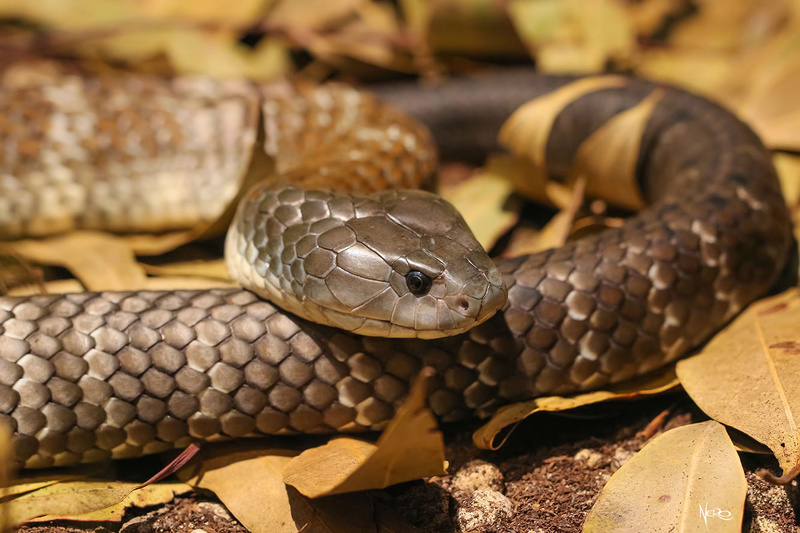 Minermike wrote:Yes , the snakes are now out looking for a mate.  You are more likely  to be run over by a bus or truck  than bitten  by a snake.  Just give them some space, if you attack  them they will attack you .  They do not want a fight .  Always keep your eyes open  and concentrate on your surroundings .

Thanks Minermike, Your advice everyone should read closely, and take notice, all the other hype is purely sensationalism.

Hi Tim
Some good advice there
There are are lots of dead snakes on the roads where i am..
So yes they are out and in Victoria when the warmer weather comes out just be careful

hey guys ,they are on the move up here aswell

Hi Tim
Yes be very careful,I came face to face yesterday with a brown snake about 2m in length.It had raised up about my belly height as I was walking quickly to the car at the end of the day.Fortunately I had the coil up at the time blocking its head as I walked into it.It wasn't aggressive in fact very docile I must have startled it whilst sun baking.A very close call.

can anyone tell me please thanks

Hello Tim
Snakes will be out from now on, specially on the warmer days. So just be careful, look around where your walking and you will be fine

Tim,
Have tramped this wonderful land of ours since I walking age, my father taught me bushcraft, shooting & survival.
All these lessons prepared me for later life and finally the gold fever.
The one lesson he taught me and I swear to it this day, if you encounter a snake, leave it alone and it will leave you alone. (Usually slip away before you even sight it.)

In my early teens I kept a pet python in my bedroom, it hibernated in the wall of my room. We had visitors one day who wished to see my python, against better judgement I pulled "Joe" from his sleeping place.
You guessed it, he bit me, lesson learned. "Let sleeping snakes lay."

I have a place in NSW just over the border was up there last week. We have a river running through it and the first thing we saw when we got to the river was a snake I think was a red belly swimming across it. Swim bloody well they do.

keeif12 wrote:I have a place in NSW just over the border was up there last week. We have a river running through it and the first thing we saw when we got to the river was a snake I think was a red belly swimming across it. Swim bloody well they do.

Not only swim well on the top of the water, they can swim underwater and not come up for yonks. I had a laugh one time watching a black swimming across a creek and a willie wagtail dive bombing it and pecking it on the head.