Hi Guys. Took the Zed for a late afternoon walk back to one of my well flogged patches. Took my spare pick after breaking my good old faithful Walco pick last time I was out. I continued on from where I left off the previous time. The ground was a little bit lively as we had a heavy down pour of rain during the previous night. The Zed was a bit more touchy but after several ground balances over the ferrite & a few auto tunes I got it to a manageable steady threshold with out having to change any of the other settings. 5 minutes in to it & my first very faint little signal. 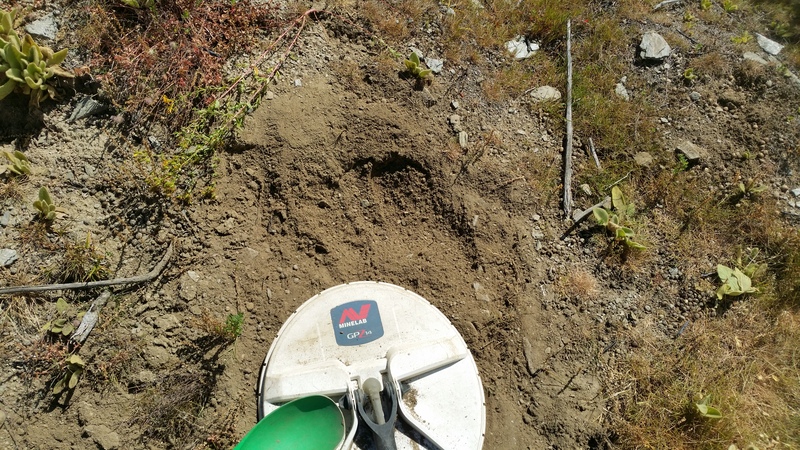 Couple of scrapes & it was out. 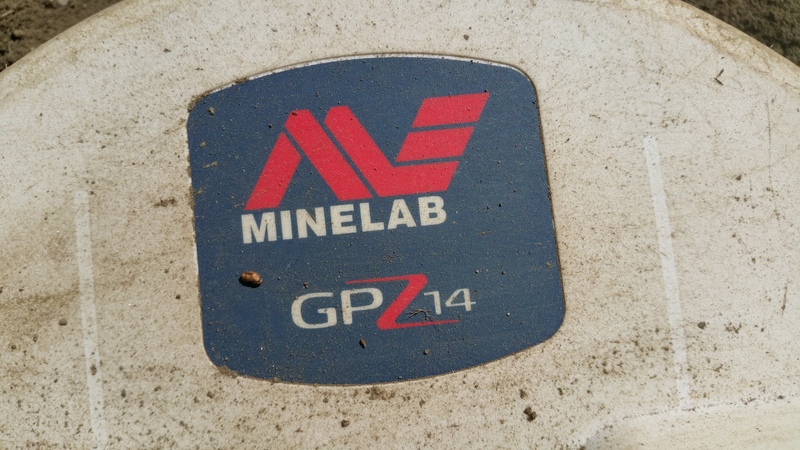 Ten feet away & more of a hunch that there was a signal & not very convincing at that. Gave it a few scrapes & it improved very slightly but was now sounding like a very faint signal. So I scraped on down until I hit the schist bed rock. Which wasnt far down. You will just make it out in the pic 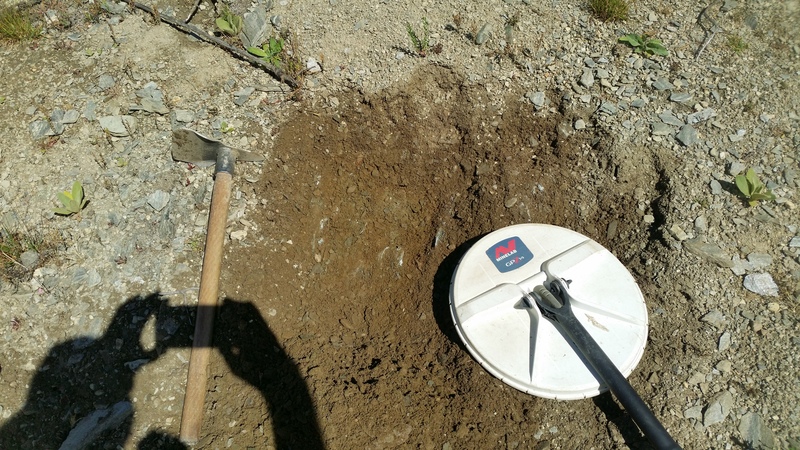 Signal had really improved now so I scraped out two crevices that had opened out in the hole. 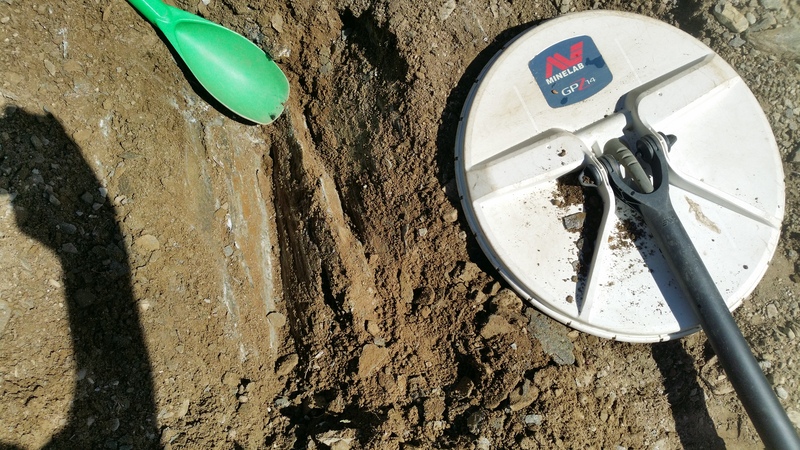 I had brought a screwdriver today to scrape out just such crevices....& bingo. A sassy bit of gold 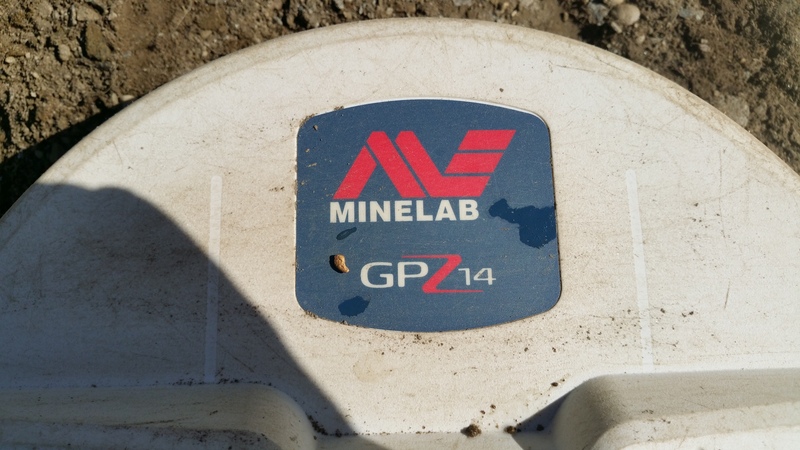 Before I back filled the dig I scanned the hole & the dug out dirt pile. Another wee signal down in the crevice. 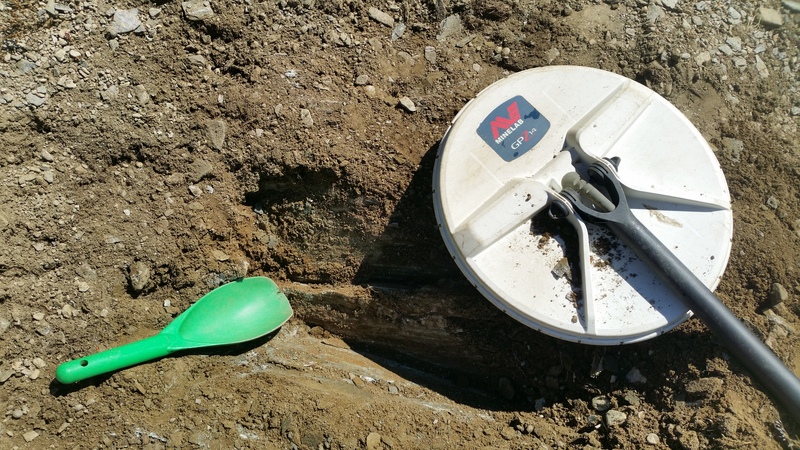 Another little bit of gold 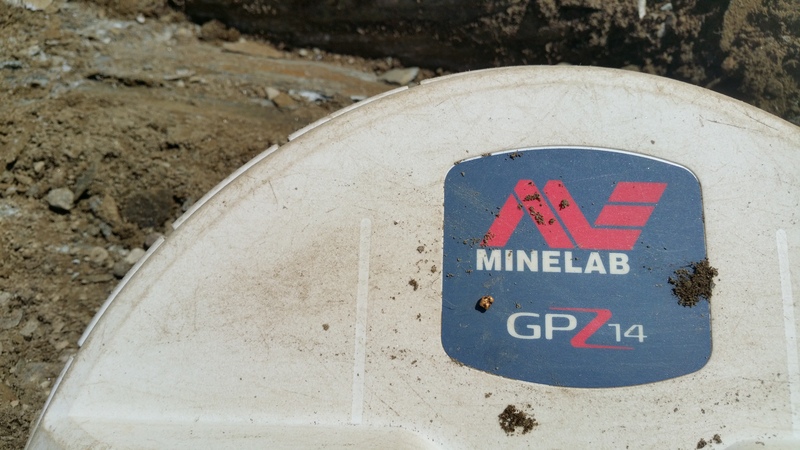 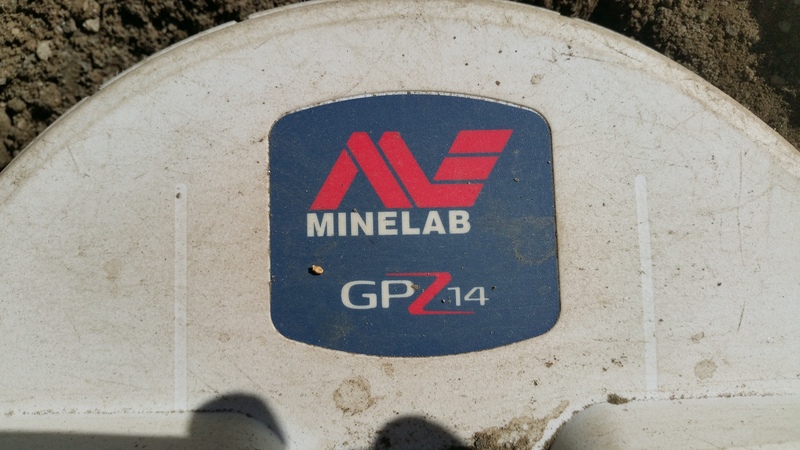 I stopped for a bite to eat & a coffee before carrying on. Had a bit of a dry spell for a while before another very faint little signal. Again....down in the schist bed rock 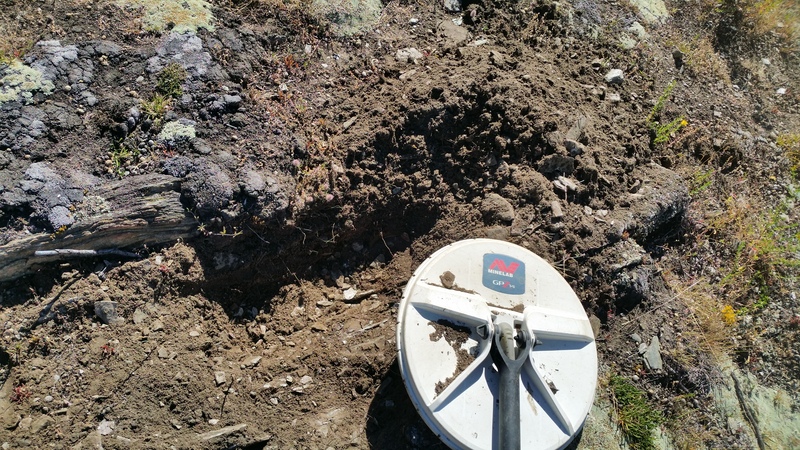 Tiny gold it was 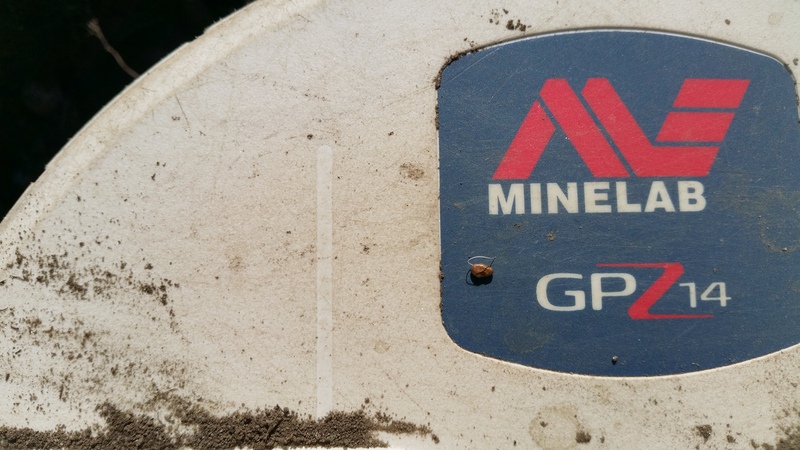 This a pic looking down slope of the exposed schist bed rock tilted up on edge. 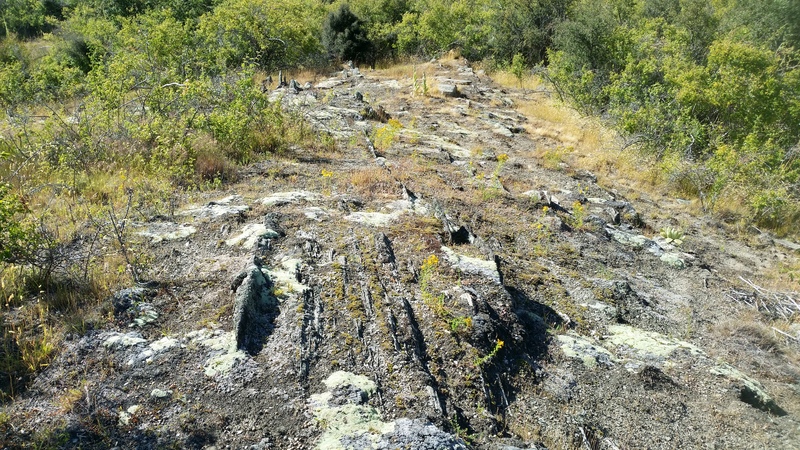 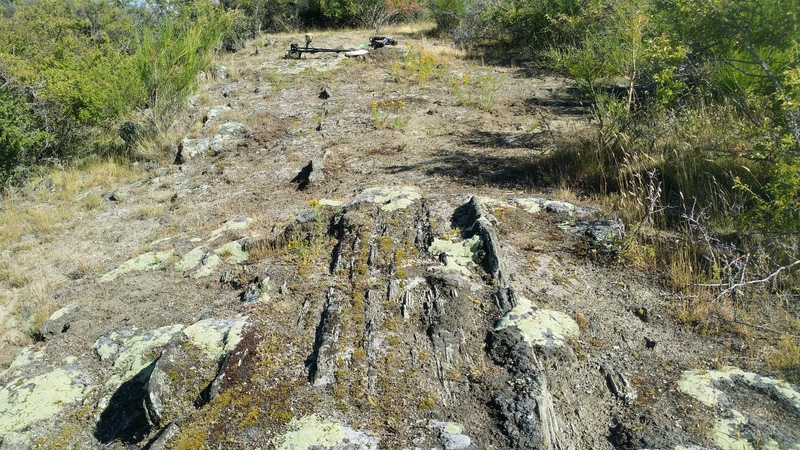 This is a surfaced area from the old timers. That little shallow gutter running up to the left produced many bits of gold for the GP 3000, the 4500 & now for the Zed 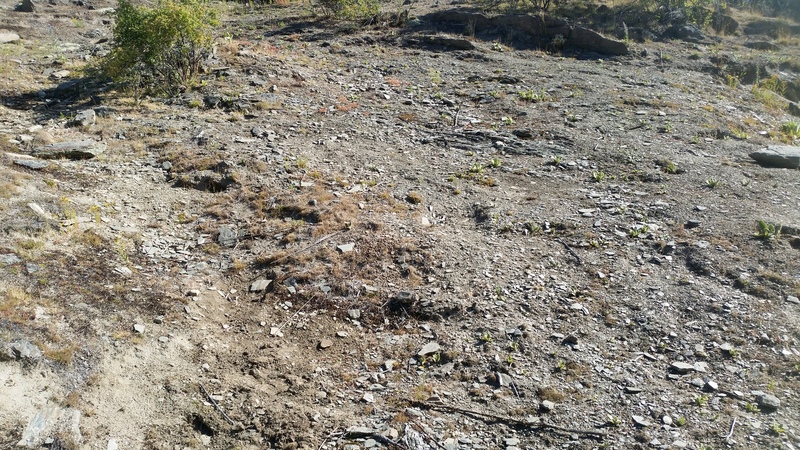 Just to the right of that green bush (briar rose) is an old small throw out pile from the old timers & is where I got the next three tiny bits of gold from. 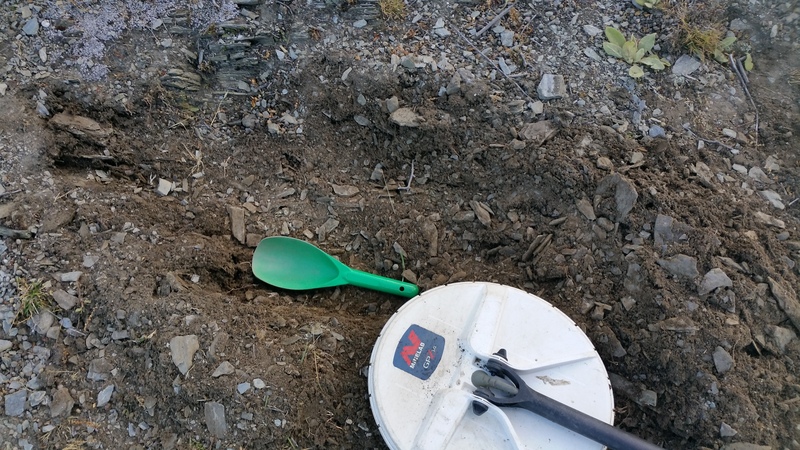 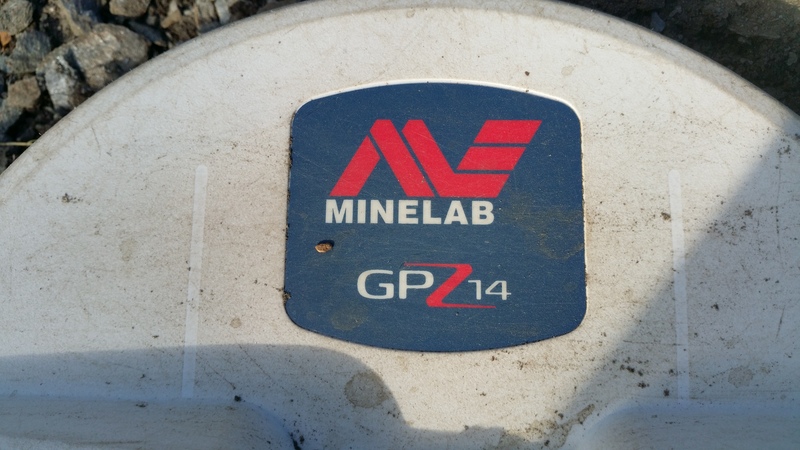 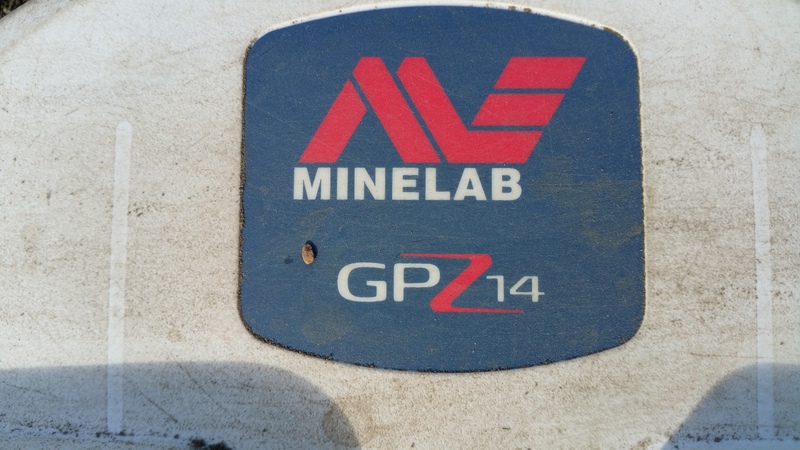 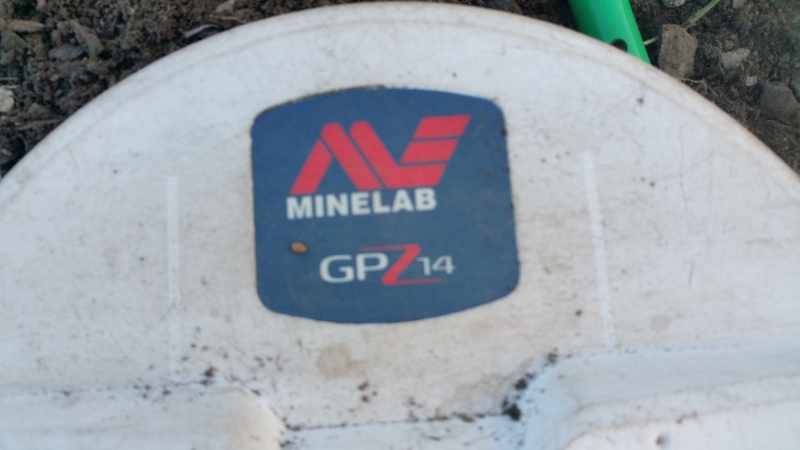 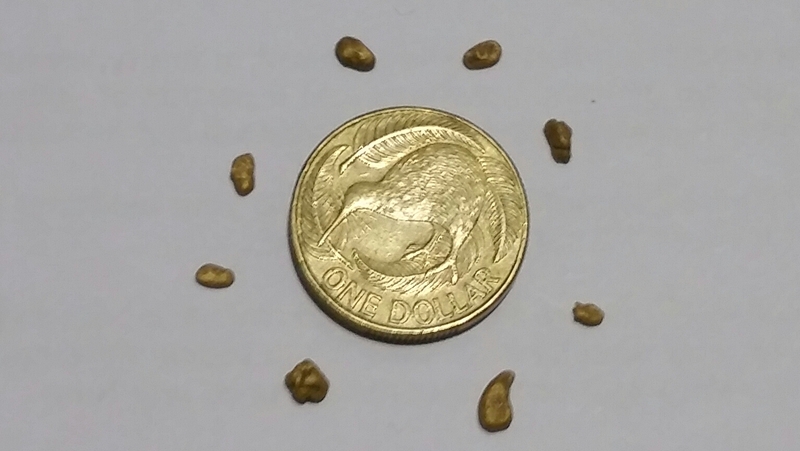 good on ya mate

I whould be happy to pick them up all day, lets hope theres a big fella there for ya! took a mate to a little patch of mine I called the rabbit patch as all the nuggets are about that size (rabbit shist) and he nailed a 37gm near solid

they can be anywhere!!! good luck,joe

Wouldn't want to get a deep tight crevice with the spare pick mate as she's a little warn on the pointy end haha.

Thanks joe82. I could dig rabbit shite size gold all day long.

I have one of Davsgold's new picks on its way to me. I really needed a new pick & he did me a deal I couldnt refuse.

Went out for a real quick detect friday evening & scored just one piece at .3 of a gram. Went out today, saturday & I forgot the bloody WM12. Left it on the damn charger at home. After a 2.5 hour drive. I felt like turning around & going back home. Got all the way to this little gully &

I had the Gold Bug 2 with me that I use as my pin pointer & discriminator. I had no choice but to have a play with that. It was better than going back home. I knew I was not going to get any good sized bits but I had no choice. Ended up getting 37 small bits for just over 2 grams. And 5 thousand million shot gun pellets