PMAV CLEAN UP OUR PARKS DAY

PMAV CLEAN UP OUR PARKS DAY

Gidday members - Would any prospectors be interested in putting their hands up to help with a 'CLEAN UP THE PARKS DAY'?? - We just need numbers at the moment and this also involves the PMAV members in particular - Lets show the Greenies that we fellow prospectors will continue to clean up our Parks - I have contacted our local Parks Officer David Major at Bendigo - I think this is a fantastic idea and we could have our clean up day at the Whipstick National Park - Please read the following, as it involves a fantastic prospector who you will all know as "Wombat" (Bill Schulz) and I, as PMAV President of the Bendigo Branch will get behind Wombat on this one and hope you all do as well

This is what Bill (Wombat) had to say.

Some weeks ago I spoke to Rita Bentley about an idea that I had about working with Parks Victoria and their Rangers, cleaning up our State and National Parks. As you know right now we are having an up hill battle with the DEPI and the Greens, to try and get some parks opened for prospecting and to keep others opened still for the wet water prospector. My self and another chap named Ron had almost the same idea and the both of us at separate times spoken to Rita about our ideas. She was more than happy to back us and the idea if we could get it organized.

This is our idea:- all sub-branches have State or National Parks in their area, and if they could get together with their local Ranger and offer their time and labor to the Park for only one day a year and clean up some area of that Park under supervision of the Park Ranger. I think that this would go along way toward keeping or getting Park Victoria on our side and at the moment we need as many friends on our side as we can get. Remember the Rangers are on the front line and if the DEPI or Greens want to get any ammo against prospectors and prospecting in general, were do you think they are going to go to, the “Park Ranger”. I have spoken to our local Ranger Rob Brouwers at Maryborough and he thinks this is a great idea and he is willing to get rubbish skips, plastic bags and gloves. He is also thinking of having a BBQ afterwards. We only need to do it for a few hours and with at least 12 people you would be surprised how much can be done. I would like to see all branches coming on board with this idea as I think it would show everyone, what is being said about the prospect and the so called environment damage he or she is coursing is untrue and that we do have the environment at heart. I would also like to see if all branches can do the clean up on the same day. I think we should also organize some sort of publicity like local new papers as well to do a write up of the days activity’s

So if you could now put it to your members and see what they think of the idea and let me know please. I have already spokes to our Central Goldfield members and they are all for it and think it is a great idea.
Bill Schulz (Wombat)
0419 008 548 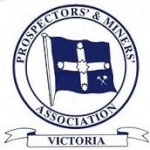