Was using a Cobra 105ah deepcycle/cranking battery too run the fridges charge detector batteries etc.
The last trip in 2013 found it would run the fridges all day while the solar was topping it up, come the night it would be dead within a couple of hours after dark.
Got home took it down to Battery World and their tong test came back positive?
Took it home trickle charged it in the shed over summer and the voltage hovered around 13V.
Getting prepared I hooked up my old 39L Engel to give it a test, within 3 hours it had stopped on low voltage.
Took the battery back to the experts and they told me it was in perfect working order and that there must be a heavy drain dragging the battery down.
Thinking the worst that my old Engel may be the culprit.
At home the c-tek battery charger was hooked to it for three days to go through a recovery cycle.
Next trial I soldered a couple of wires to a tail light globe and left that burning, about 4 hours later once again the battery was down.
Fitted the battery back in the ute and took it to the shop. The attendant came out with all their checking gear and I turned both fridges on., while we stood there you could see the voltage dropping off very rapidly even though the solar was putting in 2.5amps.
A tong test on cable running to accessories showed a 6 amp draw down which was consistent with two running Engels.
The long and the short of it I bought a new battery, left the ute in the sun to enable solar charge until dark. This morning both fridges still running, one on freeze (-7°C) the other on fridge (+3°C)

Any battery gurus out there who can explain why a battery that passed all the load tests at the shop failed to perform?

Hi Peter
Thats an unusual one.Seems like the capacity has been affected but theres enough surface area on the plates to pass the tests.I,m guessing a large area of the plates are sulfated with the remaining doing the cycling.Just a guess here.
Steve

I agree Steve,
Maybe just one good cell left to fool the load tester, but not enough for longevity....

Hi NJ,
Because the pissy little load testers don't put enough load on a battery to be 100% accurate. The SuperCharge load tester I have is usually correct, but occassionally it says a battery is good when I suspect it isn't. The Durst carbon pile load tester soon sorts them out as you can apply up to 1000cca to a battery. If the voltage slowly falls while the current climbs, and holds then it is OK. If the voltage falls and after about 15 seconds, rapidly falls along with the current then it is time to replace it.
Cheers.

Sounds like a good tester would have sorted it out then.

That is how our batteries in our van went (2x110 ahr) they were fine during the day with the sun and top up when genny was running, but I would wake up early to see the regulator showing low bat light on. We have since fitted 2x130 ahr batteries and they are working fine. Did notice with the old batteries they didn't take as long to charge up towards the end.

I think that is maybe a sign that they are stuffing up.

Hi Mike,
That is a sure sign they are on their way out. When the battery gets weaker it doesn't hold as much charge, hence recharges more quickly.
Cheers.

Thanks for that Qld Sandy and I forgot to mention the batteries were only 3 years old.

Thanks fellas,
These sort of problems always bug me, at least with the answers here it is coming a little more clear that battery testing needs to ramp up a notch or two.
Anyway with the new battery the supply of frozen meat and fridge full of veges, all should be good out in the mulga for a month.

Now where are those nugs?

Gday Peter
I've found this to be the most frustrating part of our caravaning/prospecting life. Got burnt last season with a 100ah acdelco deep cycle, just over a year old and died completely. I run two 100 ah batteries in the van and it really is a bit of a lottery as to where you are at any point in time. Guess it's really not a big deal but as it's still luxury compared to a few years ago.
cheers
Brett 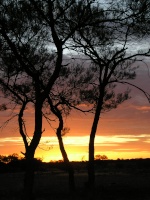 It is my understanding that if you add a second battery to an existing one, either in series or in parallel, the weakest battery i.e. usually the oldest, is the weakest link.
That is, the charger will stop charging once the weakest battery is "full".
Therefore if the weak battery has only 75% capacity, the better battery will also only be charged to 75%.
That's when we strike problems with our battery systems.
The "Gurus" recommend installing new batteries with the same capacity and type to overcome charging problems.
Plenty of information on the web confirming this matter.
Food for thought
spinna

Yes I have read the same about mixing the batteries and that is why I removed the old batteries and replaced with new ones with a higher AHr ones. Hopefully we shouldn't have any problems with these new batteries.

You will be on a winner there Mike.
cheers   spinna

A mates got a diesel workshop,I was quizzing him about a battery as I just got a engel and solar,he had been recommending a certain type of battery for a good while only to find them failing miserably over the west.it seems they weren't accepting a total charge when all tests said they were,I ended up with a ssb dry cell deep cycle it seems ok.only used it for 5 days.time will tell.

you gotta love em eh, here's one someone put on deep charge a while back 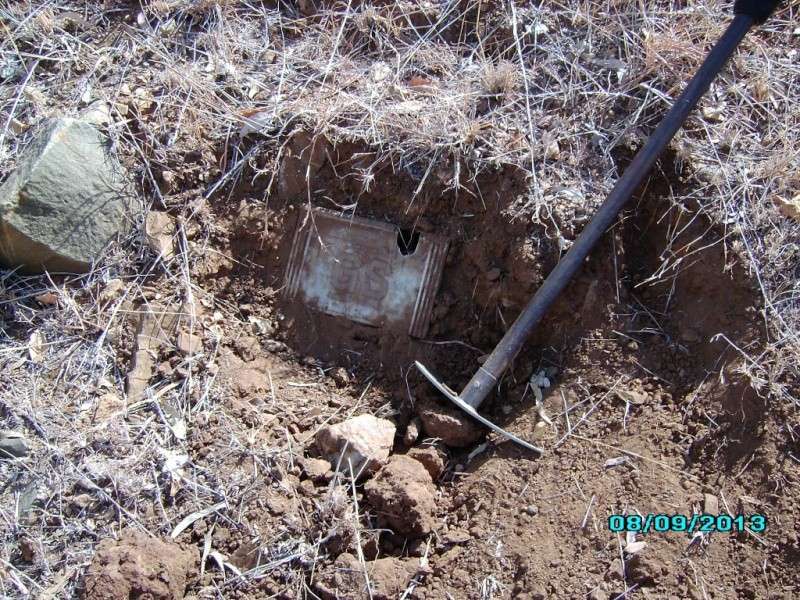