Spiders can be quite funny: https://youtu.be/sHzdsFiBbFc

Spiders can be quite funny: https://youtu.be/sHzdsFiBbFc

Snakes are ok, dont bother them and they wont bother you.

cutting wood one day and huntsmans coming out everywhere, so whats a girl to do? yep, kill them with the chainsaw (sorry spider lovers)
thats all well and good.... you chop 20 or so and think you've got them all.
Then its time to swing the splitter. You raise the splitter above your head and just before you put all your effort down onto the block of wood, you notice a huge HUGE spider sitting on your shoulder.
The splitter gets dropped behind your back but your body is in full motion to hit that block of wood. Your back goes out. The pain hits you. And you struggle to knock that darn spider off your shoulder because your arms just wont work with a buggered back. So whats the next best thing you do?
You scream, right? But you open your mouth and nothing comes out. And through all this fear and anxiety, your husband casually looks at you and says "watch that spider by your foot"

oh but then the icing on the cake.... the mother-in-law told me to "stop carrying on".... sheesh

Hahaha.....Love it! Knew there would be a good spider yarn or two around, how're you keepin' TheH?

Brown Snake wrote:Hey, 'I love the bush'. I keep Taipans and used to keep spiders (including Huntsmen), but I've never met a giant wombat!
My male Tai. is about 2m and 5 yrs old. Female smaller and only three yrs old. She is too small to breed this season but will be next year!
(Been keeping and breeding snakes most of my life)

Some years back a mate bought me down from up the bush, a female huntsman, nearly the size of a bread and butter plate. I kept her in a clear plastic pet cage and feed her crickets and the like! Some times when I opened the cage she would walk up my arm and sit on shoulder, head or face! (Imagine having one that size on your face!) At no time did she ever bite me. Had I grabbed and restrained her I'm sure she would have. Regularly, she would spin an egg sack and lay a lot of greenish eggs. These would hatch and - baby huntsmen all over the house! No guesses as to why I'm not married anymore!! As she never had access to a male spider, but laid fertile eggs each time one then assumes she had mated and could store sperm.

As this is a prospecting forum, I best speak of same! I have not found a bit of yellow in over five weeks! And I'm out 2-3 times a week! Mind you the good old Bendigo Whipstick is still producing. Local friends do ok. She found a lovely 1 oz piece about three weeks ago. He's found about 1/2 oz small pieces this last month. I dont know where they go.

Hey there Brown Snake, great spiel. Don't mind snakes at all, you keep out of their way and usually they keep out of yours. I hope you realise the huntsman story is going to be responsible for me having nightmares tonight

I guess I was prepared for some good ones anyway......

Hey AU, how do you and huntsman spiders sit?

Hey AU, how do you and huntsman spiders sit?[/quote]

"Cautiously and a long way from each other" I would think!

Just love the funny stories...thanks everyone for the info and laughs. Speaking of pests...I forgot to mention the flies....was out the other day...pick in hand and the flies were annoying!! * Note to self; put pick away BEFORE shooing away the flies! 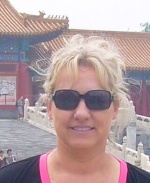 Brown Snake wrote:Hey AU, how do you and huntsman spiders sit?

"Cautiously and a long way from each other" I would think!

Hahahaha - I feel more comfortable with a can of Mortein in hand that's for sure!!

Been bitten several times by huntmen, once on the arm while cleaning the windows, the bite is not as bad as a bee sting, once while dozing in bed when one walked over my chest and without opening the eyes I put my hand on it and flattened it so it bit me, the bite itched for a day or two though, I saw it on the wall the night before and threw a pillow at it so it must have come down to get revenge.

One time I raced out to the clothes line and grabbed a pair of shorts, whacked them on and felt something run down my leg, big hairy sod he was too, the huntman that is, reminded me what a lady I worked with told me a friend of hers while on honeymoon grabbed some undies or swimmers off the line and when she put them on got a bite to her nether region, I will just leave that right there I think.

Funny though I have never been bitten when I have picked them up and thrown them at someone, maybe they are as surprised as the person they land on

Bullants are far worse, had one attach itself to me while working on a mates car, ran through the front yards and had my dacks half way down as I ran past his wife, by the time I got to the toilet the little bugger had me firmly in his grip, swear to got he was smiling too, wont say where he had my by

Apart from all that I like bugs and spiders

IMAGE WILL NOT LOAD - SOMEONE FIX THIS DAMNED WEBSITE!
Jack Jumper relative from the NSW goldtown of Sofala.

I don't mind the scorpions even though they trundle about here a bit. I can handle the leeches as long as I'm wearing gumboots and I spray my jeans with Deet to keep them from visiting me. But the coastal ticks seem to cause me concern. Those things are hard to deter. Another prospectors I know uses Goretex pants with seals on the joins to keep the ticks out. Yet the only thing that really does take up a lot of my time when detecting is these relatives of the Jackjumper Ant. Australia wide they cause up to 61 deaths per year which is more than all our other wildlife combined. They are attracted to movement and on the goldfields they've pretty much exploded out of the ground when I've landed my pick near their nests.

The sting from one of these is really quite distinctly horrible. Their nests only contain up to about 250 individuals and they are considered to be a type of wingless wasp more than an ant. I really do hate them and spent nearly an hour at Hobbyco yesterday looking at remote control tanks. I'm going to mount a camera onto one and attack a nest with it.

Used a multiple watt laser to vaporize a colony once back around 2006. Much faster than insecticide. I think the old timers used to use a kettle of boiling water.

PS: Why don't my images load here today? Can someone fix this?

IMAGE WILL NOT LOAD - SOMEONE FIX THIS DAMNED WEBSITE!
The good old days before they made these toys a restricted item.

Seems to be working.

That is great looking...

most bugs and critters out in the bush dont worry me , last week while checking out a spot and doing some test digging a war broke out between me and a red bullant colony.
lets just say that the shovel works a treat on them or if you have a little bit of petrol handy pour it down the hole as that fixes them.