Hi all
September 2009
This is a 1.7 Gram Nugget found on my Property in a shallow hole as you can see.
There was allot of yelling and excitement by me.

My mate was fencing down the Valley and come racing to the spot with the first aid Kit.
He thought I lost a limb he is a bit of a serious bloke and didn’t see the funny side.
”as usual” he isn’t in to gold detecting at all and went back to his fencing job.

For the First four hours I had been following the bloke with the GPX4500 around with his new detector as I always wanted someone to give this area a go with a GPX4500 with no takers.

In the area in front of the log we were sitting on had been flogged over with a GPX3500 with 4 other pieces found by the bloke with the GPX 3500 last time he visited 6mtrs by 6mtrs area in fount of us.
The Guy with the 4500 got up to show off his new detector in front of us while we were sitting there having a drink and a rest and that is when he found the nugget.
I said that it was just a hot rock and don’t bother digging it up but he was determined to prove his new Detector was worth the money he spent on it and I have never seen anyone happier then him when he cleaned the nugget and happily showed me this great find.

The discrimination between the 3500 to the 4500 is shown in this story demonstrates a big improvement, leading me to buy a GPX4500 a few weeks ago.

You will see the iron on the Gold Nugget if you look close that would be why it was missed before I think.


This is the Log we were sitting on and the hole the nugget came out of. 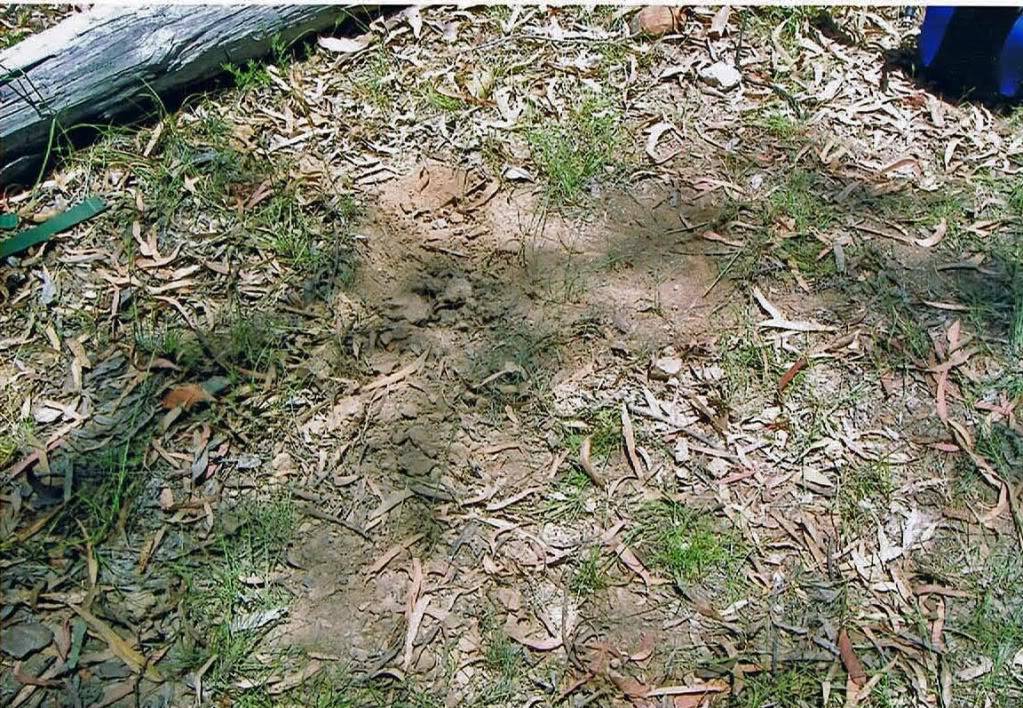 These were the two nuggets found in the 4 hours that day. 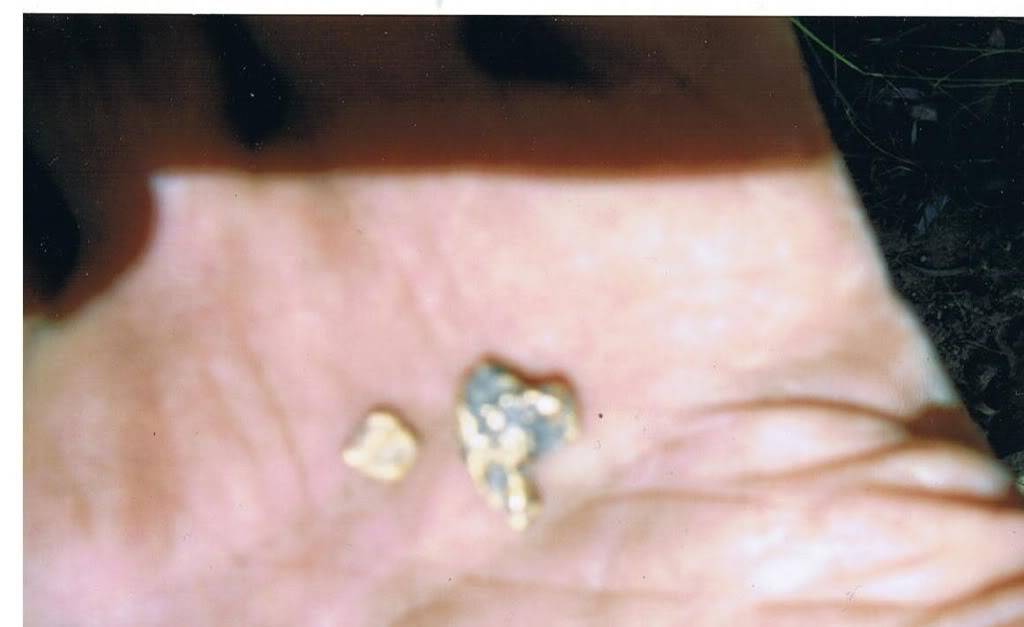 Hi Neale, I think it's one of the best feeling is when you find gold so close to home or at home in your case, well done mate.

Hi Neale, I used to live in Townsville up until 2005, but have only been detecting for 2 years only so I never did get to try in QLD. I think it's a real bummer that I didn't start earlier, I suppose I didn't know anyone who detected while I was there.
Yeah, having gold on your land is really terrific I think, don't you?
Have fun......
uncle bob