Gold Detecting and Prospecting Forum :: General :: All about Detectors

Looking For A VLF Gold Detector?
This Video might help...Although I still Like my Gold bug DP and old VSat.

Adrian when I used my Nox 800 in trashy areas in the goldfields I did not scrub the coil as much as in the vid, so probably walked over gold.

but as per one comment I think the main commentator was biased to the Nox ( as I am).

The 24K is getting some good reviews but don't know how well it handles Aussie mineralisation.

Yes that chap likes scraping the coil aye. That is fine when you know you are in an area where there is plenty of small gold but not such a good idea when beginning your general search...Yd have a buggered coil before you even got started on the kitchy stuff.
I will admit that I have never been a coil scraper. until I am actually on a target.

Listening to those detectors reminded me of my Vsat in that they are noisy over the hot ground. The old Vsat struggled on our iron mineralisation but on the other hand it, like the gold bug, hit hard on tiny tiddlers on the surface or down to about a couple of inches in heavy iron minerals. Once you mastered the ground balance.

The top Pis will maybe find a 0.1 g bit 6 or 8 inches down in hot ground and without much fuss and bother but I for one am not interested in spending an hour digging an itty bit out of concrete hard ground in the stinking heat and flies....Ok! Ok! you might scratch out 60 bucks worth of gold in an 8 hour day at that rate per hour if you are lucky but you will die doing it and that won't cheer the missus up much.

I have a Garrett 24k and really like it, I've found so far it handles hot rocks better than my Equinox does, and runs very quiet and stable. It's coil is also virtually completely resistant to knocks which the Nox and Gold Monster are quite bad for.

I made a couple of little videos when I first got it, this first one showing how smooth it operates and comparing it to the Equinox on the same ground, both detectors had their settings maxed out.

And this video I compare them both on a #9 birdshot, I used the Coiltek 10x5" on the Nox so the coil sizes were about the same to make it fair, the 24k easily outperformed the Nox.

Difficult to find a vlf that will not sound off over iron mineralisation
Have you given it a run over the salt sandy beaches yet.

No, I haven't taken it to a beach but next time I'm near one I'll give it a run over the sand and see how it goes.

We don't have badly mineralised ground here so I'm not much use to you in that regard.

They claim it handles bad ground better, and a guy in Victoria was doing quite well with the Whites version.

I'm quite new to using it but so far I'm preferring it over my Gold Monster, Equinox 800, Gold Bug Pro and Gold Bug 2.

My 6" Concentric coil just arrived for it today 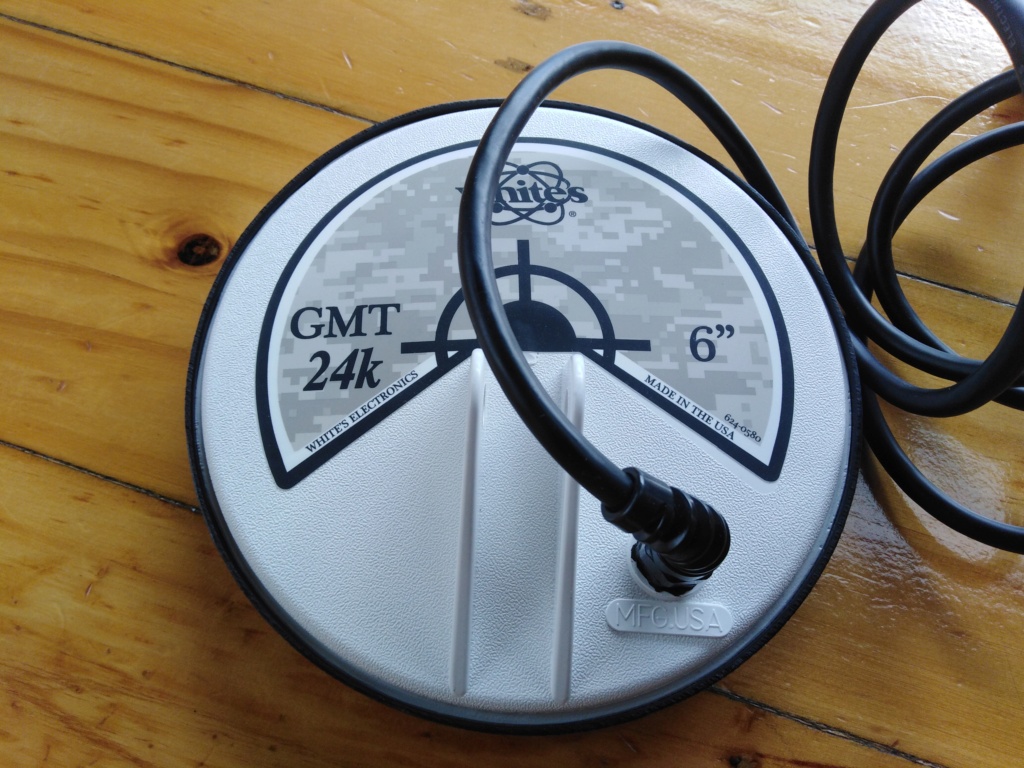 Prior to this arriving I was just using the stock 10x6" DD coil and was impressed with it's performance and thought it was more sensitive/deeper than the Gold Monster with 10x5" and Equinox with Coiltek 10x5", now this 6" Concentric really impressed me. Nel are going to be making their range of coils for it too and when they do I'll be quick to grab the little 6.5 x 3.5" epoxy filled Snake coil, it's an awesome little coil.

This is the stock coil. 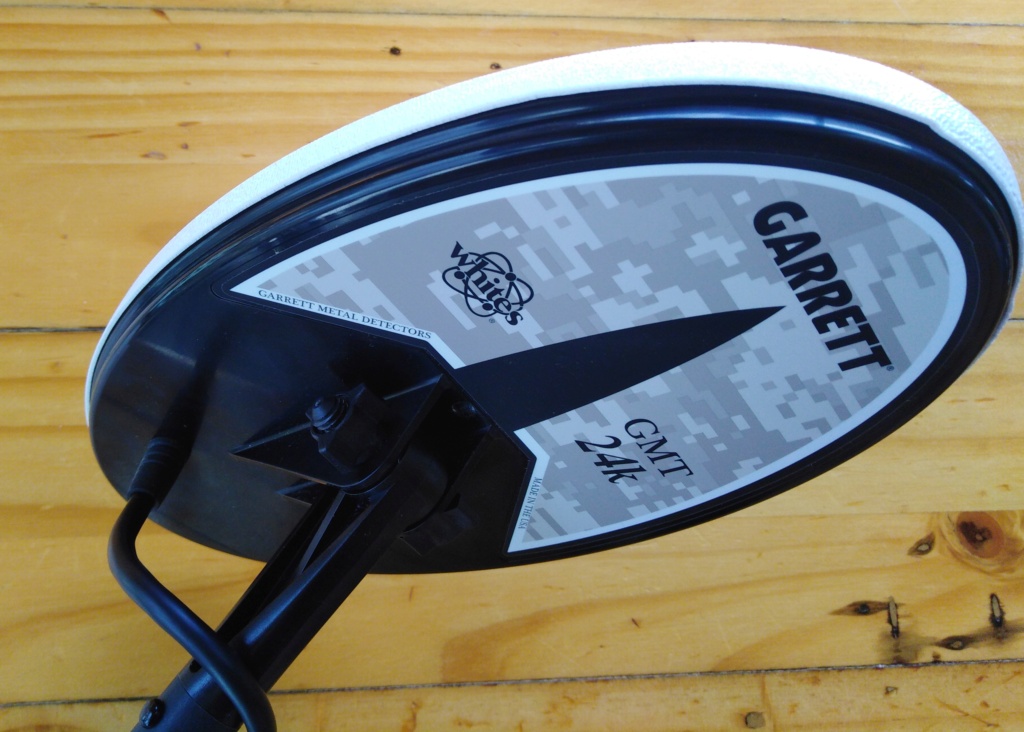 So while I have no idea about in severe ground, in my ground it's a really good detector and the biggest plus for anyone that's used the Gold Monster or Equinox, the 24k doesn't sound off every time you bump something!

A great write up "GrassHopper". I started with a Garretts and Carol with a Whites and we both knew we had the better Detector. Hers was lighter easier and had motion discrimination, mine was deeper (she debated that) and the TR discrimination could be used for full range of soil and specimen testing. I will credit Carol of always setting my targets high to keep up with her, for the first year or so anyway.
What are the ergonomics of this new Garret/Whites detector like.

Looks like it would be more than 1300 dollars to get one to Australia.

Yes, lost treasures in Brisbane now have it in stock, it's $1449AUD there.

I find the ergonomics great, I've not used one of the VLF's with the battery pack under the arm cuff before and it does help take the weight off the coil, although the entire detector is a feather weight anyway. The other good thing is you can rest it down on the ground without it wanting to fall over, the default position for the GM1000 is on it's side, no matter how hard you try stand it up it falls over

I took it to an old haunt yesterday and found 6 bits of gold with it, the smallest being 0.007 of a gram and it hit on it pretty well, it was handling the hot rocks in the area far better than I expected it would.

I filmed one of the gold finds

Although this is a dealer video it does show it seems to work in the hotter grounds in Australia, the depth seems to be significantly less than in the milder soils here though when he displays burying and digging a little nugget.

While fairly pricey in Aus/NZ I think it's worth it, and Nel is going to be making their range of coils for it too so it's going to be very versatile. It's also one of the only high frequency VLF's with both concentric and DD coils and NO bump sensitivity on the coils like the Minelab VLF's have.

Some photos from yesterday. 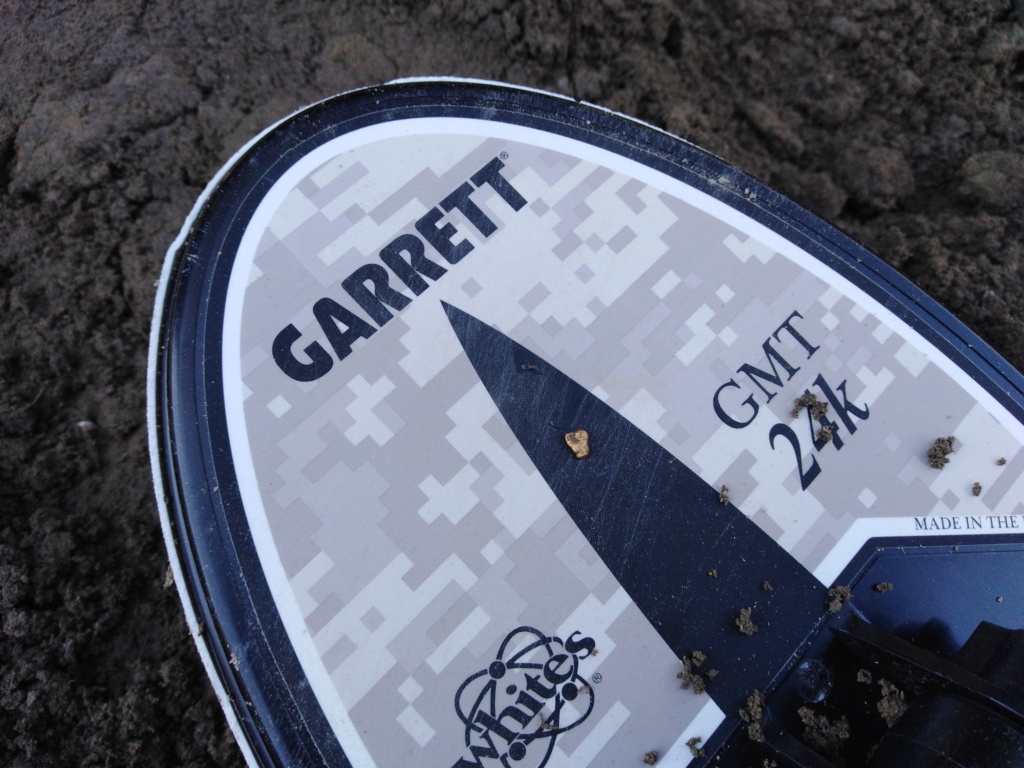 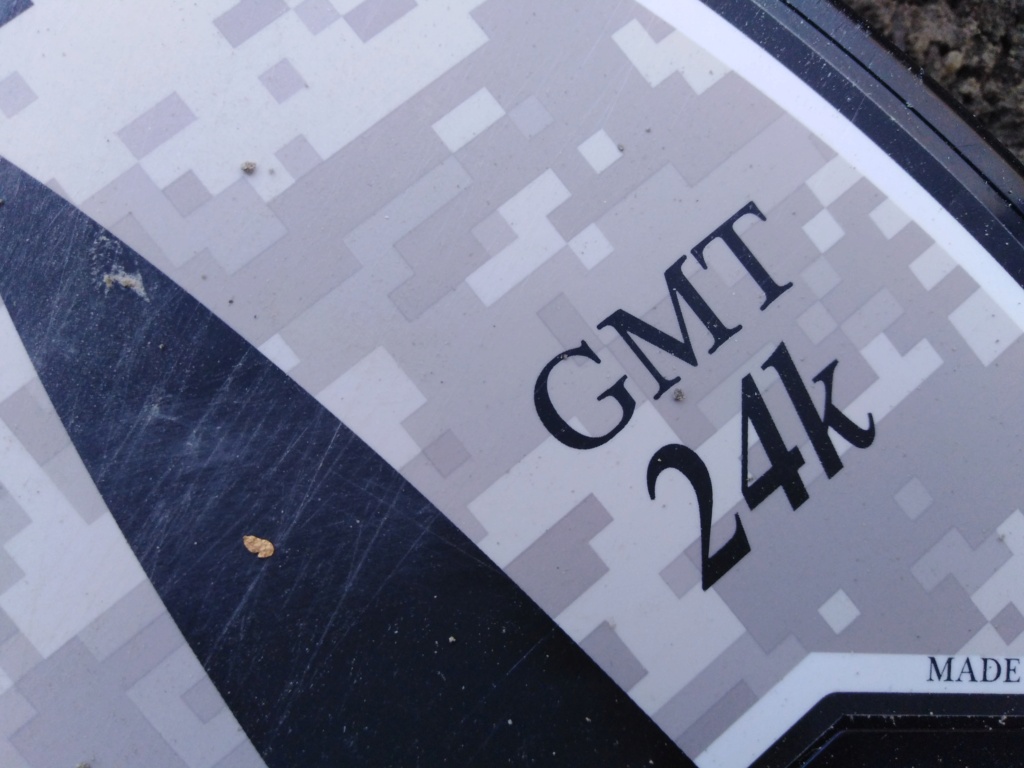 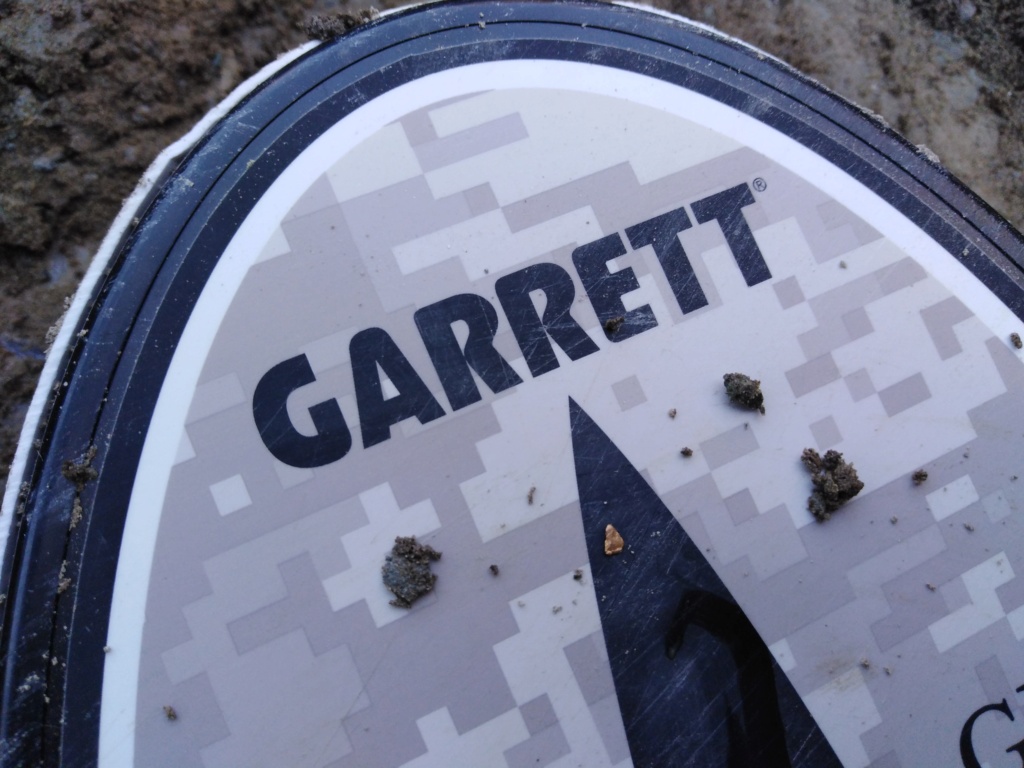 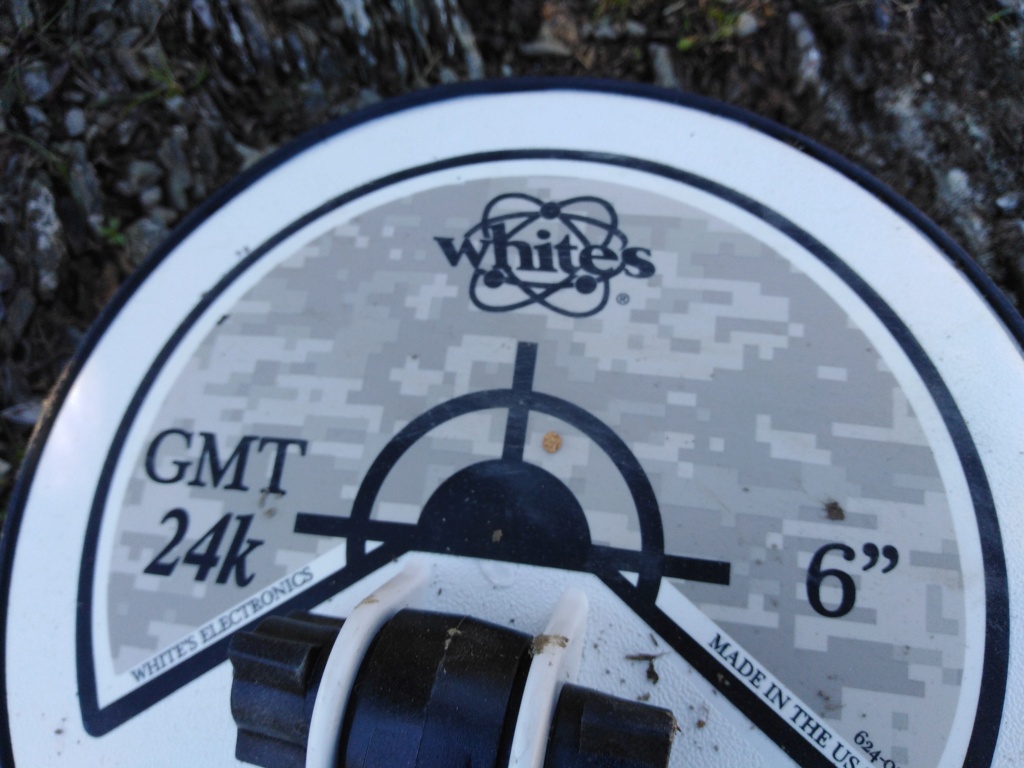 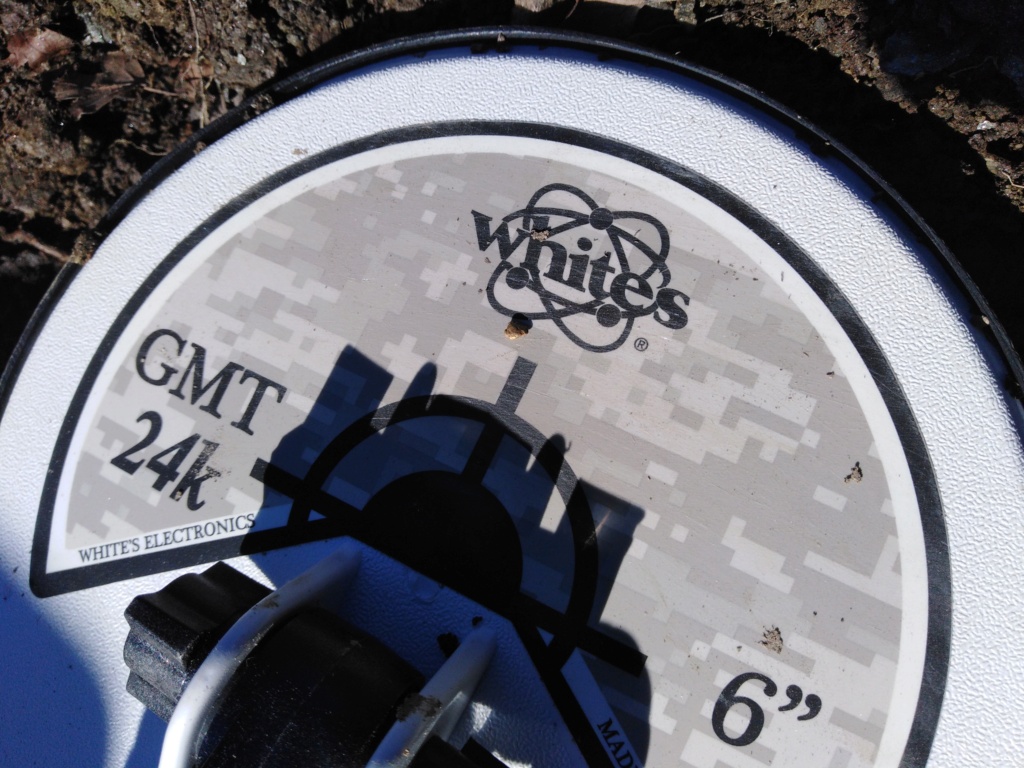 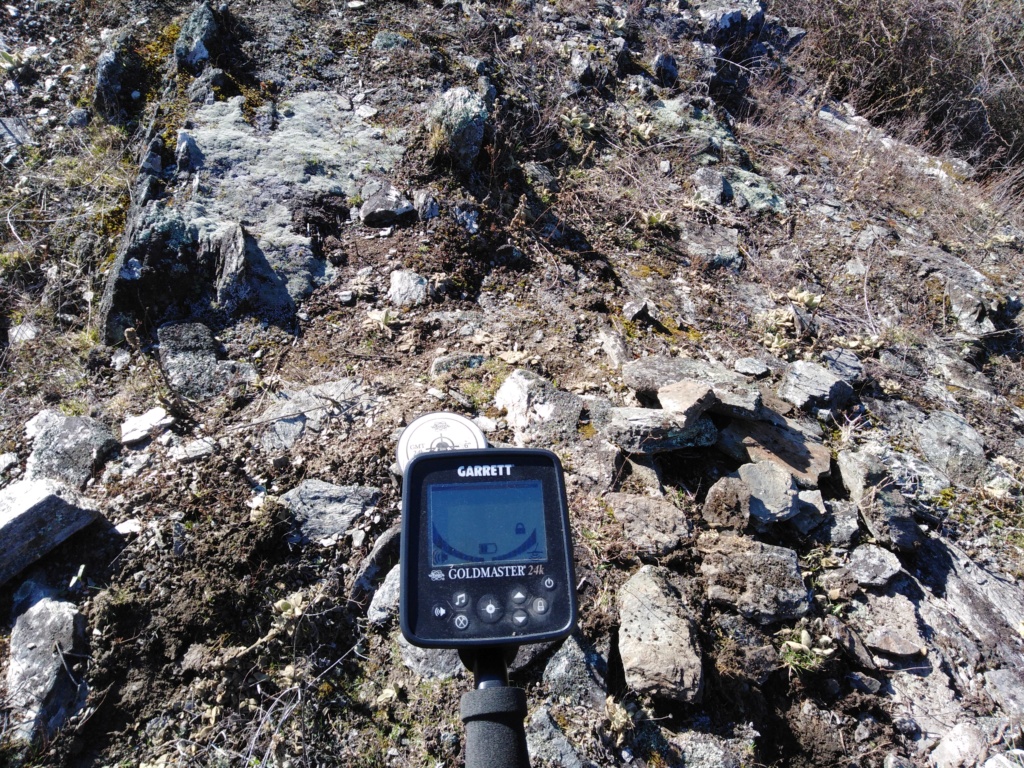 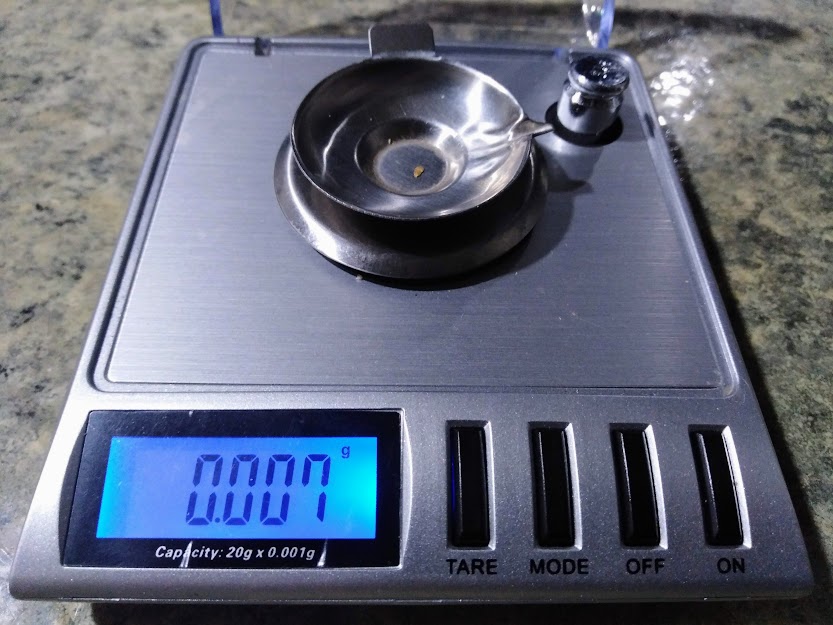 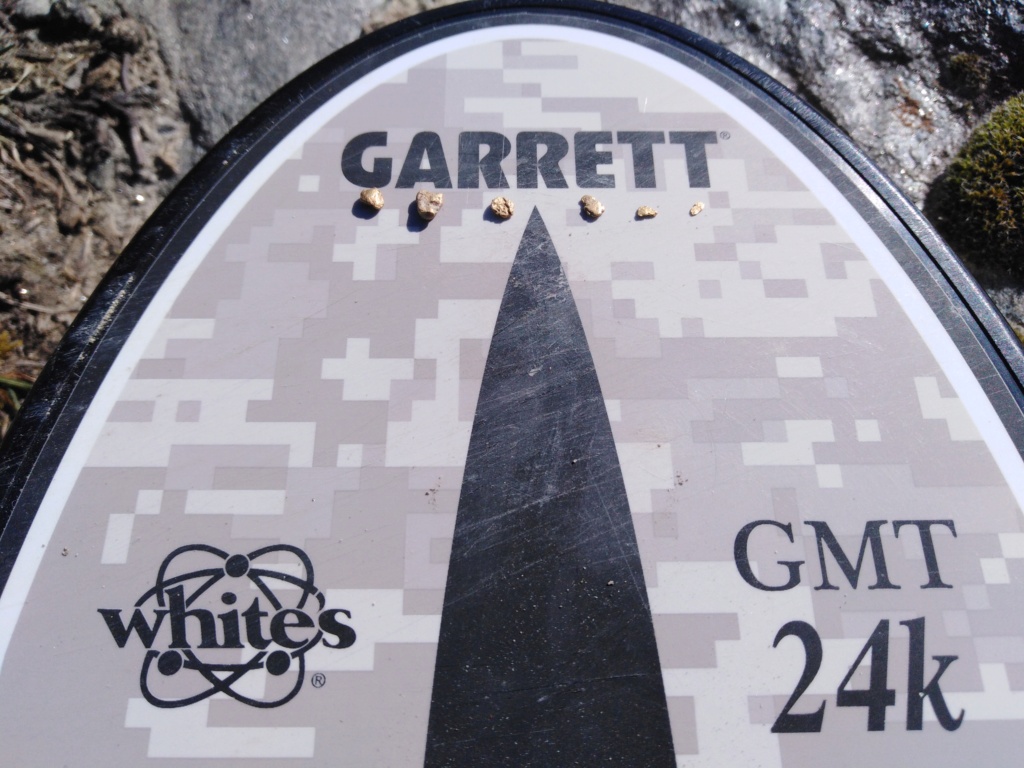 Gold Detecting and Prospecting Forum :: General :: All about Detectors