Well the Beach detecting section is near on dead In The Water.
Has everybody called it quits?
You do-not need a super duper high tech machine to detect the beaches in the dry sand and there is plenty of stuff lost there. It is only if you want to go into the water that you need to step up to a machine that can ground balance wet salty sand. Just about any vlf all metal machine will find stuff in the dry sand. Don'y bother with discrimination, just dig everything that interests you whether it is a strong or weak signal.
Get a small perforated hand scoop and go for it.

Come on you blokes I know yer out there.
What beach machines do you use/like that best suits your purpose.
I still like my Sov XS because it has great tone ID and goes deep in wet or dry sand without any fuss or bother. I like the Gold Bug Dp because it can gb from dry to wet sand and has great sensitivity to small gold and sil chains and achieves depths up to 24 inches on 20 cent pieces and larger rings. For PIs I think my Infinium is amazing no mater where I use it although it took a while to get the hang of it. I like the Sea hunter because it is a piece of cake to use and achieves excellent depth in or out of the water.
My TDI is a great beach and gold machine. At the beach it is close to being the deepest detecting machine that I have used to date.
The SDC 2300 is great at the beach but better suited to gold hunting

the minelab equinox 800 is the detector i use on beaches here in tassie
i bought it because of its ability to operate on all types of wet and dry sand that i may come across here
cannot fault it to date,handles wet salty sand,quiet operation on full sensitivity,what more do you need
its lightweight and comfortable to use,waterproof and just as quiet in the water
finding heaps here,highly recommend the equinox for new and experienced users.......mark

G/Day mark.
Yes I think if anything could get me to part with a few of my tectas it would be an EQ 800 although I would like a larger coil.
I use a WOT 15 on the Sov and mate it goes serious deep on everything large or small.... Nothing needs to be said about the TDI OZ for a dig it all operator.

I also have used my safari for beach work where it performs perfectly and I reckon it would challenge the EQ but anywhere else I think it is a dead loss due to inability to run quiet over even slightly iron mineralised ground....Maybe there is something wrong with mine and I should send it in for a check up?

minelab make a larger coil for the equinox,its a 15 x12 elliptical in shape
its about 400 dollars to buy and would increase the depth range of the equinox but im unsure how much compared to the one on it now (11 round)
maybe it could upset the balance of the detector,make it uncomfortable to swing for long periods
however if some one on here has used one,could they give us some feedback on its performance........mark

As for any out of balance; get some weights n do some arm and wrist exercises.

with the 15x12 coil more ground will be covered so more targets you would think
some of the u tube reviews on depth with this coil are impressive and going over worked ground should bring up more finds that were just out of
reach with the standard equinox coil
the depth on sand should be greatly enhanced as well,the reviews were done in soil
think ill put it on the shopping list lol................mark

If you use discrimination at the beach:

Disc out up to zinc:
You may find this 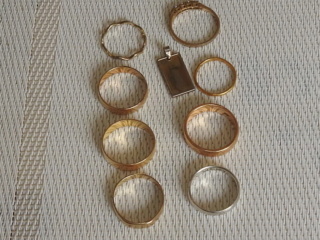 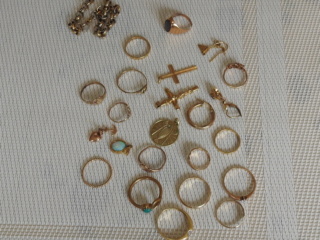 If you disc out up to Pull Tab:
You may find this: 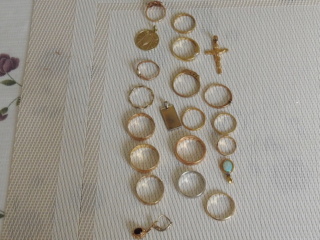 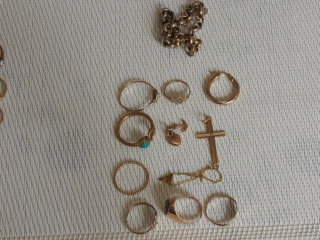 If you disc out up to Foil:
You may find this: 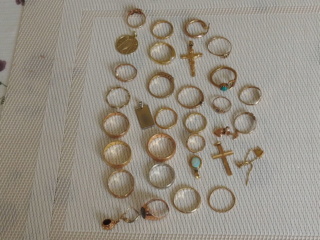 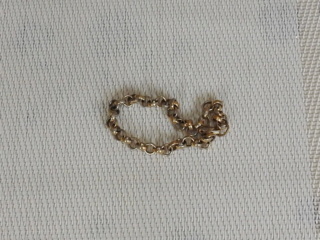 If you disc out small iron like bobby pins
You will find this: 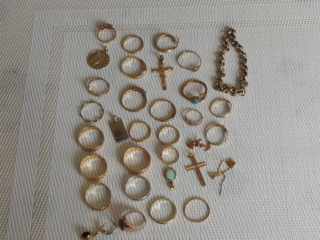 But could still miss some small low karate gold items

If your detector has notch filtering or tone ID. Don't use the notch and some of those Low tones could be gold.

I appreciate the few replies to this topic fellas. At least I feel as though there is still some  beach coin and relic detecting life out there.
I have been a bit down in the dumps lately because I have to have an Angiogram, then an Oblation and then another knee replacement, so this year is going to be a bit of a bummer. I am trying to motivate myself to get out and do stuff.

I took the SOV and the Mojave down to Pine Island for some response testing. Both detectors had the disc set to midway between iron and foil and sensitivity at about 50%. At that disc setting the Mojave is silent over 6 inch tent pegs.
Searched with the SOV and then rechecked  the detected targets with the Mojave. Results were interesting.
Several of the targets were out of the depth range of the Mojave but four gave a strong Low iron tone from the Sov (ground was black dirt and sand in amongst rocks on a walking track). The Mojave gave a definite solid Dig Me signal. I pinpointed each target with my new combo pinpointer and digger which performed very well and proved to be stronger than it looks.
The targets turned out to be (long time lost) 2 x 2 dollar coins and 2 x 10 cent coins at near enough to 6 inches down in amongst the rocks.
It appears that the Sov was fooled by the mineralisation causing it to produce the Low tone. The Mojave was not fooled when the mineral selection was set to High.
Now the Mojave is not a depth monster but I am having a real fun time with this little detector.
Cheers
Adrian

I have just fitted a Coiltek Goldstalker 14 inch Mono to my TDI and all I can say is that if you want to go deep at the beach then this is the coil to use.

A trip to Batemans Bay today with the TDI and the 14 inch mono was interesting.
1. The Surf beach has been cleaned out by the locals and all I found were bottle tops, tent pegs and bobby pins.
2. the TDI was difficult to GB with the big mono. I did notice a lot of black sand which may have been churned up by recent rough seas and no amount of fiddling with the delay and GB could quieten the noise.
The non GB mode was unusable producing far too much ground noise.
3. There was some EMI and I had to run the Sens at approx 50%. So the 14 inch mono is a bit sens to EMI.
The coil is extremely sensitive and was achieving very good depth  even at 50%. I also discovered that with the GB at 6 or less the sensitivity to low grade gold 9kt to 14kt gold rings dropped of noticeably and best result was had at a setting of 8 or higher and with the timing in the salt range. 15 to 20. This resulted in some slight noise from the salt but targets were audible.
My previous trip to the beach using the standard whites coil achieved much more stable performance but less sensitivity.

With your 'tecting activity, it sounds like your mechanical knees are working ok ?

Got one knee fixed. It sort of works ok but still a bit stiff n achy and rattles a bit.

No point sitting around doing nothing, so pain or no pain I am detecting as best I can. Am not sure when my other knee will be done.
I have been playing with the TDI OZ and it detects deeper than I can be bothered digging and even with the Sens wound down to about 25% from zero, this thing still finds 20 cent coins at over a foot deep in wet beach sand.

No doubt there's a story behind each Item found by you Adrian. By the looks of your finds, you certainly have proven to be one successful/experienced, beach/land comer over the years & I for one appreciate you sharing some of your finds, as well as some of your hard earned knowledge with us.

Thanks Kon, I appreciate the comments.

Aside from  a great many one and two dollar coins that were turned into pies n petrol and a few imaginary kilo's of gold nugs I still have everything I have ever found.
Not sure what will happen to it all. Just weighed one lot of jewellery items out of curiosity = 3.3kg of rings and chains bangles pendants and stuff.
When I look at it all and realise that every item represents  a hole dug in the ground somewhere out in the bush, in a paddock or down at the beach etc and untold kays of walking, digging, bending, getting up and down, scrambling in and out of gullies since 1960 then it is no bloody wonder my knees and back are stuffed.

It is interesting that of all of the jewellery items I have found and either advertised or handed to a lost property dept, none has ever been claimed. I have returned items that I have been asked to search for and found. To be able return a lost item to the owner is always satisfying and is an outcome I always hope for and probably the reason I keep searching for stuff.

Similar topics
» Dead in the water
» Future State and National Parks May Be Dead In The Water.
» Grey Water Filtration Treatment Reuse Use Grey Water Recycling System Systems by ULTRAGTS
» GP Extreme Detector died :( - any advice?
» The TR3ND is dead . . .