Hi all posters,,
The blurb on Li-ion batteries says that to keep then in good condition the battery should be regularly discharged and recharged..
As I may go months before using my Li-ion battery powered Detector and other gear, should I use a small lamp (bulb) ie circuit tester,, to drain the battery in my idle times?? Has anyone endeavoured to practise keeping Li-ions in good condition using such a method.. After all they cost enough without destroying them with idle times.... dundiggin.

dundiggin wrote:Hi all posters,,
The blurb on Li-ion batteries says that to keep then in good condition the battery should be regularly discharged and recharged..
As I may go months before using my Li-ion battery powered Detector and other gear, should I use a small lamp (bulb) ie circuit tester,, to drain the battery in my idle times?? Has anyone endeavoured to practise keeping Li-ions in good condition using such a method.. After all they cost enough without destroying them with idle times....   dundiggin.

Hey dundiggin, that would be a huge mistake, if you discharge Li-Ion to far down they may not ever work again.  They are made to use every day for sure but not down to the absolute bottom, most of the good brand ones have a low cut off so as to not damage them. Definitely, don't leave them in a state of discharge for a long time, this will kill them for sure.

What we do is at the end of the season and they are not getting used again for quite a few months is, charge them up and store them with your other detecting gear and every couple of months just put them back on the charger for a bit to refresh them.  That's all.

Hi davsgold and thanks a lot for timely advice.. Timely, because one of my two detector batteries has given up the ghost and refuses to charge, which puts me in an unenviable position of buying another which, by the time I get it will cost anywhere from $80 to $90.. Thanks to you I have a better idea on preserving not only the new one when it comes, but also my second battery which recharged OK.. I love this forum... many thanks,, dundiggin

Hi Dundiggin,
We bought two 4500's in 2008 and still using original batteries. Like Dave, the batteries are recharged every month when not being used.
Also I bought a dead 4500 battery and soldered in a new set of 18650's, (Thank you for advice Mr Boobook) this gives us a back up if one of the oldies dies.

Further to this, Garmin Rinos, Lucky Lark and 2300 batteries are also on the monthly battery boost.

***Some handy info regarding 4500 batteries when Berndt & Petra owned Reeds Prospecting years ago***
One of the 4500 batteries was only about 18 months old, when I hadn't begun the monthly recharge.
When on charge it didn't get out of the orange/green mode, continually flashing.
Rang Petra and her advice solved the problem and it never occurred again.
Fired up the 4500 and left it over night to completely flatten, next morning put it back on charge and never again did we have the continuous flashing problem.
Note: As Dave has mentioned above, this method isn't recommended, but in this instance the battery was relatively near new and Petra said it was worth a try before replacing it.

While we are on a battery subject there is another handy hint you may experience.
Returned from a trip and forgot to shut down the 3 way fridge in the van. (Turn off the 12 volt supply)
A week or so later I happened to be checking the van and found both deep cycle batteries were down to 10+Volts. Was shocked to find I had left the fridge turned on.

Connected the 240V home power supply and the batteries didn't go into charging mode with built in battery charger.

$5/600.00 worth of batteries.
Took them out of the van and out to the shed and put them on my portable battery charger, still no charge!
In desperation I connected another fully charged battery to the dead ones with jumper leads and eureka the charger kicked in.
Was able to recharge both deepcycles with this method and they are still going strong 5 years later.

Hi davsgold and nightjar for your interest to help those like me who have problems arise and your experiences certainly can solve them.. That's the beauty of this forum,,, help is but a post away... kindest regards,,, dundiggin

I have always maintained my batteries in the same way, with the old gel brick batteries, and now with the Li ion types as well, but have been told that its not the way to do it with the li ion ones ?, but it works for me and I am still using one of my original li ion batteries that came with my 2009 Gpx 4500 so cant be that bad a method.

I charge the Gpx batteries after each and every use, and as I use two batteries normally I cycle them in turn, using one for a couple of days and then the other for a couple of days so that both get some usage, they get discharged a bit and then recharged up again when I am finished for the day, I store them in a protective cases when not in use to save from shock or damage when travelling, when I am home I store them fully charged and then once a month or so (when I remember that is) I take them out and give them a top up charge.

If you have a dodgy memory like me then here's another tip, I put up a white board in the shed so that you can write reminders on it, and so that I remember to look at it occasionally as well I put it right next to the beer fridge that seems to work as funnily enough I can always remember where the fridge is

Hi all, I've had 4000 for 8 or 9 years which I bought second hand, it is still on the original battery. For the last 4 years I have been using the 2300 and have only used the 4000 a couple of times. I'd charge it up after each use and possibly once or twice to top it up. So that's say 4 or 6 times in the 4 years.
A couple of weeks ago I used it for a week on and off including 2 days at 6-1/2 to 7 hours a day and it didn't go flat at all.
So this thing is about 12 years old and still going strong! It stays in the harness and is just thrown into a carboard box when not in use.
Good one Minelab. 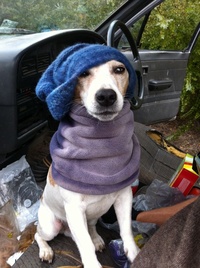 Similar topics
» What would people like added to new model Mine Lab detectors? (Asked by Miners Den Melb)
» Batteries all you need to know.
» DIY Li battery packs
» GPX Li-ion batteries
» cutting out