Hi All,
used the 2300 on Sunday, had my first bit of trouble with it, for some reason it cut out when put on the ground to run the dirt over the coil to find the target, it stopped doing it for a few hours then started again, just watched a video of a lad digging a target on youtube and his did the same thing, is common with the 2300"s.
Gim

Battery contacts.  Quite a few reports on the various forums regarding fixes, but I have not had the problem on mine (see note at the end).  Some batteries and/or their positive contact are a bit small, so moving around in the battery compartment they lose contacts.  General recommendation is to wrap the battery with tape or even a bit of paper to make it a neat fit in the compartment.  If you have batteries with small positive contact, perhaps you may need to get ones with slightly larger ones.

I found that on mine that I wasn't fully locking the battery compartment door and even had the batteries fall out once, so make sure that you turn the latch fully clockwise.

Hi Gim
Mate yes it is very common & the dealers should be advising people of such when they are making the purchase, to me it is something that Minelab MUST address!!!! there are people on here that will down play it !!! but no matter which way you look at it it's a fault with a near $4000 unit.

The good news is there is an easy fix you can do for yourself ( but you should not have to!!!)
I use a roll of electrical tape & do a couple of wraps around the each battery top & bottom ends, this will reduce the batteries moving within the housing & therefore loosing contact & shutting down.

Another easy fix is the stiff plastic in those sealed packets you buy just cut some strips and slide next to the batteries works a treat (Thanks Phoenix).Gim make sure you insert the rear cover in square.

Thanks guys for your comments, as rc62burke says you pay $4,000 for a machine that stops working not good, will be going in to Kal shortly for a hair cut will call in to the dealer to have a chat,
the 2300 works well, I also am picking up shot gun pellets as well as tiny nuggets, it a fun machine for me, picking up bits like this with 11-15 grams of gold is a bonus. 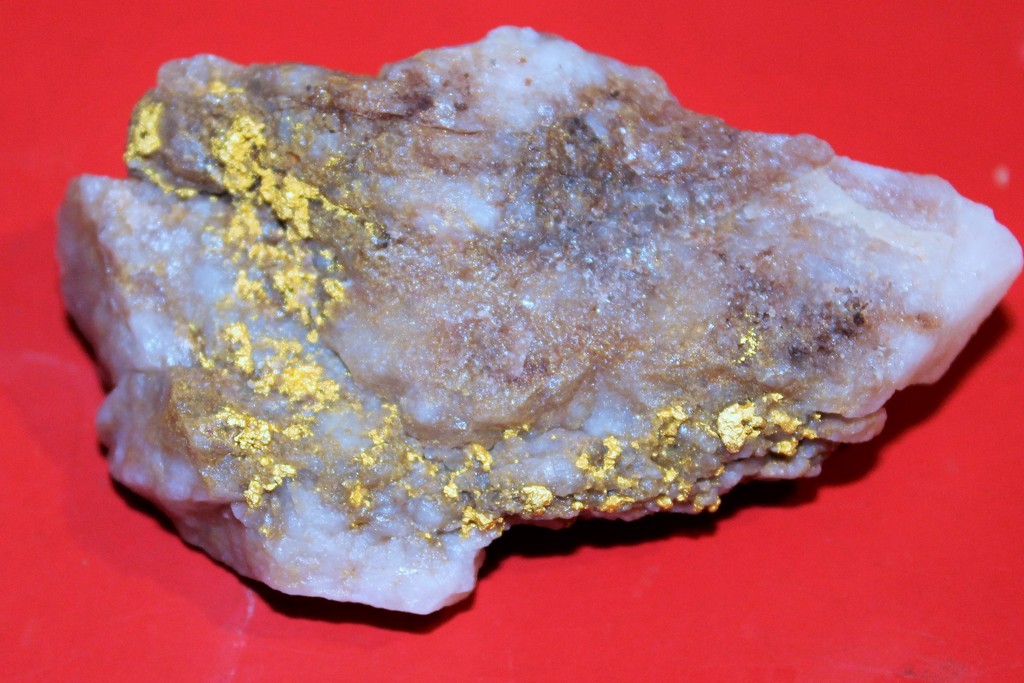 May not believe this but the dealer was putting tape around there 2300 batteries when I walked in to see them, must be a common thing, still not happy.
Gim

gim wrote:Hi All,
used the 2300 on Sunday, had my first bit of trouble with it, for some reason it cut out when put on the ground to run the dirt over the coil to find the target, it stopped doing it for a few hours then started again, just watched a video of a lad digging a target on youtube and his did the same thing, is common with the 2300"s.
Gim

Hi Gim,
The cutting out problem is caused by the battery ends rubbing together when in use or being transported, and contaminants building up causing a temporary open circuit.
Mine did this until I realised what was causing it. I wipe both ends of the batteries on my shirt before I insert them and do that every time I put the batteries in. My detector has not done the cut out since and I didn't need to wrap tape or anything else around them. I simply wipe the ends of the batteries. Minelab recommends that you take care to fit the lid on squarely so that the springs contact the batteries as they are intended. I usually advise all my customers of this but maybe miss one at times.
http://www.goldcitydetecting.com/sdcinformation.htm

As a note, I loaned my SDC to a mate who took it detecting for a week. The very first time I fired it up it did the shutdown. I removed and wiped the batteries. I quizzed my mate and he told me he never wiped the ends while he had it and that it shut down on him a few times. On another note, I have a friend that is making a neoprene armrest cover for the SDC. This stops the cuff from folding in and also adds some padding for some comfort, and we now supply one of them with every SDC we sell unless we are out of stock. It is easy to remove when the detector is folded up so that the cuff does not become creased and lose effectiveness.
I rest my case.

I think I have seen somewhere on this or other forums that there are some differences in the diameter of some of the batteries or their positive terminals and this may have an impact.

So I decided to do some of my own testing.  I checked 3 different rechargeable brands that I have (significantly different AH capacities).

I found that one of them was a good .5mm larger diameter to the other two, but that same one was almost one mm longer than the other 2, and that battery also had a much smaller positive electrode size.

A measurement of the inside of the SDC found that the it allowed for 27mm of battery size.

In my testing of the batteries, none of the 3 came close to the 26.2mm diameter spec, with the one supplied with the SDC & one of the others measuring approx. 25.3mm, almost 1 mm less than the spec and 1.7mm less that the supplied space.  The other (older smallest capacity one) one was approx 25.9mm so it was closer to the spec but would still allow just over 1mm space when inserted.

So while I can understand why they made the battery slot 27mm, perhaps they should have chosen a battery to supply with the SDC that was closer to the diameter spec.  Perhaps they chose one that had the highest AH capacity as it is higher than the other two.

I could not see how the difference in the positive terminal sizes would impact the connections even with the significant differences that may exist and the potential 1>1.7mm sideways movement.

So after all this time & testing I am sorry to say that I have no idea why some are having this problem apart from what Sandy is saying, but I must say that I am not doing that and not having issues.

If you would like photos of the 3 different batteries used for the tests, I could upload them, but I don't think that it would help in the understanding.

What we have found is that the positive spring in the end cap is often not making a good contact with the battery.
The solution was to fold some alfoil 4 times and make a flat cover to go over the batteries when they are inserted.
The endcap now fits snugly and there is a guaranteed connection between the batteries.
We have not had any cutouts since doing this.

Yes we agree that this along with several other annoying issues should have been resolved long before the machine hit the market. It sure can find gold though.

deutran wrote:Another easy fix is the stiff plastic in those sealed packets you buy just cut some strips and slide next to the batteries works a treat (Thanks Phoenix).Gim make sure you insert the rear cover in square.

What deutran said.
Get some thin stiff plastic (like maybe a soft drink bottle or a bit thinner), cut 2 strips the length of 2 batteries and about ½" wide and slide the strips down the outside of the batteries before you put the cap on.
The detector will never shut down again
cheers

Having suffered with bad battery contacts ,and along the way finding that c cells vary in diameter and hugely in height as well , in some cases I couldn't close the compartment due in part to excess solder , I was advised by Minelab that the small Phillips screw on the outside of the battery compartment can be adjusted 1/16 of a turn either way , I no longer have to tape any batteries and haven't lost power .

It happened to me a couple of times so I got the cardboard tube from a toilet roll and lengthways removed a section of tube sufficient to accommodate the batteries then slid them into the battery compartment where they stay put, never come out when I remove the batteries, and hey presto cutting out hasn't occurred again.... thought this may be of help... Needles to say, I got the idea while sitting on the throne...noyungan