Alan Tissington's garage was packed with artillery, firearms, ammunition and uniforms from both world wars. His entire collection was removed and destroyed in a controlled explosion.

For more than forty years, Mr Tissington lovingly built up his vast collection by spending hours scanning muddy fields with his metal detector.

But yesterday, the father-of-two from St Albans was arrested on suspicion of digging up the weapons without permission, and his beloved museum was taken to a farmer’s field and blown up

Police officers with a search warrant raided Mr Tissington’s semi-detached home in Windmill Avenue, St Albans, at 8am yesterday morning after a tip off. Inside the garage, officers found heavy artillery shells, gas masks, rifles, bullets, military uniforms, a British flag and a Vickers machine gun. Nearby houses were evacuated while army bomb disposal officers were called in to examine the collection. Yesterday afternoon, all the artefacts were taken to a nearby farmer’s field, where they were destroyed.

Mr Tissington was arrested on suspicion of stealing some of the weapons from fields belonging to English Heritage, including a prisoner of war camp six miles from his home. Andrew Robertshaw, a military historian, claimed enthusiasts with metal detectors were putting themselves and others in danger by hunting for explosives without permission.

“It’s clear that this is someone who has no idea of what they are dealing with,” he said.

“A year ago, two guys were killed messing around with shells like these. “After the war, the army simply buried a lot of these weapons in the ground. It’s very easy to find, and these guys turn up, dig it out of the ground and take it away. It’s lunacy.” Calling themselves the World War History Group, Mr Tissington and a group of friends spent their weekends travelling to sites around the UK and to the battlefields of Europe, searching for armaments hidden in the soil.

A Second World War machine gun found in the garage

On his Facebook page, he proudly displays heavy duty shells, guns and bullets he has detected and dug up.  One of his friends, who did not wish to be named, denied that Mr Tissington’s collection was unsafe, and said the authorities were “killjoys”. He said: “Alan’s collection was worth thousands and now they’ve gone and blown it all up in a bloody field. It’s ludicrous. What is good is it just rotting in the ground?

“I go out with Alan all the time, and we’re almost always in a site where we’ve got permission.” The friend claimed Mr Tissington had been “shopped” to the police by fellow collectors who were jealous about the size of his museum. “Alan’s got the best collection in Europe I reckon, and people don’t like it,” he said.

“On his Facebook page, people were posting pictures of themselves trying to deactivate live ammunition, so he banned them. It’ll be one of those who called police. I’ve heard of it happening before.”

A spokesman for English Heritage claimed the blowing up of Mr Tissington's collection sent out a “clear message” to other would-be illegal metal detectors. But Mr Tissington’s wife of 22 years, Helen Tissington, 48, claimed the authorities had gone “way over the top”. She said: “It’s just his hobby, he’s not hurting anyone. He’s been collecting since he was ten years old.

“Alan has his children and his pets in the house. He’s not going to risk their lives for the sake of his hobby.

“Personally, I have no interest in it at all. He comes in and shows me something shiny and I say ‘That’s lovely dear’, and go back to watching EastEnders.”

This quote from his wife is gold!
So familiar!


“Personally, I have no interest in it at all. He comes in and shows me something shiny and I say ‘That’s lovely dear’, and go back to watching EastEnders.”

Perhaps some things should have been kept, once blown up their gone for good .

whould like to no the dollars that could be worth

to a collector!!! a shame to see it destroyed

totally agree....   if indeed they did destroy every item then that would be asinine to say the very least.  Items such as helmets, flags etc could have been given to a public museum to decide whether it was unique or of any historical value - my guess is they said they destroyed everything to make a point as opposed to 'they destroyed everything'....

My old man`s a to and from and he was doing this 70 years ago.
My grand parents were real impressed when it was discovered there was enough ordinance under their house to level half of London, but he wasn`t using a metal detector, he was just wandering around and finding the stuff. 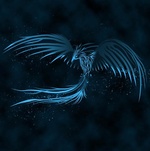 I cant see the issue with the uniforms and helmets as they are not dangerous a such but I suppose you have to draw the line when it comes to weapons and unexploded ordinance, particularly in this day and age where people with terror activities on their minds may have stolen some of the stuff to use themselves, unexploded shells are used in Afghanistan and other places for roadside detonations and booby traps, apart from that I guess the authorities made an example out of him to just discourage others from playing with the stuff as its not just them that is in danger but others around them.

The older this stuff gets the more unstable it becomes, while posted to OCS Portsea in Victoria back in the mid 80's before it closed down we carried out patrols on the old gun emplacements and bunkers on the point and beaches on the Port Phillip bay side to spot and report unexploded ordinance that used to regularly wash up on the beach, or rather be uncovered by wave action, apparently from what I was told the lower levels of the bunkers still held unexploded live ordinance that was all left there after the war and the lower levels just filled with water, so eventually they started to wash out and the ones that I saw on the beach and that were very corroded and complete, the ginger beer's would be called and they would blow them up on the beach.

Maybe the powers that be should arrange a demonstration to show people who are keen on collecting this sort of stuff just how dangerous they can be, maybe they would have more respect for the danger involved with this stuff and leave it in the ground to rust away, anyway in my view these wars were a nasty business and weapons and ordinance are better forgotten than collected.

If legal and safe naturally one would hope his personal collection was not destroyed, Lord knows I am a bower bird

and everything that can be gotten legally and can be moved often goes home with me, however I  draw a very clear line at anything that has potential to explode and kill or maim, call me cautious I guess

, I live in what was in war time and still is a garrison town, all things military passed through here over the years, some years back I got invited to a guys house to see his collection, it was impressive to say the least

I became a little suspicious

concerned when he started to show me the ones in the"I don't normally like to handle" section,

there was a lot of it, he went on to tell me he had to lock the door otherwise his mother would often come in and "clean and rearrange" his collection

Back in the 70's and early 80's I had a very big Military Collection ranging from military uniforms from different  campaign's and from different parts of the world including WW1 & WW2 and Vietnam. Hermits:- Japanese Marines, German WW1 & 2, French, British, Italian and Russian. Rifles and Medals from most major countries. A Japanese Flag and Bayonet that had blood on it that my Dad brought back from New Guinea during the war 2. I also had a lot of ordnance items such as grenades, 50 cal machine gun shells, Japanese mortars shells, small aerial bombs, and a very rare 40mm German Bofors Gun shell. All of these were disarmed and completely safe as I was in the Royal Australian Engineers at the time when I was collecting them. This was all stored on the bottom floor of my parents house.
In 1984 I decided to sell the whole collection in a private action and to use the money as a down payment on a new house. Well to get interest in the auction my Dad and I decide to contact the Sun News paper to run a story on it which they did with photos. The same day it came out in the paper and only a few hours later we ended up with the Police and the Army bomb squad on our door step. See, in the photo with my Dad standing there holding up a helmet and the Jap flag, you could also see some of the ordnance shells in the back ground. We told the Bomb squad that they were harmless and I even pull them apart to show them. But they still took some of them including the rare German Bofors Shell and said that they could still have fine particles of explosives in them. That was bullsh!t as they were all steamed cleaned out when I first got them. But they said they were still going to take them away and destroy them. It was funny, only about a year and a half later I was up at Puckapunyal Army Base where the Bomb Sqad had a museum there, low and behold there was my stuff all nicely set up in glass cases. I think they saw the German shell in the photo and decided that it would look good in their museum. So they contacted the police to be at our door at the same time and the rest is history. Luckily they did leave everything else including a WW1 Light horse uniform that was in the last ever Light Horse charge at Beersheba and was also at Gallipoli.
wombat

Googling the  man  theres  a load comes up  looking at the pics theres a Vickers machine gun, which has not  come out of the ground , in the UK we have a healthy de-activated  collectors market , so I'm guessing  only some of his  stuff could have been dug  ordnance .
Its very easy to overlook  the danger of old shells  ordnance bigger than  rifle bullets can break down with age and become  shock sensitive in the 80s not far from where I live  in a large  private collection a young man moved a old rocket which had been assumed to be safe it wasn't and it exploded  he was lucky to live , it went through his hip , he lost a leg .