I see 4 SDC 2300s for sale on Ebay.
I wonder what the main reasons for selling are?
It is after all, not a bad gold finder.

Hi Adrian
The new flat wound coils are having an impact on some of the available gold for the SDC's.I discovered this on some of my recent patches.Also the SDC's have been out for a while and the returns are diminishing on the diggings.

Hmmmmm. Well if anybody has got one they don't like I will give you the price of a good pan for ut.

I have not taken mine to the gold fields yet due to crappy health probs but it sure has proved to be very capable of finding coin and rings at good depth in wet salt beaches and it breezes over the higher mineralised areas in the brindabella's .

I will agree though that I have found a lot of gold with a pan and sluice without digging as many holes as I likely would have if I found the same amount and size stuff with the 2300 or any other metal detector. I guess people use the detectors because of the chance of finding a biggun which is much less likely these days when using a pan or small sluice. Also the detector is less strain on your body than swinging a pick, shovel and crow bar in a creek all day.

How do I take the scuff plate off the 2300 without breaking it??.....Seems to be extremely tight fit.

adrian ss wrote:How do I take the scuff plate off the 2300 without breaking it??.....Seems to be extremely tight fit.

You need to unclip one side first then it will just fall away from the other side easily. I Usually use the screw driver blade on my Swiss army pocket knife to help prise it away. Hope this helps.

Well that worked fine although I had ta use a pkt knife blade and a screw driver, n I shut my eyes coz I thought the cover was going to break for sure. Turns out it is a lot more flexible than what I thought.

I find myself using the Salt mode most of the time. It is way more sensitive with much better depth than Normal mode.
One question. As you crank the threshold up, do the LEDs remain lit when they go up scale or do they revert to the first LED after the new threshold has been selected??

I find myself using the Salt mode most of the time. It is way more sensitive with much better depth  than Normal mode.
One question. As you crank the threshold up, do the LEDs remain lit when they go up scale or do they revert to the first LED after the new threshold has been selected??

That might well be the case on the beach and a salt lake, but is not the way to use it on a gold field for gold, the opposite is the way to go.

adrian ss wrote:
One question. As you crank the threshold up, do the LEDs remain lit when they go up scale or do they revert to the first LED after the new threshold has been selected??

The LEDs stay lit as you go up the scale until you go past the last LED and then starts off at the first one again. Usually the next LED to the one you set it to will flicker and depending on how much EMI there is, the next LED may also flicker, until you Auto tune it. We find that when you get a good Auto tune then you will only have the one LED flickering slightly. Hope this helps.

I find there is only a slight difference in the threshold volume level between the lowest setting and the highest.
At the highest setting the max LED comes on (last three LEDs illuminated) and then sets itself back to the first couple of LEDs.With zero EMI just the first one led is lit..Is that correct or does my 23 have a problem??

adrian ss wrote:I find there is only a slight difference in the threshold volume level between the lowest setting and the highest.
At the highest setting the max LED comes on (last three LEDs illuminated) and then sets itself back to the first couple of LEDs.With zero EMI just the first one led is lit..Is that correct or does my 23 have a problem??

I dont think you have a problem with your sdc2300
With mine ... 1st led with second one flashing, its fairly quiet
Then when i set it to the 2nd led with 3rd led flashing it may get a little more noisy
Then i will set it up to the 3rd led light, with 4th led flashing on and off..  and so fourth..
you get what i mean
Most of the time i dont notice how noisy it is until i am out detecting, depending on the ground type i will leave the threshold as high as i can take it..

I like having the threshold up high..
it sure can ping out the gold.

Am still not sure if I have a prob or not Jen.

With a fair bit of EMI:

At min threshold I have this 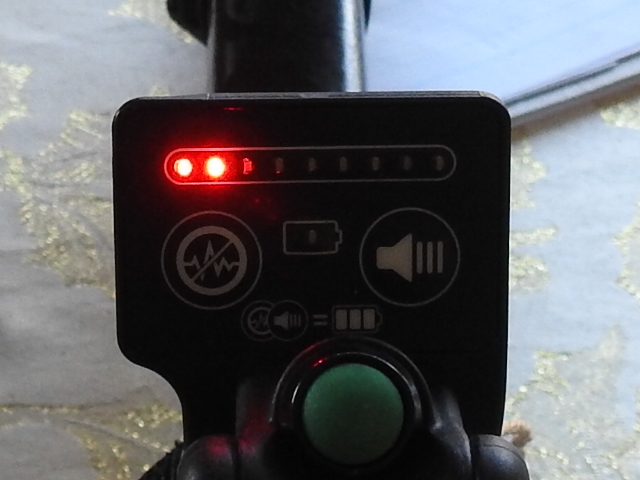 At Max threshold I get this with just a slight increase in vol level. 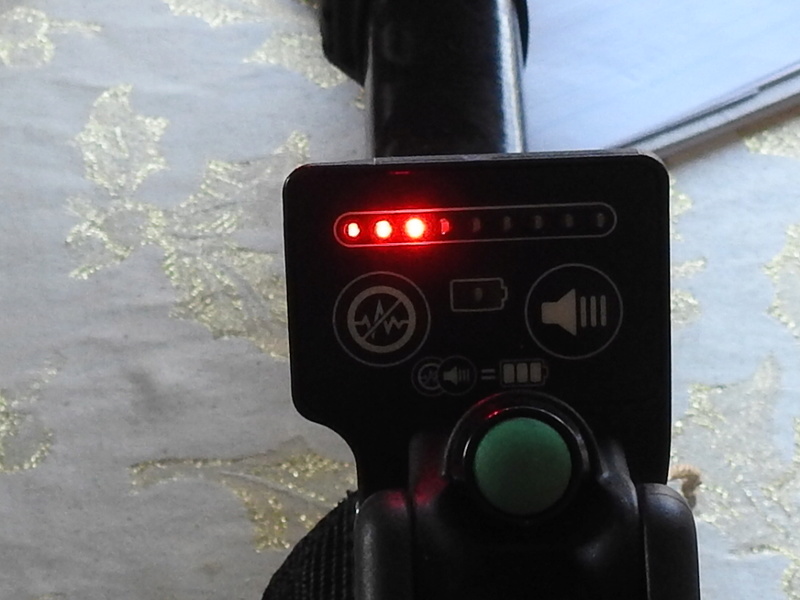 That's more the battery level. When you press and hold the threshold and volume at the same time.

I take that back Adrian
Mike just went and had a fiddle with mine.. It does the exact same thing..

Doesnt matter where you set the threshold at, the led lights revert back.. 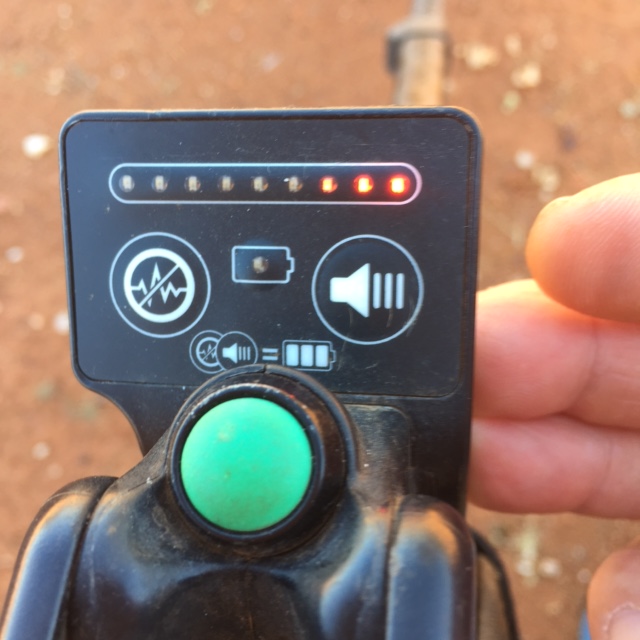 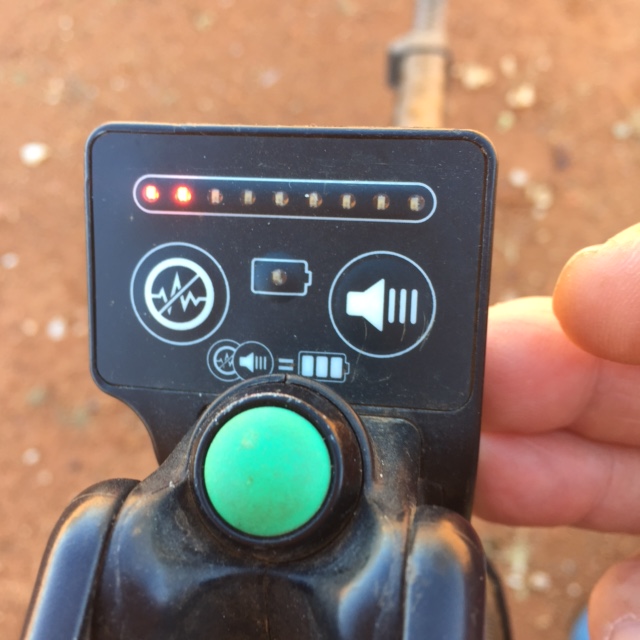 OK so all is normal then....And even if it isn't, the thing is detecting beautifully.

I have only ever had the Quick start guide.....I now have the complete manual.....Helps a lot

After responding to several strong signals in quick succession the threshold becomes a bit erratic and produces a melodic wavering tone that reduces slightly after I re ground balance??

HIi Adrian, I usually re ground ballance after a strong non gold signal as I had noticed the same thing.

Very happy with the SDC2300 we purchased from Nenad.
Also some invaluable advice from Nenad. Was having a lot of problems with EMI and reverted to his notes.
Nenad wrote; "Set the sensitivity to 5. Hold the coil steady up off the ground, at the angle you will be sweeping it, and then press the Noise Cancel button. During the tuning process, keep the coil very still. When the Noise Cancel procedure finishes, drop the coil to the ground, set Sensitivity back to 3 and listen to the threshold to see if there’s any improvement in stability. If you feel that the threshold stability hasn’t improved, then repeat the procedure. While it may sound like a chore, trust me, when you get the unit humming it will repay you in finds, as target signals stand out much better, and you may even be able to increase the Sensitivity."
Using this procedure the machine operated much smoother with less chatter. Thankyou Nenad!
Have been detecting since the Garrett Deepseeker days and have swung the coil around 1000's of ant hills without success. Low and behold the first anthill with the SDC and a faint signal resulted in a 0.08g tiddler.
Have attached a photo of them receiving a reward.
Returned home with 17 sub grammers, not a great success but an interesting learning curve.
Most of the ground we have covered is very shallow, 100/150mm to bedrock, the 4500's + 11" Commander didn't leave much behind for the SDC to vacuum up.
In 2018 season we are are spreading the wings, research and hopefully find new areas.


Reward for all their hard work collecting gold.
BTW: They were not fighting over this biscuit, one was struggling to drag it up the hill, his mate came along, latched on, put their wheels in low range and reversed up the hill with wheels spinning and disappeared over the top down into the hole. 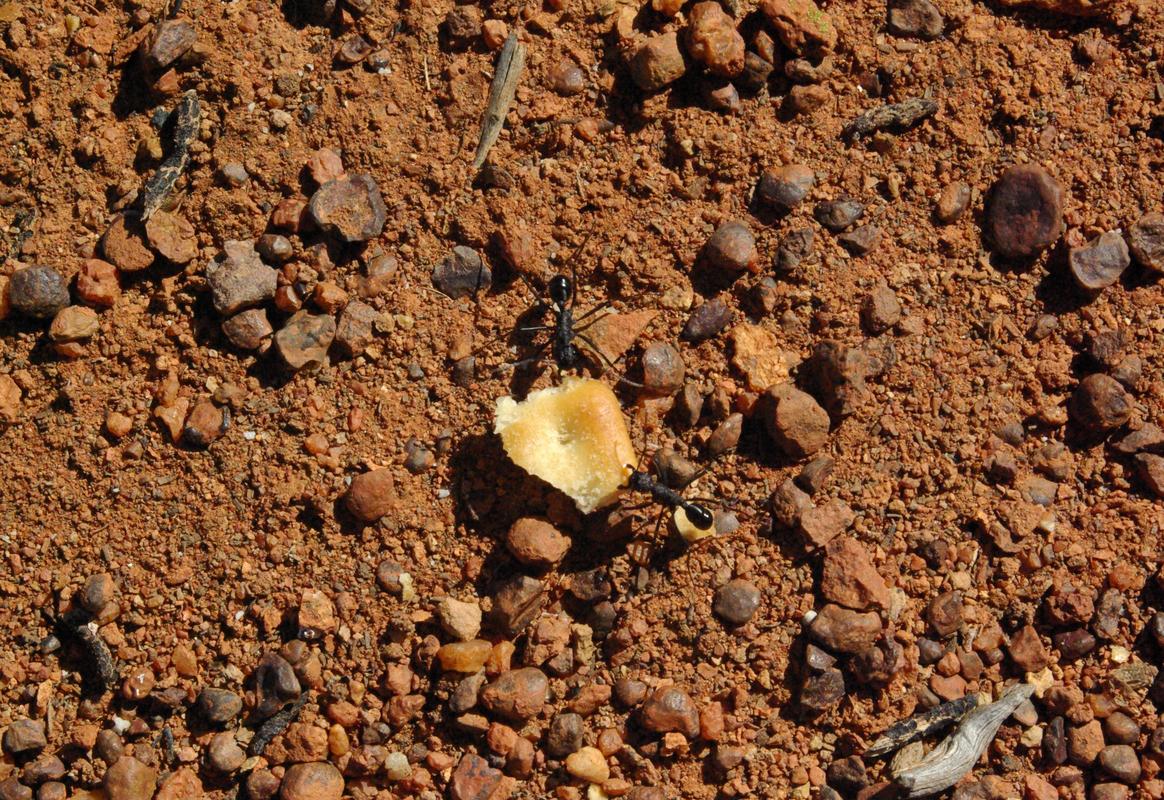 Back in the F1A4 days in Laos we used to hold the machine about 4 feet off the ground with the coil in the level position and then turn on the machine and let it go through it's start up procedure and then a ground balance, works well. I now do that with the sdc and then do a ground balance. My sensitivity is on 5 and the threshold on max. Works well for me in NQ. Never used the noise cancel button yet.

I'll be taking it and the GM 1000 out again this weekend.

OK thanks for the info.
I will try the ideas this weekend.Too much emi where I am at the moment.