Our field trip this Sunday Nov.20th. was at Inkerman, just north of Dunolly. Only 10 very keen branch members turned up. I'm thinking this may have had something to do with the possible high temperatures that was expected later in the day. Reaching our planned spot, some of the members got suck straight into looking for the yellow stuff. But others were spending their time trying to assemble the branch's new 4 burner BBQ that was just purchased that weekend. Boy talking about watching the 3 Stooges. What a laugh. I shouldn't talk as I was one of them. (I think I was Curly ) But we did finally put it together. And it cooked great guns thanks to Bryan and Alex. After lunch most of us started to head back home as the temperature was starting to hover around the 30 +c. mark. At that stage no gold was found except the usual bird shot. The Branch also had a fantastic gift given to use today by Ken Smith. Ken donated his 6x4 covered in tradesman trailer that he no longer uses ( You can see it in the back ground in one of the photo's) All it needs is a bit of a clean up and it will look like new again. So I behalf of the Branch I would like to thank Kennath Smith for his kind and generous contribution to the Goldfield Central Branch. Now we have a place to store all our gear when we go out on field trips. "Thanks mate gracefully appreciated"
wombat 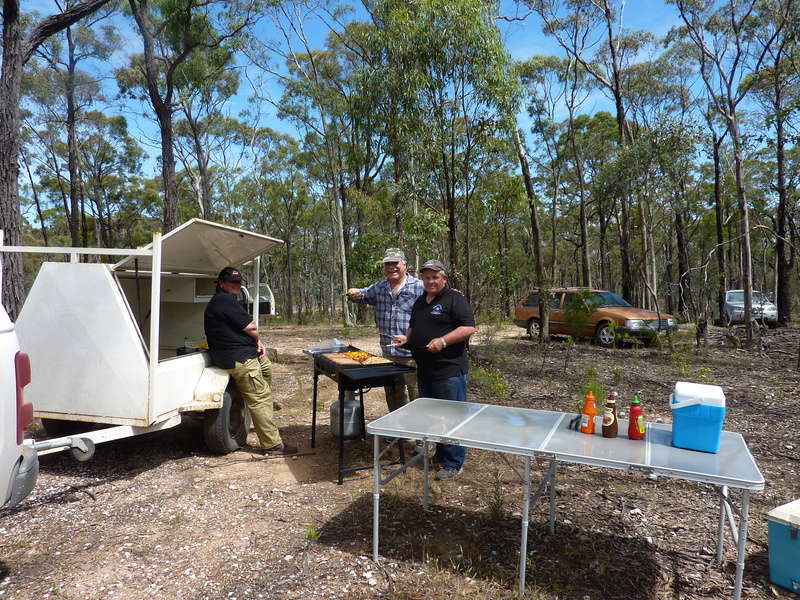 Bryan & Alex cooking the BBQ, with Carol leaning against our new trailer supervising. 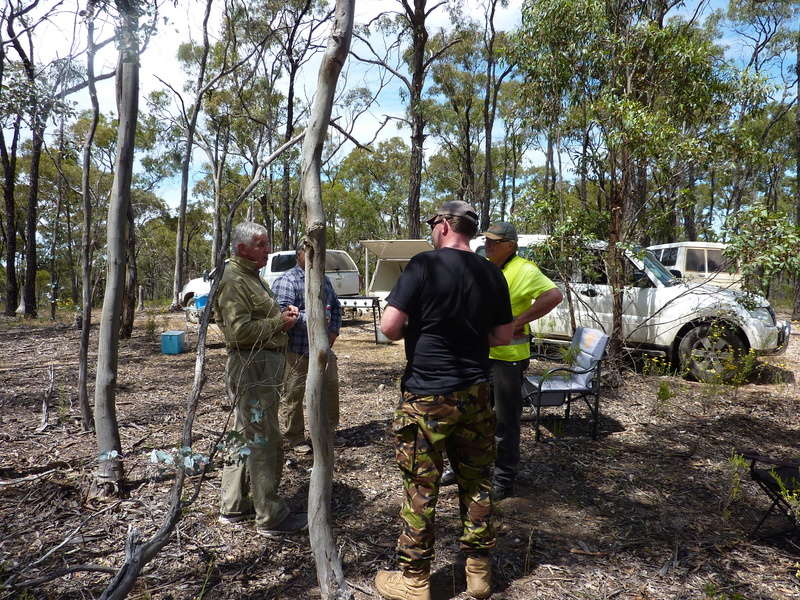 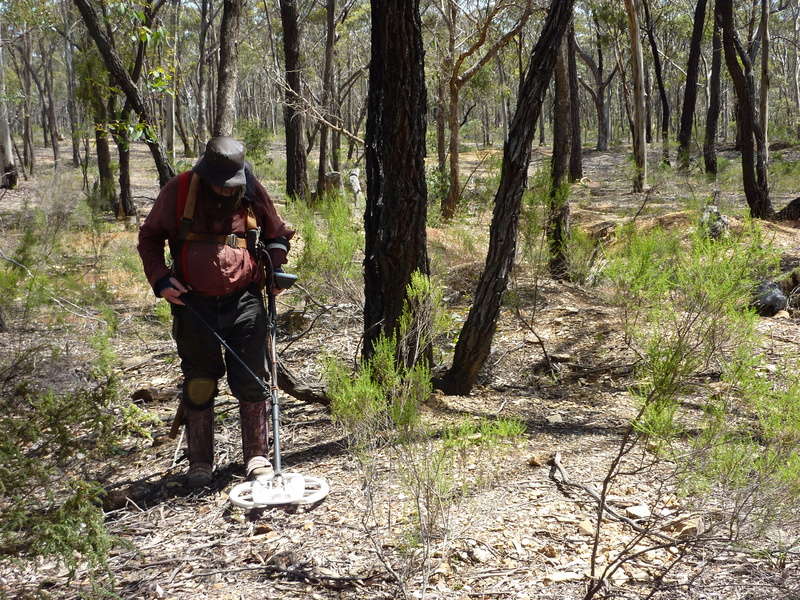 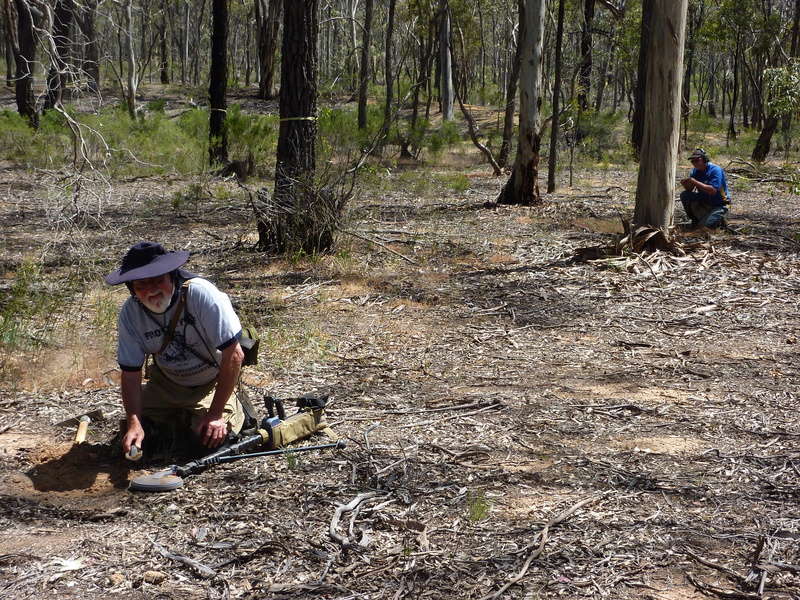 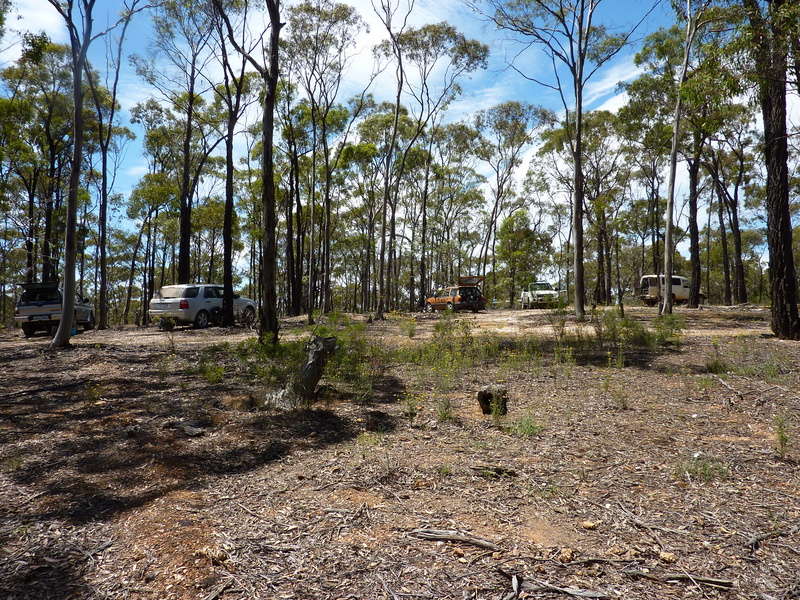