Quote from there news letter: LOOKS GOOD but the head phones will be still attached unless you use a speaker.


Minelab have just released a new GPX Series lightweight 18.6 Wh Li-ion battery. At half the size of the standard battery and 46% of the weight, it’s perfect for shorter detecting sessions of up to 3 hours and can be attached to either the side of the GPX control box using the custom control box cover.

"perfect for shorter detecting sessions of up to 3 hours"

The Battery Cover Pouch is an additional $20.00.

Yep ! It's useless if it only lasts 3 hours when brand new. Just wait till its done a few hundred hours and you can barely get 2 hours out of it !

Coiltek's pocket rocket system with the little handy cam batteries gave you 4-5 hours, and the batteries were $25 off EBay !

Come on Minelab, surely you can do better than this !

Gee, I would just getting going then I would have to go back to camp. The only use would be to carry it as a spare on a long day out.
Cheers Dave. 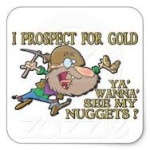 Ah the good old days hey, I'm somewhat envious of the people who have been detecting for 30 years. All the photos I have seen and stories told make me regret that the gold and gem mag never caught my eye all those years ago. A friend about 20 years ago did tell me of a new detector out and a gold rush and another friend did go to the detector shop but nothing came of it unfortunately. We used to hunt and fish and ride dirt bikes but always on the other side of town and never had any exposure to detecting. It would have been great as we had plenty of time off.

That 36 inch must have been hard work indeed, i have a 24 DD and 20 inch mono it's hard yakka having to clear a large area to check the ground noises out. My efforts so far have been truly dismal, with only small nuggets found, but I will certainly keep at it and await that awesome feeling of unearthing a solid piece. What a feeling it must be...I have a vivid memory of nearly being hit by a lightning strike, the whole thing was overwhelming, the sound, like a shot gun going off in my ear and all I could say was f**k, F**k...I think it would be similar but in a much better way...(although I was very happy it didn't hit me) cheers

jrbeatty   Hijacking no problem as it all good reading and top photo of the Bismarck. What machine and battery did you operate it on and what was the weight and how long could you operate it? All good history.

Great post mate, any tips on how to wire the plug that goes into the gpx. Is there a diagram somewhere which shows what pins are what? I didn't know about this kleer tech so a big thanks from me, cheers

Ps what was a patch considered to be in the past? These days a few specks close to each other is called a patch

Great info thanks JR, can you advise how to hook up external speaker, is a separate amplifier/booster required?? Thanks in advance

Thanks for your posts and photos.

Great to hear the stories and some memories from old days.
Always a pleasure to read and listen the stories.

Definitely highlight of my Laanecorrie visits was sitting around and listening to Jim.Whoever met or listen him would had to agree it was priceless.

Once again thanks for your posts and replies.

Thanks JR, I will look into wireless headphones as having no cords to unplug etc. would be nice plus other advantages. Thank you for your suggestions.

I wonder if one of these would power a metal detector eor very long time??
http://www.ebay.com.au/itm/AU-Portable-50800mAh-Vehicle-Car-Jump-Starter-Booster-Battery-Power-Bank-Charger-/111697071001?hash=item1a01aa0b99:g:wLAAAOSwnLdWqeeL

Don't know what's in them but they do pump out serious power enough to kick over a v8.
50ah polymer batts have been on the market for a short time now.
I was thinking of running it through a power adaptor with selectable output voltages from 6, 9 & 12 volts.
Used to run my Sov from a big 12 volt gel cell on my belt through a  voltage adapter and it worked fine returning two full days of detecting time, but I got fed up with lugging the battery around on my belt and went back to AAs.
This jump starter looks a lot lighter than the gel cell

Thanks for sharing your wirelss battery set up jrbeatty. It is just what i have been looking for. Do you know if the 8000mAh 7.4v are suitable for the GP series detectors.
Cheers

Cheers for the info jr. Will start making wireless batteries for my GP and GPX detectors asap. The only problem at the moment is i think everyone else who read this post has purchased all the 8000mAh 7.4v batteries from ebay. All out of stock.

There are glut of minelab batterys available, and the share price is collapsing lol.

This is the battery adapter that I used with the Sov. It is rated to 1500ma.
There is a 7.5v selection on this gadget.
This thing  drives my Infinium and all of my VLFs quite well. The Finny is a constant current unit at around 76ma if I recall correctly. This is a very low current draw for a detector that can locate a horse shoe at 2.5  foot in tough ground.
I attached a cig lighter socket to the battery and plugged this dohicky into it and then to the tectas via jury rigged plugs and sockets. 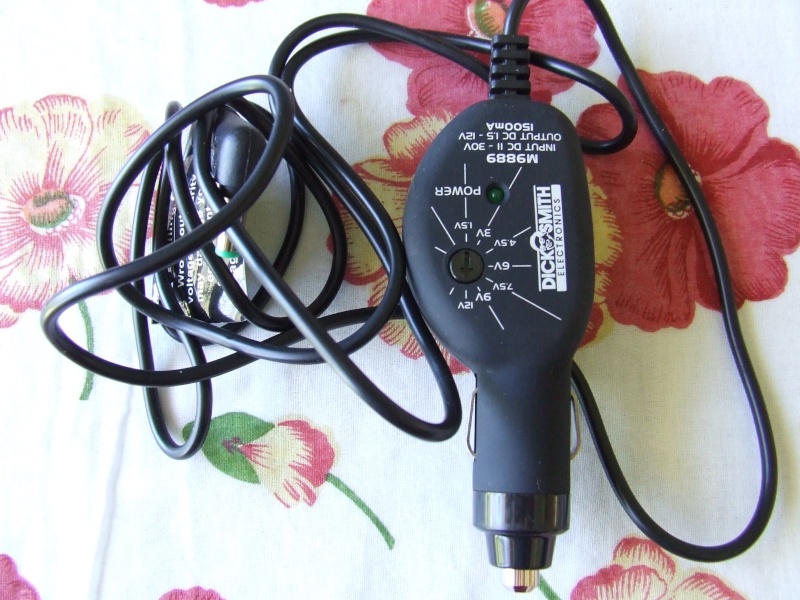 Adrian ss, thanks for giving up your secrets but where can I buy one now that Dick is in admin?

I think Jaycar have something similar.

jr do you think one of theses regulators hooked up to a 11.1v battery as you mentioned earlier would do the job for the GP series. If so could you do away with the fast blow fuse. Input voltage is from 6 to 25v, regulated output 7.4v, output amps 5A, weight 19g, size 20X15X49mm. Please forgive my ignorance as i am more brawn than brain. 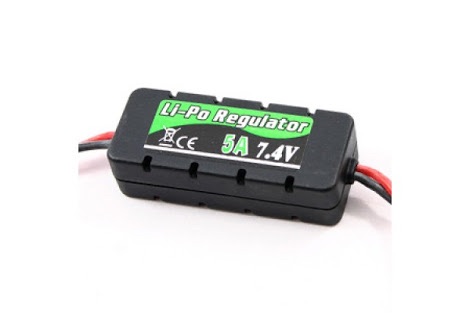 Here is the link
http://www.etronix-rc.com/etronix-li-po%20regulator-7-4v-5a

Has anyone heard of the "Lucky Lark?"
First bought one when the SD 2100 came out, have simply adjusted the output voltage to suit the updated machines.
Lift the cover, multi meter and adjust, 7.4V, 8.3V, 8.0V to current GPX-4500.
Had to fit a 5 pin plug at a later date.

You wrote... "There is no technical reason not to use a regulator with a GPX. It will work." However, it may suddenly stop working because the detector low-batt feature is prevented from seeing the "graceful" decline of battery voltage. I guess it could be overcome to some degree by selecting the output voltage of the regulator carefully at some point toward the lower end of the discharge curve ?

Just wondering about the volts with these li-po batteries. How does it effect the readout on the display? Fully charged Minelab reads 8.0v plus and when it gets to 7.3v low battery audio warning appears.

I've read a couple of posts including this one where 7.4v li-po's are used successfully. But I'm at a loss to understand how this works if it isn't 8.2v - 8.4v like the Minelab one fully charged.

I'm in the process of putting together my own wireless setup atm and this post and the one mentioned above have been really helpful, so thanks, jrbeatty and chrism for taking the time to explain how to do it.

I had problems ordering the ones mentioned above as they don't deliver to P.O Box's and saw somebody else using this battery (nVision-2S-7-4V-7200mAh-100C-Hard-Case-LIPO-Battery). It's a fair bit dearer than the ones used in this post, but do you think it would be suitable?.

Managed to get my wireless battery finished off tonight. Bought the Deteknix WireFree WR Wireless Kit of Nenad (Phasetech) for the wireless system and used the Floureon battery which by the looks of things will need to be replaced.
Quote: "I have discovered that the Floureon brand batteries are cr#p and have less than half their rated ah capacity. You get what you pay for!"

Had a few problems on how to wire the audio jack but with some help from a few members here and from another forum managed to get it going without shorting out anything. Took awhile to work out how the Imax charger works as I've never used Lipo batteries before and knew nothing about the settings in the charger. Then I had to ask Nenad about charging the Deteknix's if I didn't have access to a computer Usb port. Seems a Usb car charger will do the job.

Many thanks to jrbeatty, Chrism, Auger and Nightjar for your detailed articles and for advice needed to make this. I think ill make another one next week and should be able to cut down the time to make it from about a month to 1hr.