Re: A SUICIDE'S GRAVE. 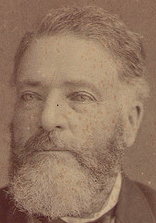