Would you still do it?

Would you still do it?

Hello friends. So I have a soul searching question for you lot. Would you all still go hunting for gold if it had no monetary value anymore? I know it’s got practical use like for circuit boards ect, bit how many of you go looking for gold the sole reason being you want it as a metal? Not many I’d say unless your into jewellery making.
Thoughts? 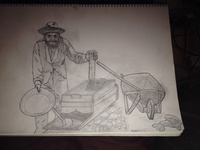 Interesting question cabletie, I think it's like any form of collecting be it coins/stamps, cars, bottles, rabbit traps etc.
One collects for the enjoyment of the object and the thrill of the chase and ultimately the object going up in price?
Gold detecting is a hobby that pays a little at the end of the day, and beats belting the shite out of a golf ball and getting frustrated plus you have to pay for the privilege

Yeah good answer. I know a bloke who collects interesting looking bits of wood believe it or not. Some of most interesting was drift wood. He doesn’t plan on doing anything with it but just something he likes to do. Moral of the story is not everything has to be monetary driven.

Interesting question. As much as its nice to think my gold is worth X amount of dollars, I have never sold any of the gold I have found over the last 35 years. So while it has a value, sitting on a shelf in a display box it is worth nothing(as the better half constantly reminds me lol). So yes I would still look for it, its the thrill of the chase, finding something totally unique that has waited for you to find for god knows how many millennia, as well as the interesting places it takes you and the people you meet in your travels.
I figure its like fisherman that catch and release, its the hunt that gets you going as much as the prize at the end.
The only gold I don't still have was a few ounces that the better halves son took off with when he was a lot younger. He got into trouble( he was a turd of a kid, grew up alright though) and decided to get back at me by taking my gold on his way to school that was kept in a tin on the kitchen bench. Somewhere between Bathurst and Blaney he took off the lid and threw it out the bus window, I did try find it but there is a lot of ground and gave up. So if anyone is in that area, you never know, there maybe a little bounty sitting close to the highway just waiting to be rediscovered, or its been ploughed into the dirt and sitting under crops.

I guess a 100 ouncer wouldn't go astray though.
One would flog that off rather quickly?

moredeep wrote:I guess a 100 ouncer wouldn't go astray though.
One would flog that off rather quickly?

I don't know if I would. Chance of finding another one would be like winning lotto and once its sold its gone. I would have to be destitute before I would consider it I reckon.
If I found a few that size, then all bets are off lol

If gold had no monetary or collector value I would not waste time and money looking for it.
As things turned out an Uncle and Grand farther triggered my interest in gold mining and my aim was to find a rich reef and make my fortune.
Reality is very far from the truth and after a year or two I found myself wandering the bush and gold fields panning, sluicing and metal detecting, having scrapped the notion of running a mine. Found enough gold to keep me interested and have enjoyed some very good times in the Aussie bush.
Today, establishing a mine is not worth the effort involved ( expensive and complicated), unless it is going to be a very rich mine.
Buying the best gold detector and equipment necessary to survive for months on end and finding a nug or two now and again (a rare happening these days) will likely cause you to become divorced and or broke).

If it had no value, then I would have to limit my range equipment and distance. Even with a small value helps to pay for the hobby. Minelab and Garrett prices, Fuel and caravan costs do add up so I do prefer the gold to have a value.

I'm not sure I would still detect for it although I love the outdoors, the hunt and the therapy it provides plus the thrill of a find, albeit very small. I'd just like to find enough to say I can pay for at least half of what I've spent on detectors & coils. That still puts me about $3k in the red and thats only half. As above, i don't think I'd sell it unless I had a pretty significant find.

I had to think about this for a while. I must say that I, like most others here enjoy getting out in the bush and love the thrill of the hunt, but I would not spend the time hunting for gold if it had no value. Part of the excitement for me is knowing what I am hunting for is valuable. 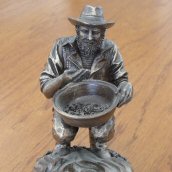 Couldn't agree more with you there Oldfella & (less one were forced to do it) who doesn't love the thrill of any hunt?
Put it this way, who in their right mind would go out & spend well over 10G on single metal detector with a shi*t load of coils/metal detecting accessories, if gold had no value at all?

If that were the case, it be camping, fishing &/or hunting me.

RE: Would you still do it

The fish I used to seek with such vigour did not have any great value , all I shot was eaten , it was only when I started gold panning and detecting was there any theoretical financial reward , my greatest treasure from a trip to WA would be memories , photos and superb lump of weathered hardwood rescued from a camping stop , now sitting my living room . I continue to go panning in Scotland, and have found that the gold found is directly linked to the cost of getting it , one figure never manages to catch up with the other !

Looking back when I first began prospecting as a teenager, I was not attracted because gold was overly valuable, it’s price was artificially controlled back then to barely the cost of production.
The reason for my interest was its rarity and the challenge that was presented in finding it.
The great advantage it had as a hobby was that you could pursue it inexpensively with a simple gold pan.
Would I do it now? Yes but I would be doing it with my gold pan again not with an expensive detector. Why would you if 10 ounces is no more valuable than a few grams. 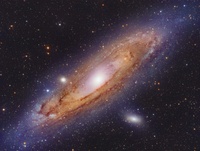 For the fossiker and Gemo ruby is the "Must have" gemstone today, also Emeralds.
A high qual ruby will be many times more collectable and valuable than an equiv size and qual diamond.
Diamonds have seen their day; They are very ordinary looking, there are bazillions of them world wide. They are valuable due only to clever marketing......Although I guess the same can be said for anything.

Kon61gold wrote:Couldn't agree more with you there Oldfella & (less one were forced to do it) who doesn't love the thrill of any hunt?
Put it this way, who in their right mind would go out & spend well over 10G on single metal detector with a shi*t load of coils/metal detecting accessories, if gold had no value at all?

If that were the case, it be camping, fishing &/or hunting me.