After 5 trips out for nothing I was getting desperate to find something for the month of June.
I made arrangements to meet my friend at Castlemaine, my first venture ever there.
The first problem we discovered was that my gold map was purchased in the 1980’s and things have changed just a little bit since then.
The first turn towards the goldfields and I discovered where Loddon Prison is situated. We had a bit of a laugh about our number plates now plastered all over Australia.
We drove around and in the end asked some locals where we were. The lady was helpful but when we told her we were out prospecting her immediate reply was “You’ve just lost me”. She told us that the locals were very upset about the holes not being filled in.
As my friend said, they complain about a few holes not being filled in but the amount of junk dumped in the area is a disgrace.
Anyway, we went back along the highway and then turned up Adelaide St and then up the “Goldfields Track”. We drove as far as we dared because it is a rough track and ended up parking where every other prospector parks and they had been there quite recently. This area looks like it was surfaced at some time.
My friend took off with his SDC and I headed off up the hill.
After about an hour I had a good signal and scraped the ground and it had moved. I kicked a rock and it was in there. The signal was really good so I switched to Difficult and tried it again and it was just as loud. I was confident it contained gold. I picked up the rock and had a good look and it was all quartz so even more confident of it containing gold, but there was none visible. I put the pin pointer over the rock and located where the signal was coming from. I headed back to find my friend and got him to run his SDC over a hot rock I had found. He got no response. I then put the quartz under his coil and it blasted.
I am wary of rocks that give signals after breaking open an ironstone rock and discovering lead inside it instead of gold.
I kept the rock to bring home for my 7 year old granddaughter to crack it open. Inside was 0.4 gram of gold. A little piece broke off when I was cleaning it up. 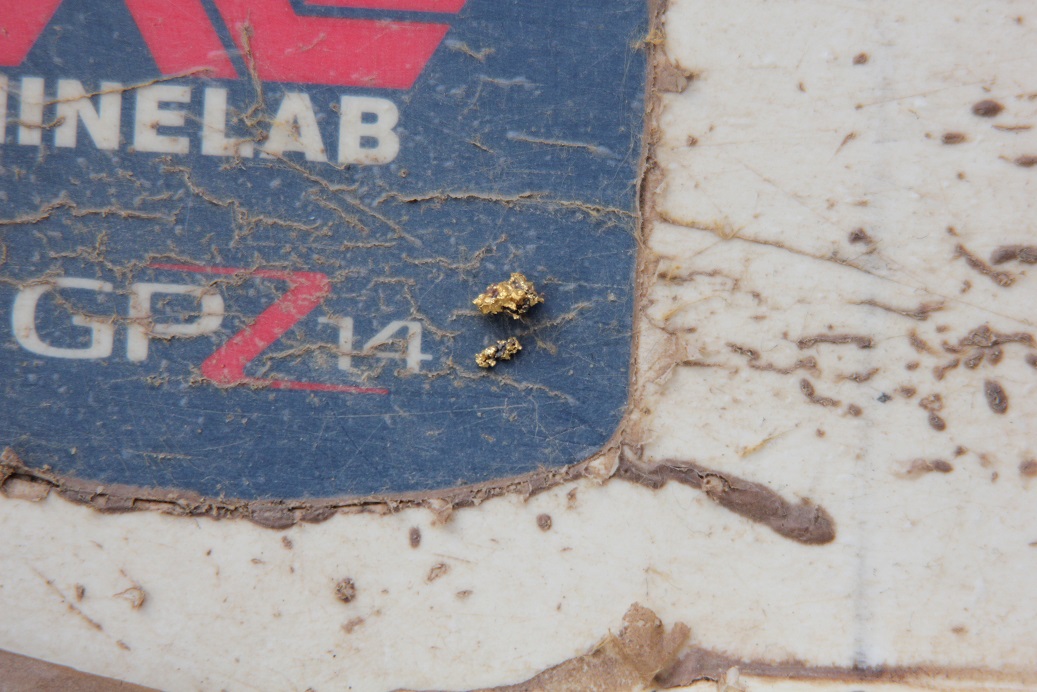 Over the next hour I dug up quite a few rusty bolts and nails. I then got another distinct signal which was very indicative of rust but I dug it anyway. A good thing I did because it was another piece about 0.12 gram. 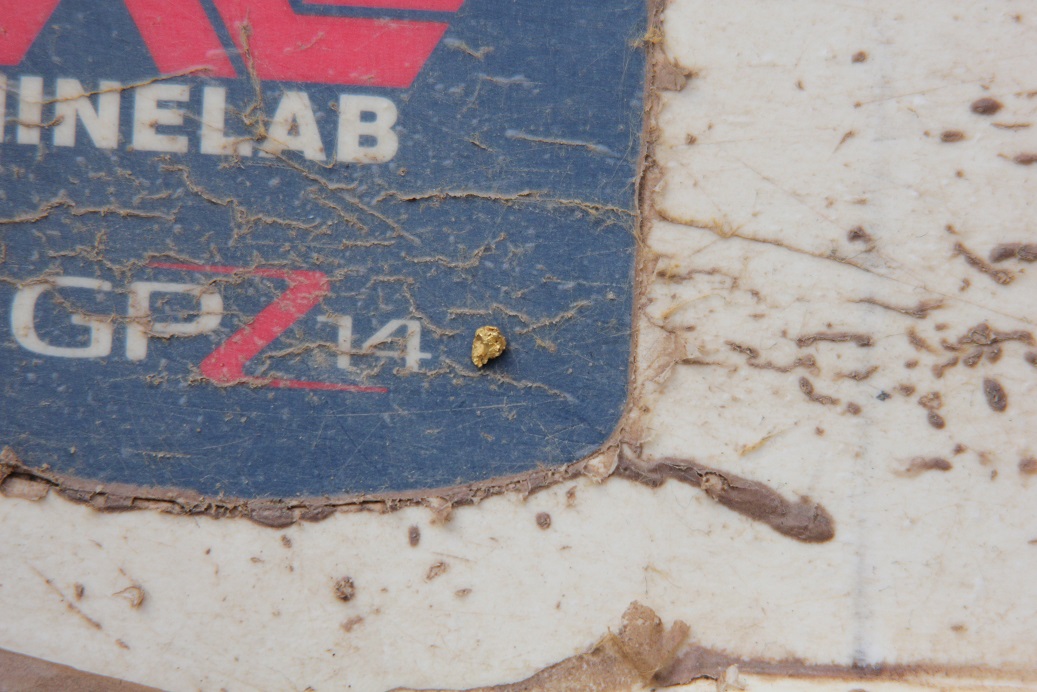 That was all I found and unfortunately my friend went home gold less again. I took him up to where I found the last piece and let him detect around there and watched him as he did. He needs a bit more work with his technique. He is getting dejected with the lack of success, especially with his new “blue vacuum cleaner” he just purchased. He lives in Bendigo and I keep telling him to get out as much as possible, success will eventually come.

Good on you Axtyr, nice bits of reef gold. Regardless of which goldfield one goes looking for gold today, perseverance & an understanding of the ground conditions of where to best place ones coil over, is the key to success. Nothing comes easy in life, one has to put the time in & work for it.

They built a jail on a fantastic gold area,then fenced of a massive area of bush surrounding it.
Found some nice bits around it before it got mega fenced.
Have spoken to some prison guards over the years who warned me NOT TO JUMP THE FENCE!