Another Day Out With The Zed

Another Day Out With The Zed

Hi guys, Got off to an earlier start than last weekend. Ended up carrying on from where I left of last weekend on the same old workings. Bit of snow still up on the tops. 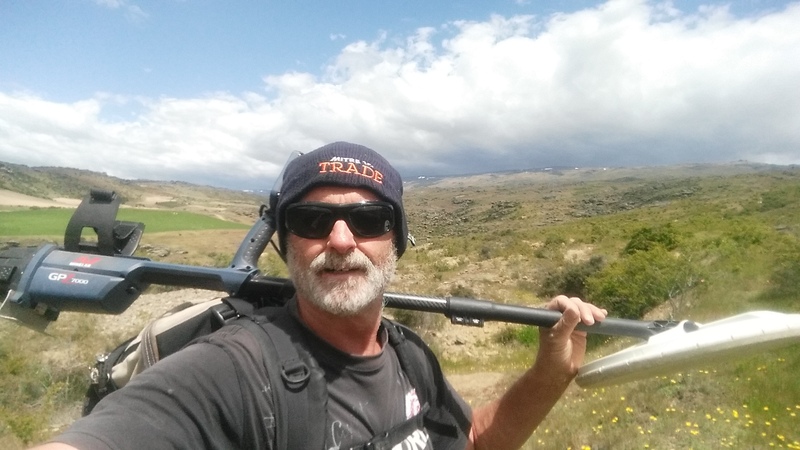 Hiked up to the spot, dropped the back pack & rigged up. Settings were, High Yield/Normal. Threshold 25, sensitivity 6. B & Z booster batteries had gone flat....bugger. So it was just the WM 12 cranked up to 20. First signal in as many minutes. Scrape scrape & it had moved. Damn....shot gun pellet 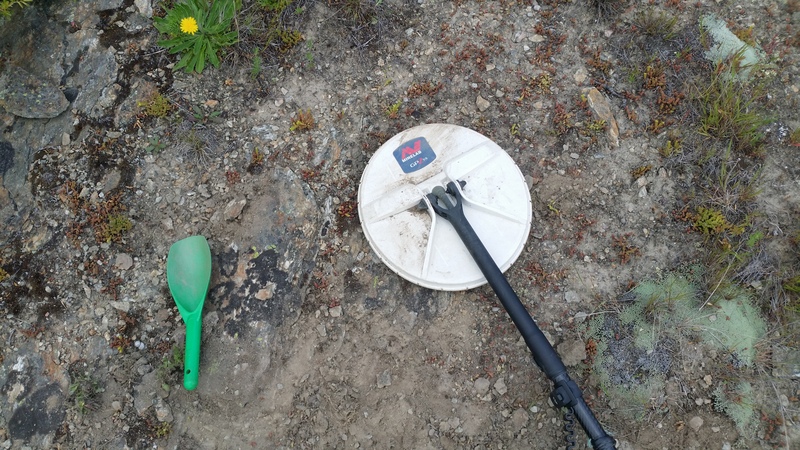 Couldnt help myself being the first signal. So I checked it rather than walk on. 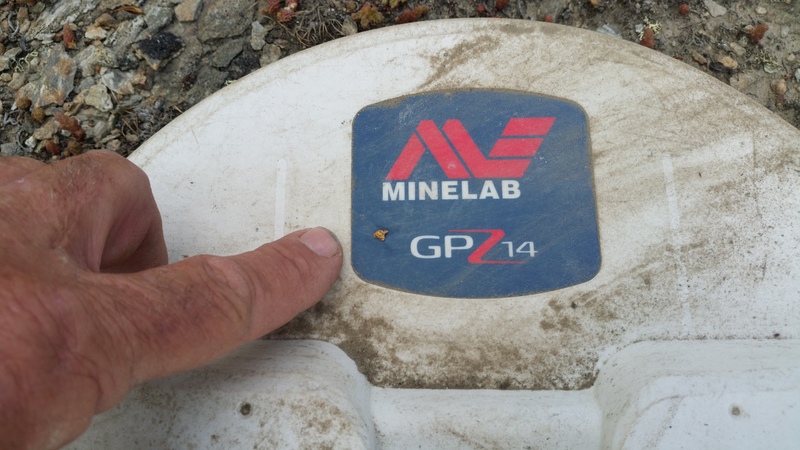 Jezzzzz   Now I have to wonder how many of those scrape scrape moved signals I have moved on from thinking they were just shoty pellets. 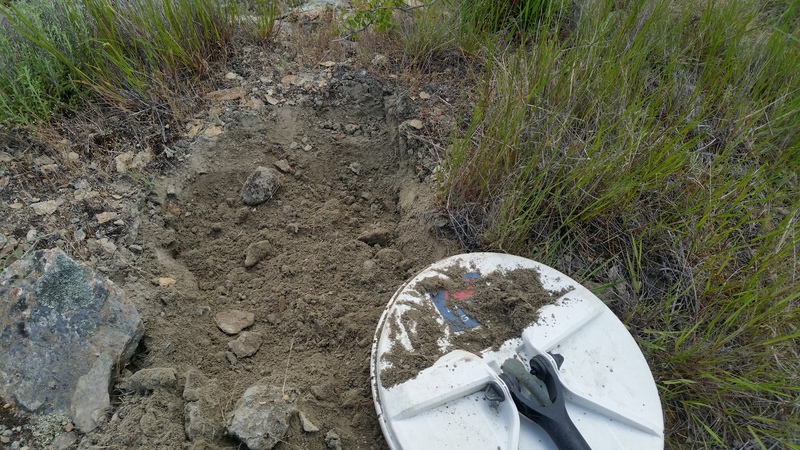 After quite a few scrapes the signal was still in the ground & sounding better than a shot gun pellet. My hopes were high 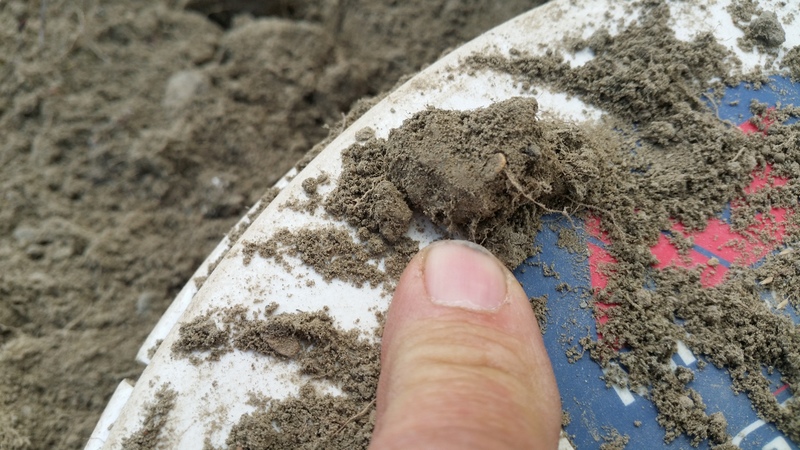 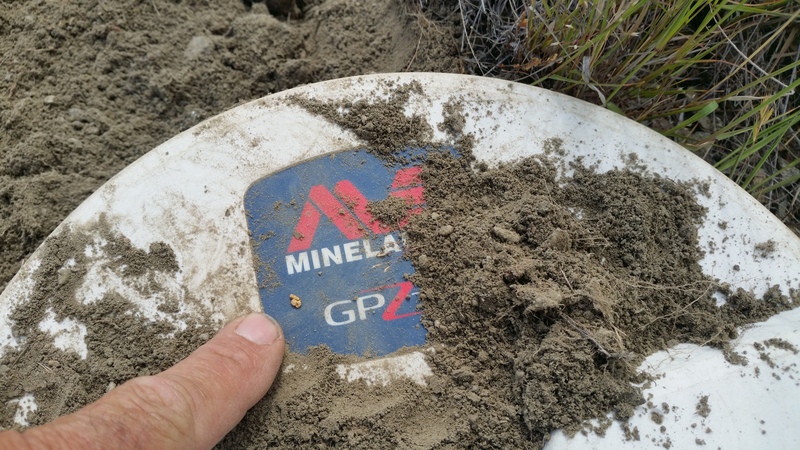 Well those two where in the first 5 minutes & then it was a long time between drinks. Had a coffee break & then back in to it.

Came across this old timer water race channel formed by slabs of schist up on edge. Pretty cool. 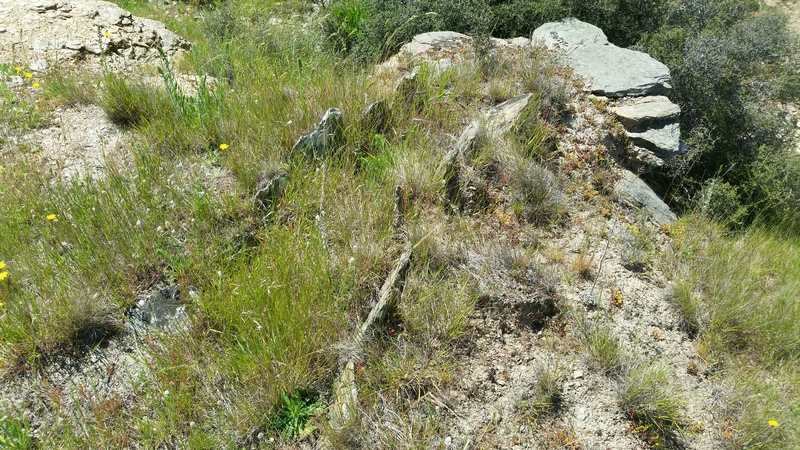 Then got a signal on top of another old throw out pile & under a briar rose bush. 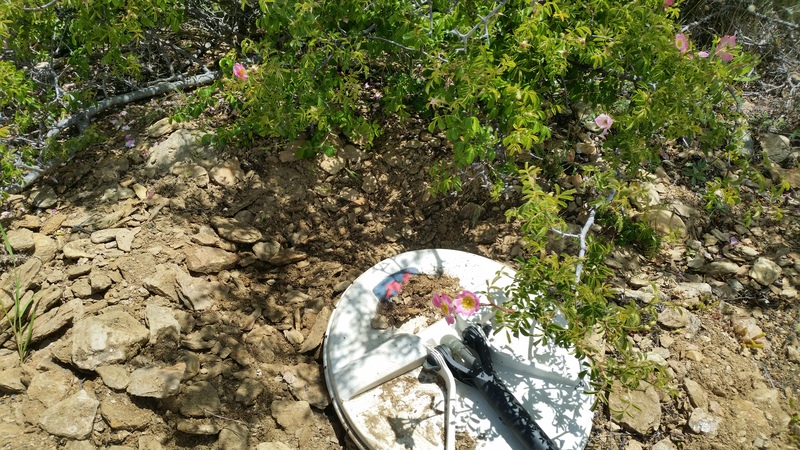 Another tiny bit of gold 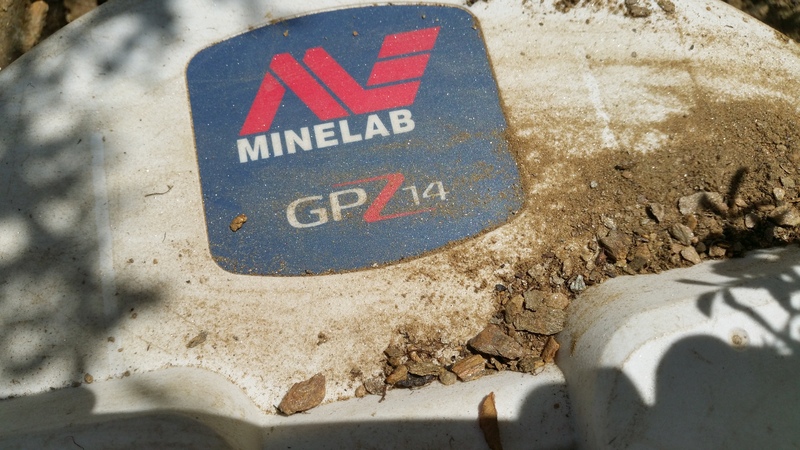 I then came across the spot on the deeper ground on the fringe of these workings were I got that bigger bit last weekend. Not 2 feet away I got a good signal. MMMmmm...how come I didnt hear that signal last weekend.

Dug down in to the top soil about 4 inches & the signal was still there & sounding good. 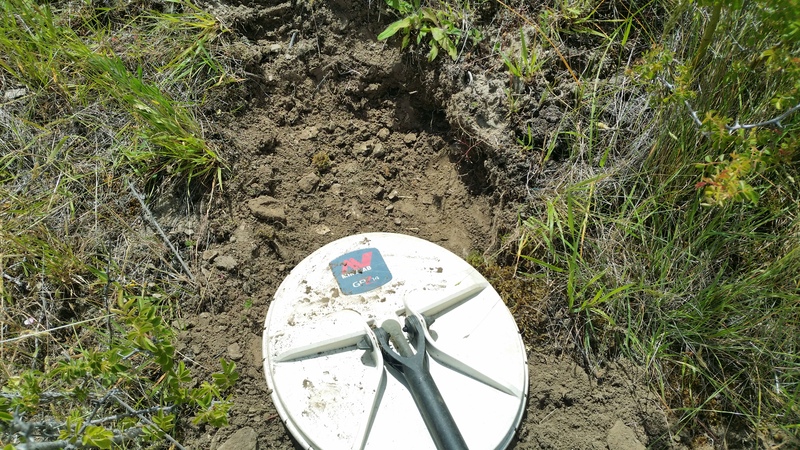 Then it was out & I couldnt believe the small size of it for the signal & depth. But glad it was gold. 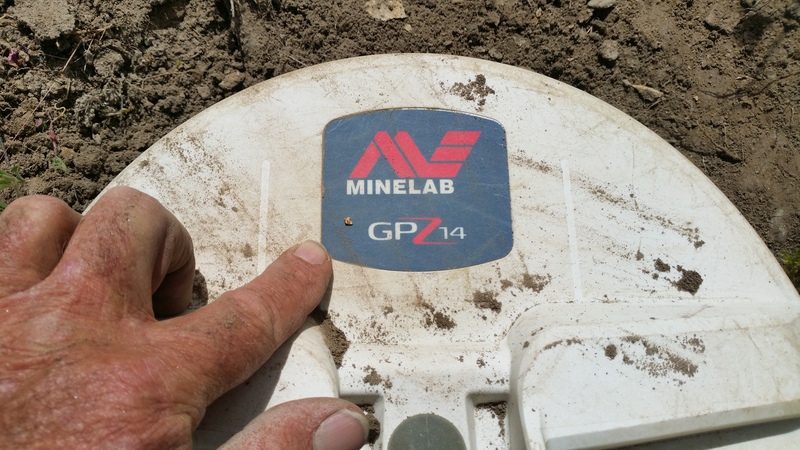 Stopped for a late lunch & a bit of shelter under a briar rose bush to get out of the sun. It was getting pretty hot.

Got a loud hit just beside an old gutter that the old timers had dug out. May have been one of their ground sluicing ditches or a natural gutter that they ran their water down. It was down a wee bit before the signal was out. 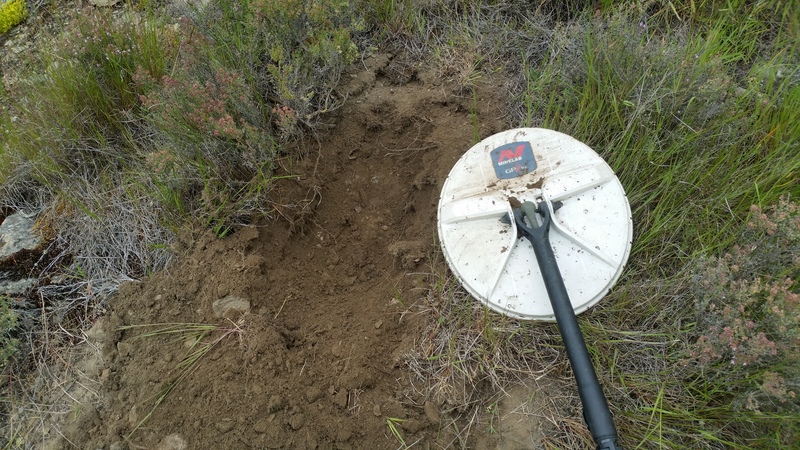 I wasnt holding my breath that it was going to be gold....But... 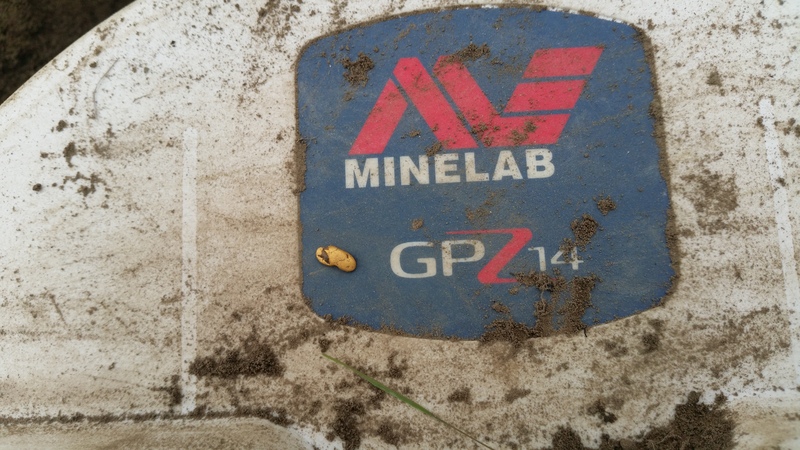 The biggest bit for the day.

Then it was another long time between a good signal. But come it did. Another scrape scrape & it had moved. 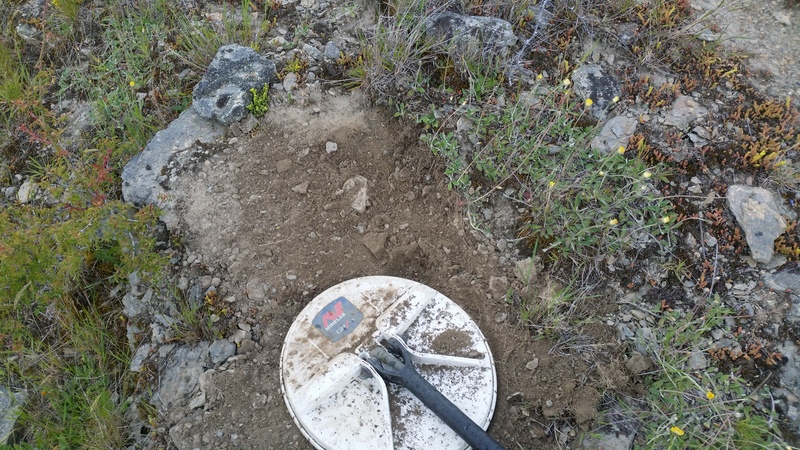 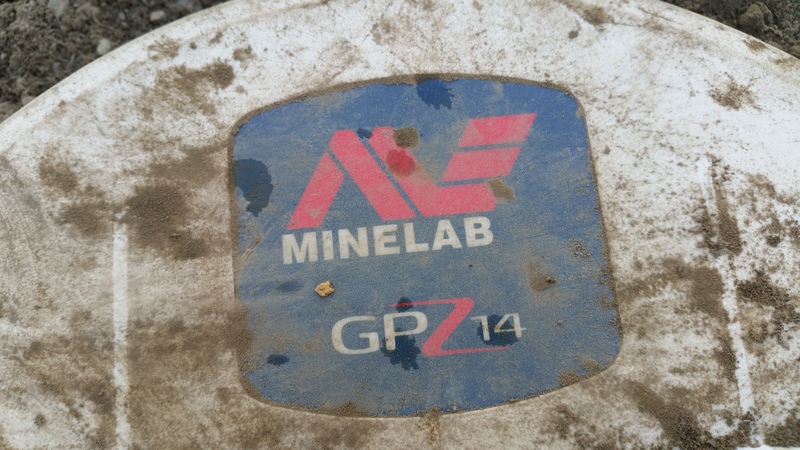 Small gold it was.

That was it for the day. 6 small bits for just over 1 gram. 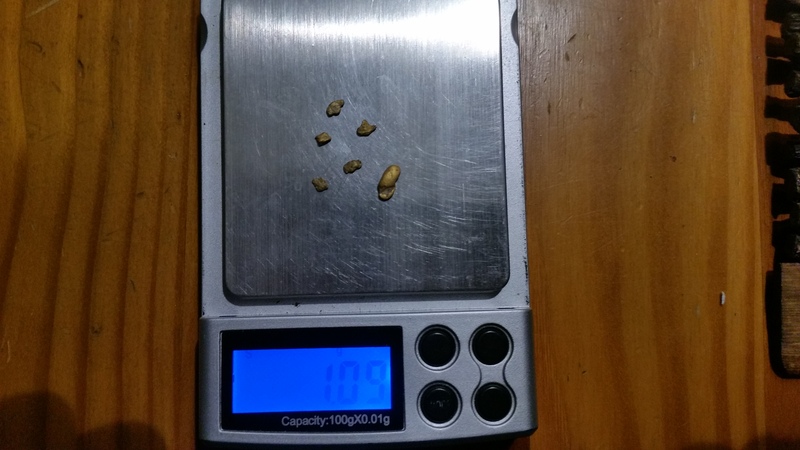 The Zed blows me away with the tiny gold it is finding. But where have all the bigger bits gone.

Nice finds kiwijw.  Like the pic of the old water race.

Well done on your finds, the big ones will look after themselves so keep it up. The stability of this detector is amazing me all the time aswell, yesterday I dug a flattish .13g piece at 7" (sens was 9).

A deadly combo, you and your Zed.

I am sure if a big nugget comes under your coil.. you will ping it


The Zed blows me away with the tiny gold it is finding. But where have all the bigger bits gone.

Go back through members finds, you'll see some bloke also named JW took it, the bugger.

Hi there AnnieL, Thank you. Here are some pics of a different water channel/diversion from the old timers & again with the schist up on edge to form the sides. This one is pretty cool as it has a flare to gather the water. Maybe it was a sluice box set up. It has been set up in a natural gutter of a gully that you will see running down behind that dude standing in the first pic. 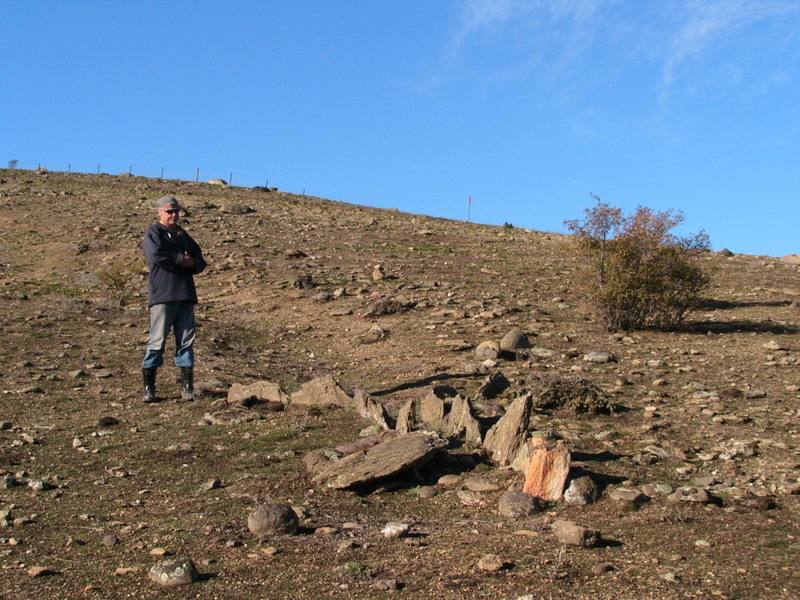 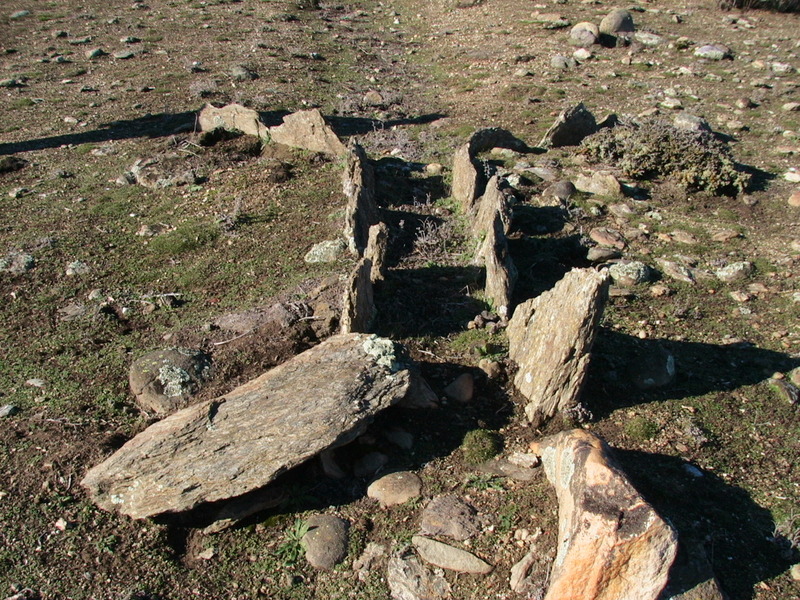 This is taken lying down looking down the "sluice box" Hows that back drop?? 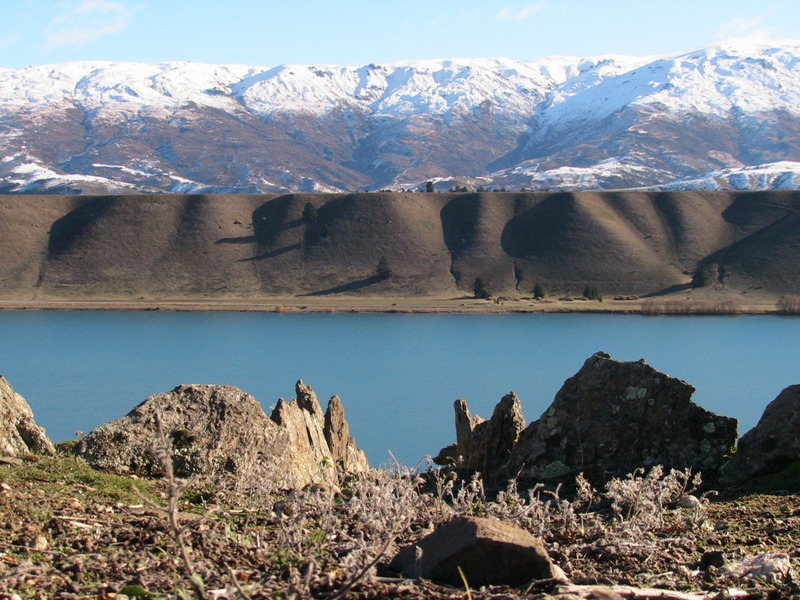 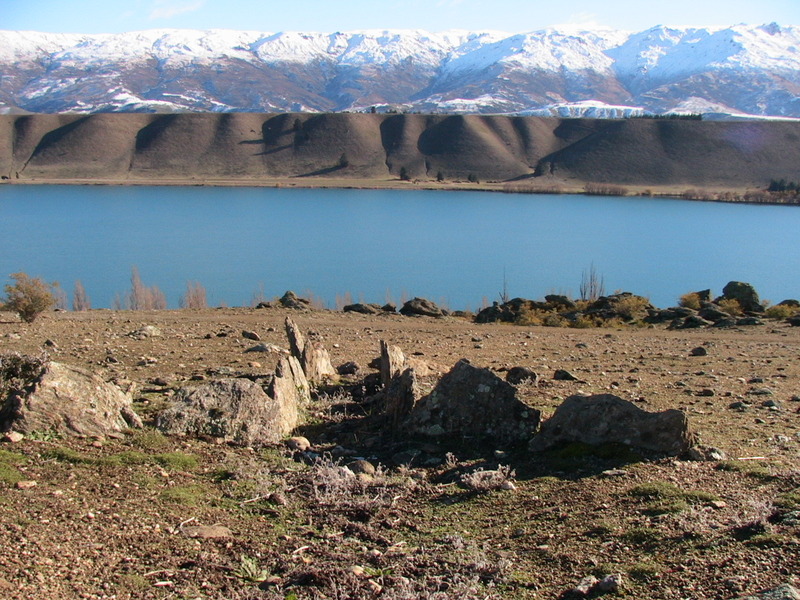 GOLDGASM, Cheers mate. Yer I am picking the big ones will look after themselves but going over my old ground areas I think the 4500 has done a good job of getting the bigger ones. I need to go further out on the fringes of the old workings to deeper ground & see what the Zed can ping. That or get back into true prospecting on new ground. Thanks

Hi Jen, Thanks again for your continued support & kind words. Yes I am sure if a bigger one is lurking the Zed will ping it for sure. Just a matter of walking over one.

G'day Slim, Thanks mate. Yer that bloody JW. Wait until I catch up with him

Thought when I saw the first photo that you may have been in line for a bit of a wet day by the look of the clouds behind.

Another great result and that backdrop is nothing short of spectacular.

No worry about the size. Carry on regardless I say.

Well done on the finds JW. That man made/built sluice, to channel water through, is amazing. Just goes to show what man's ingenuity is capable of, when all depends on gold for a living.
As for the surrounding scenery, "spectacular" as usual.

Never get enough of the beautiful scenery over your side of the ditch, so thanks again for the sharing of your finds and pictures.
Also the ingenuity of the old timers is something else.

Another great write up John, the zeds killing the smalls mate well done.
I had a similar thing happen to me last night where I got a sweet target only a foot away from where I found a nice +gram bit.
I was running in Bodgings settings (Threshold 1, Sensitivity 20) at the time so I feel this can be a valuable option when conditions allow it.
It was only a little rust ball at about 11" but I was amazed I missed it.

Looking forward to your next write up mate.

Hi there Bernie, Thanks mate. Yer....I was getting a fair bit of thunder & lightening activity. Not too nice to be amongst that stuff when up in the hills

It was at a bit of a distance & luckily for me it didn't come over head. I got the odd spike through the Zed be it quite faint & nothing like I would have got with the 4500. That was pleasing. Cheers.

You will enjoy these pics then.

Hi there Hoff. Cheers mate. Yes the Zed amazes me with the small gold it is finding considering that I have been over these workings with the little coiltek joey mono & NF 8 x 6 Sadie coil more than once & missed these

Here are a few more pics from the same area as the above 4 pics. On the same slope of that hill & around a bit further is this out cropping quartz reef. Barren of gold unfortunately

Above that schist lined sluice box in the above pic & over from that fence line on top of the ridge is this
Another schist lined water race that was spilling water over the edge & into some pretty impressive herring bone rock stacked ground sluiced workings. 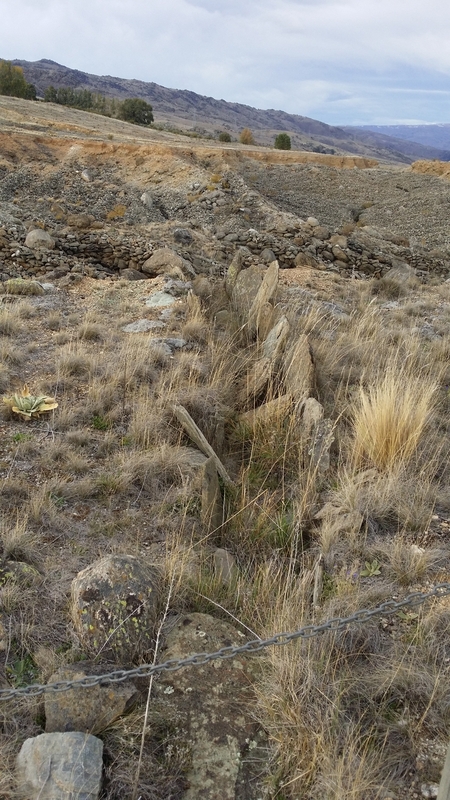 This is at the very end of the schist line water race (note the slabs of schist left & right in the foreground) where it spills over the edge & into the workings.
How are these for stacked rock tailings. 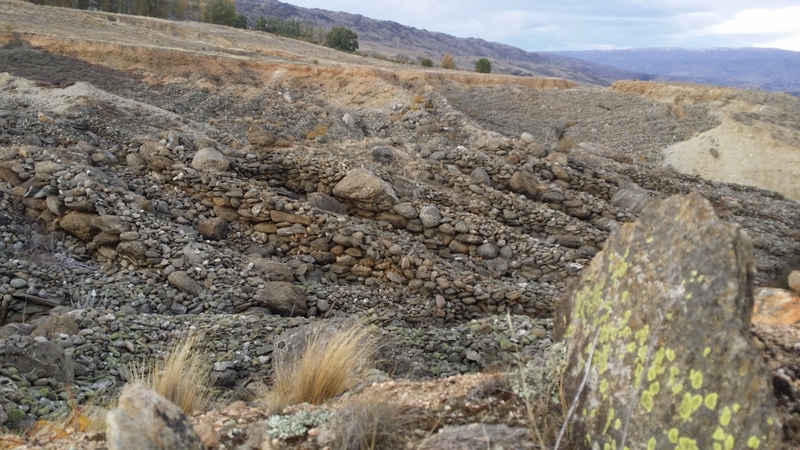 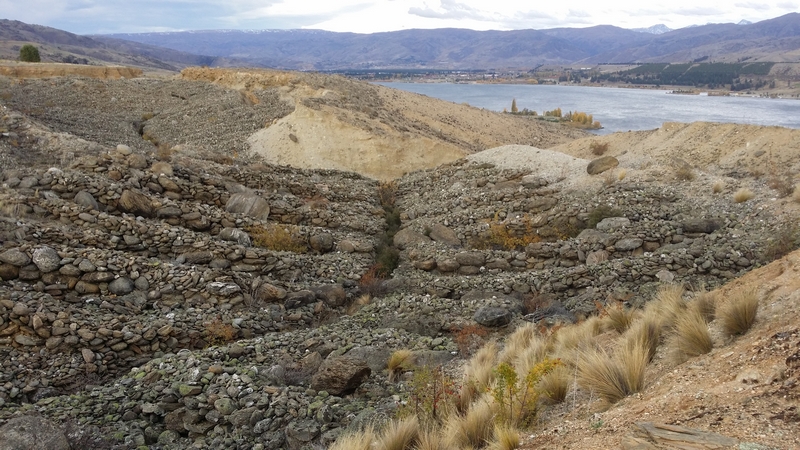 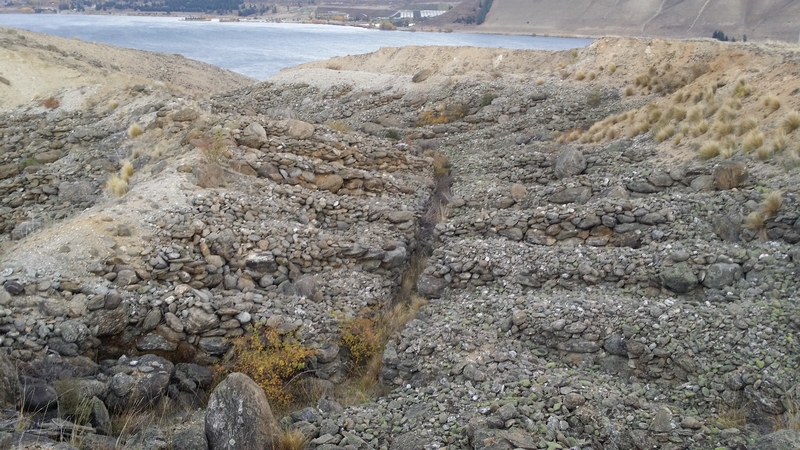 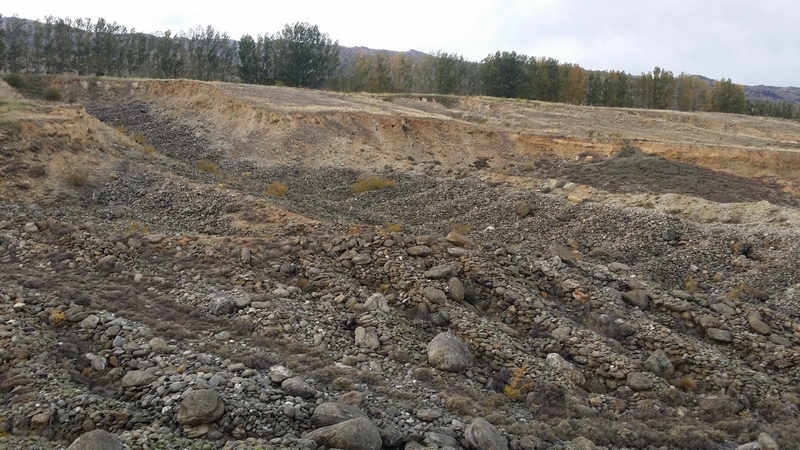 Wow JW, they sure paddocked and stacked that area out, can you imagine doing that today, it sure must have been a rich area.

Thanks again for the magnificent pictures, very captivating to see what the old timers got upto.

Only in NZ could a mine site look so picturesque.