It was a nice cool day so I decided to get out for my first detect of the year. Wayne and I headed out to a new spot and Moredeep joined us for a short time later on. Moredeep was the only one to find gold in this location and after a break Wayne and I moved to our usual spot where Moredeep found his last 4 pieces.

I showed Wayne the area where that gold was found and left him to it. My first signal at this location got me my first piece. My second piece was found a while later. Unfortunately Wayne battled hot ground where he was. The detector really gave a good signal but when the dirt was removed and broken up, there was nothing. 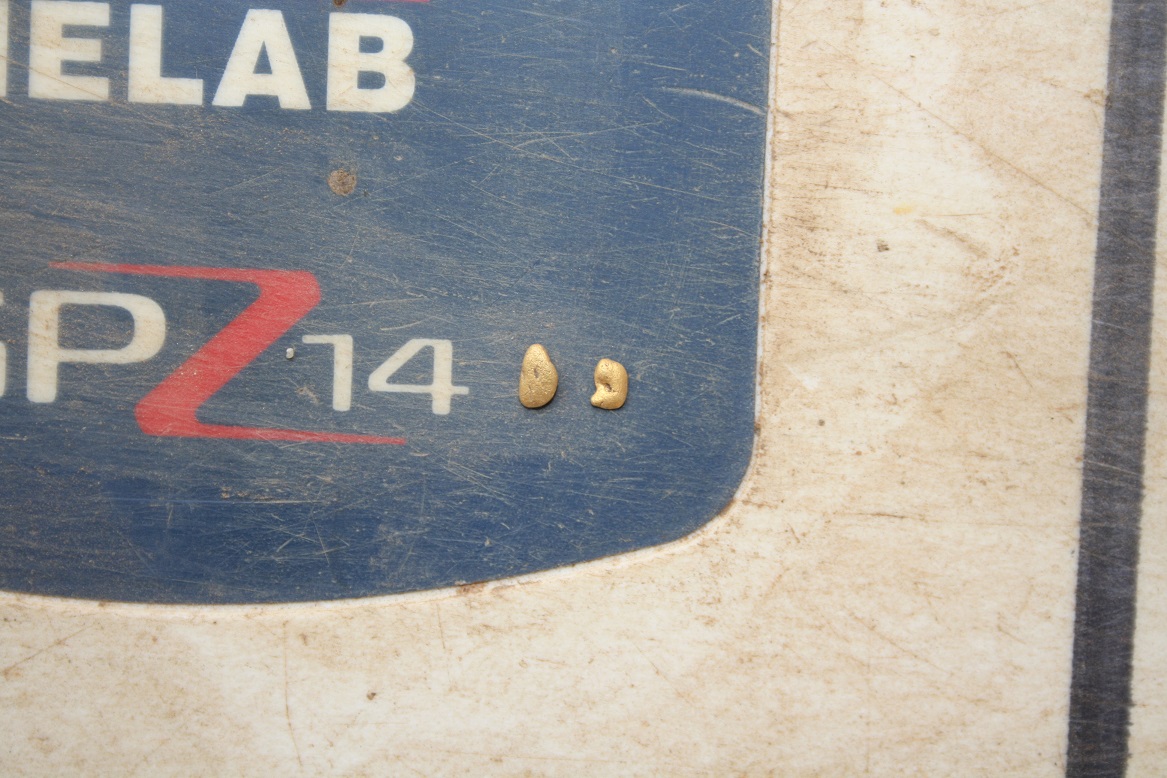 The 0.08 gram piece was just a “that sounds strange” signal. Once I removed the leaf litter it brightened up considerably. It was only about 5mm in the ground. The other piece must have been just under the dirt or right on top.

Wayne has only had his detector for about a month and he was using the Nugget Finder 12” mono coil.
We gave I a bit of a test with the 0.08 gram nugget inside the bottle and it just picked it up. Then we tried it on the ground and the nugget gave a very good signal. These tiny pieces are almost on the surface and so his detector shouldn’t have any problem locating them.

Good luck out there.

Good on you Axtyr, well done. It don't matter how tough the times are, nor how small the gold finds may be, but the gold nuggies ain't going to come to us, we have to go to find them. Go that extra yard, go that extra mile, for all who seek eventually find

I've found a few tiddlers that need putting up on this forum myself, but not till I go over this area of ground a couple more times.