Pacemakers can register the effects of severe solar storms, though there is no danger to the patient from the ‘glitches’ that occur.

Their has been and more severe solar storms at the moment. I had a 10 second steady alarm from my ICD 4-times in a 24 hour period.
On my device the alarm is a magnetic warning telling you to move from source of magnetism. Each of the 4 episodes was well clear of all sources.
This was the only incident of alarms that I have had in over 6 years. My heart Dr manage a appointment in Melb. 160 km away for a Specialist ICD/Pacemaker.
I managed to talk to the Manufactory's Help line and sent a download of my unit to them.
Both the Manufactory's and Specialist found no fault or incident from the heart. A friend said to look at Solarstorms activity

Total:  $465.00   Medicare rebate $219.30
So if you have a heart implant be aware this could be a cause of your malfunction if you have one.
Pacemakers can register the effects of severe solar storms, though there is no danger to the patient from the ‘glitches’ that occur.

geof_junk wrote:Pacemakers can register the effects of severe solar storms, though there is no danger to the patient from the ‘glitches’ that occur.

Never knew that, the things they don't tell you. But I guess it may vary on person to person maybe. I have an ICD also. Pump function is decreasing yearly and they have no idea why. They made a point of not being near welders or large electrical fields and stay away from electric fences, not that I had plans on grabbing one anyway!

Interesting read Jeof & to think the current day sciences are predicting even more severe solar storm activity over the next few years, can be a little worrisome, considering the effects Electromagnetic Interference can have on a range of electrical equipment & or systems.

Yes the current sunspot cycle is increasing in intensity faster than predicted....This likely means that we do not know everything about the sun just yet rather than this cycle being unusually intense....probably quite normal.

This from https://www.spaceweather.com/
A potentially large and very active sunspot group is about to emerge over the sun's northeastern limb. For the past week it has been hurling CMEs and plumes of plasma into space from its location on the farside of the sun. Now, it is turning toward Earth. The leading edge of the sunspot group can already be seen right here.

Couple of biggies poking over the horizon. 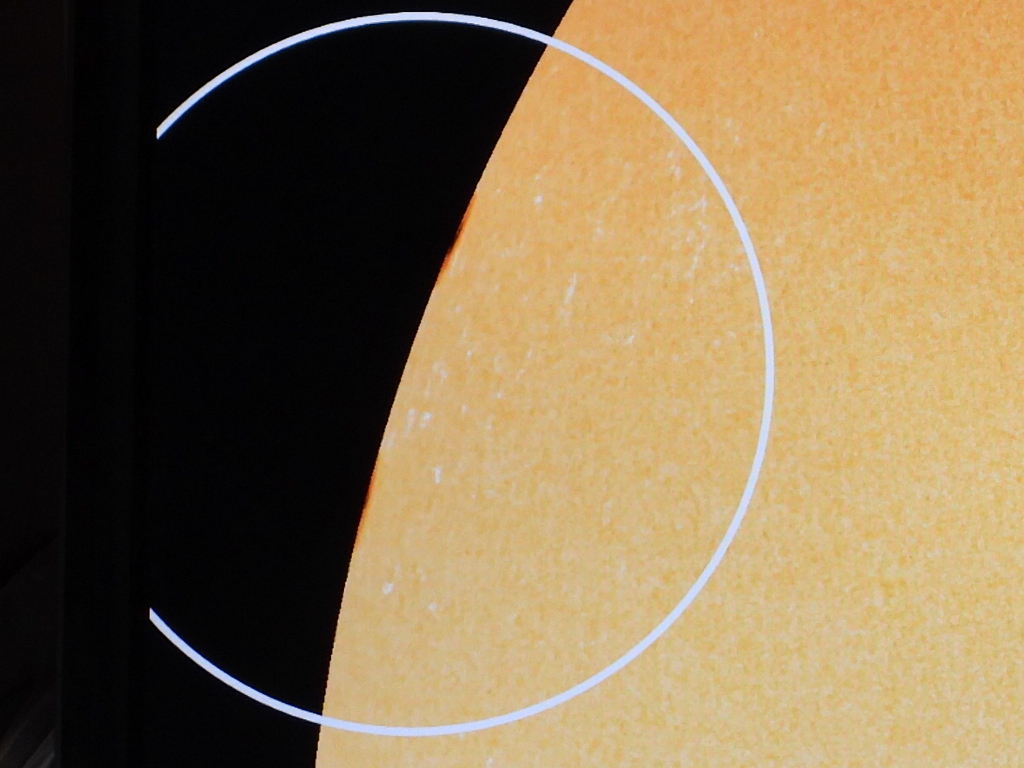 Thanks for the image I knew you would be on top of it. My incidences occurred at the recent peaks. This does not mean it is the cause or that it has lifted the value that the ICD sees and any other magnetic field starts from a higher level than the set calibration that the ICD is set for. Had another warning today, but in this case the Milanese Stainless Magnetic Smart Watch Band  was in close proximity to the ICD but that has not been an issue in the past. If you find that I have stopped posting, there might be a justification to panic. 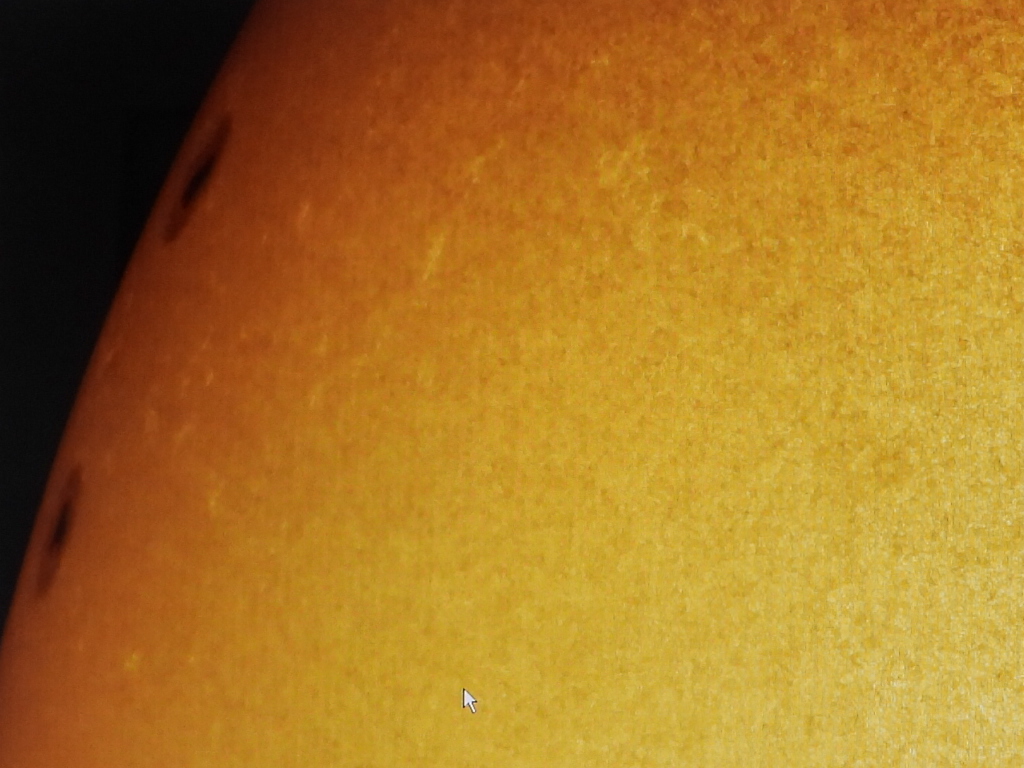 Radio black out regions ( Australia Copped it) caused by these Sunspots and their activity yesterday and today. 16/17 Apr 22 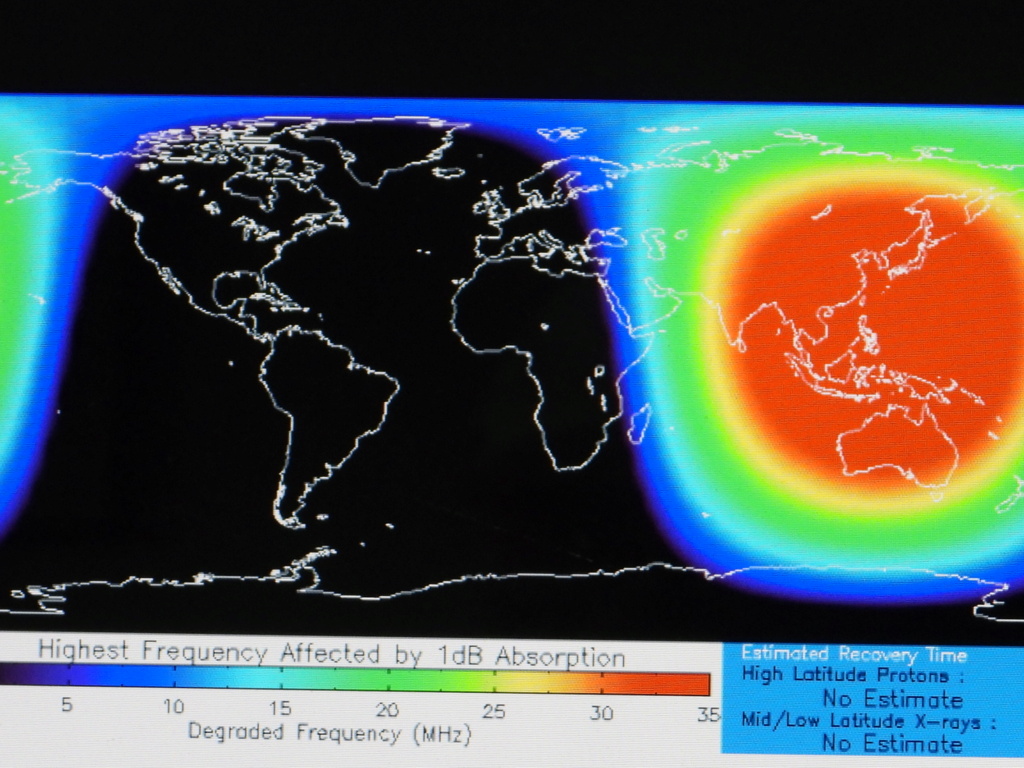 so Adrian the stuff coming out of the sun is it a solid/ plasma type substance?? or light it self??

High energy plasma.
A flare results when magnetic loops of high energy plasma emitted from a sunspot collide with each other which causes an explosion of protons and other radioactive particles at millions of kph which when they reach earth, can destroy satellites, radio transmissions, kill astronauts, trigger powerful earth currents n lots of other nasty stuff.
Solar flares emit radiation from radio waves right through to gamma ray frequencies..

Here is a view today of these very active sun spots......Notice what appears to be a huge "Light Bridge" across the spot second up from the bottom of the pic.
The top two spots also have a light bridge either in the making or already collapsing??
The spots are currently approx 30,000km in diameter....Give or take a few thousand km
This might be signalling the break up of this particular spot....Although light bridges are not fully understood yet. 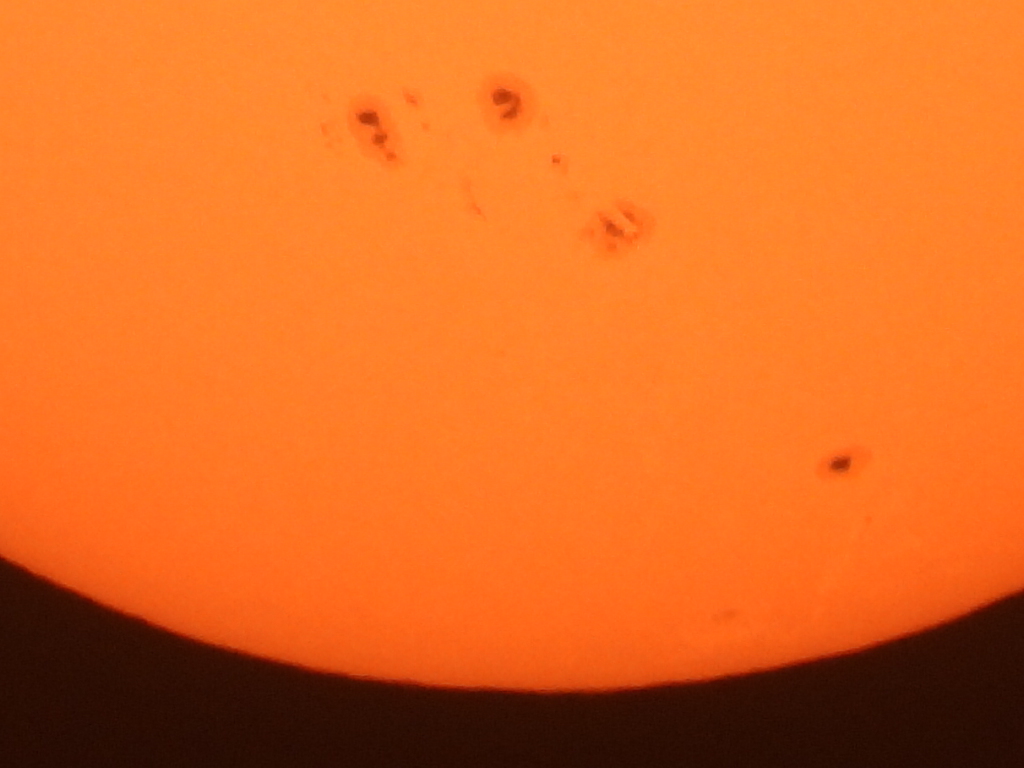