Just thought I would share my father's day find and see what you think about it.

Took a few friends and family out to a local popular dam for a picnic lunch and to show them some metal detecting as I knew the dam is very low due to the drought and you can get down to where people have been swimming.  ( its not gold detecting but it would have to do).

After finding the obligatory sinkers and lures plus the odd coin I unearthed a watch down in the wet mud.  I have found the odd watch before and they are usually totally cactus, but this one was in really good nick considering where I found it.  It only had a slight fog in it.  After a friend googled the brand his eyes nearly popped out of his head and it was funny to watch how everyone suddenly got VERY interested in metal detecting ( I had 3 detectors going, just old ones).

I didn't want to get too excited it could be a fake and besides it wasn't mine yet, I would take it to the cops first.

Well they had no record of it being lost and no one claimed it so now it is mine.  The fog has cleared during its time with the police, you can only see some slight discoloration that actually looks worse in the picture than real  life.

I took it to an experienced Jeweler in town and her immediate reaction was that it would have to be genuine to be in that condition after where it was found.  She popped a new battery in and away it went and has been keeping good time.  However I asked if she could take the back off again to see if she could find a model number inside, as all I can see on the back is 111, which has not been getting me anywhere with my research.  I haven't been able to find a pic on the net of this watch or anything really like it in that brand.  Anyway she said it looks to have a Japanese movement in it, not Swiss.  So she said it could be a very high quality copy/Fake or the company are cheap-skating like a lot are these days and getting their movement made somewhere else.  Although I thought someone doing that would get it made in China, but anyway has anyone got any ideas or knowledge on this subject.

It has been a fun find , thanks for looking. 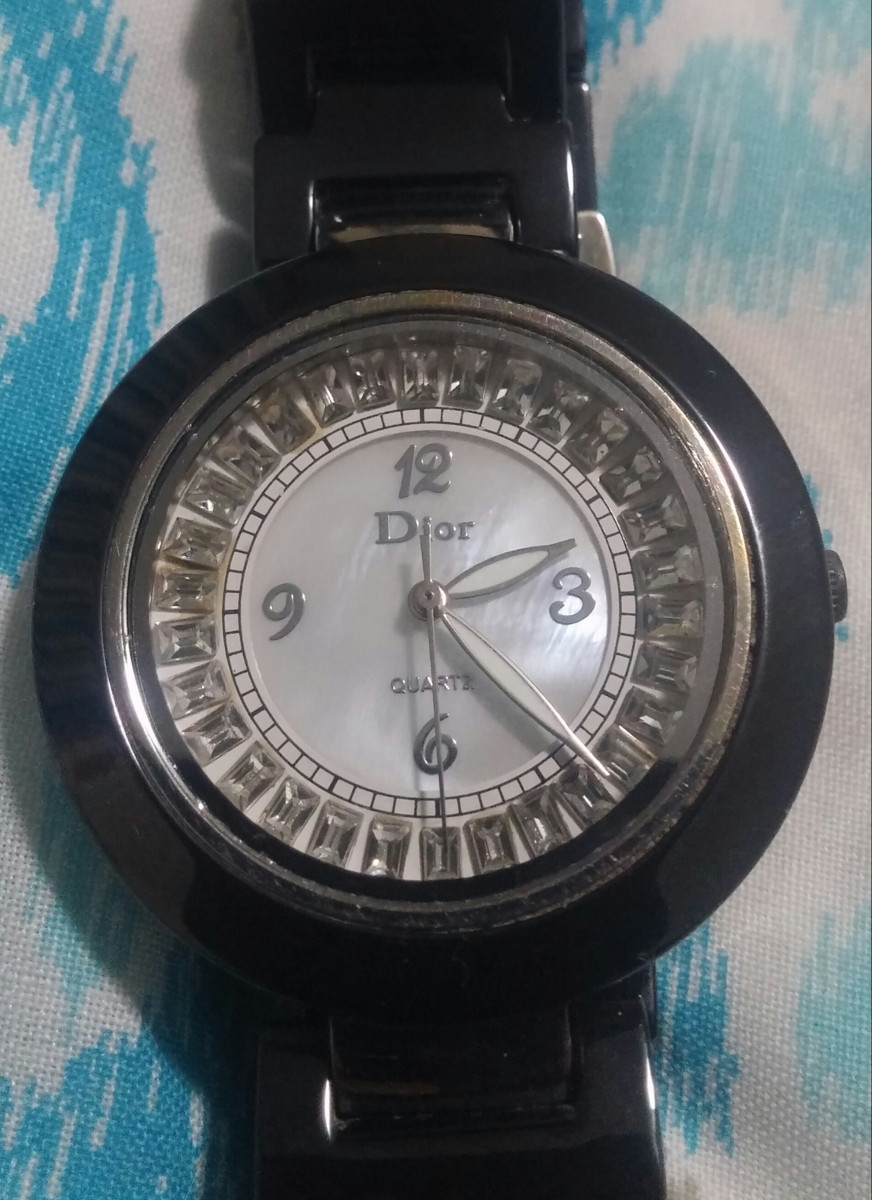 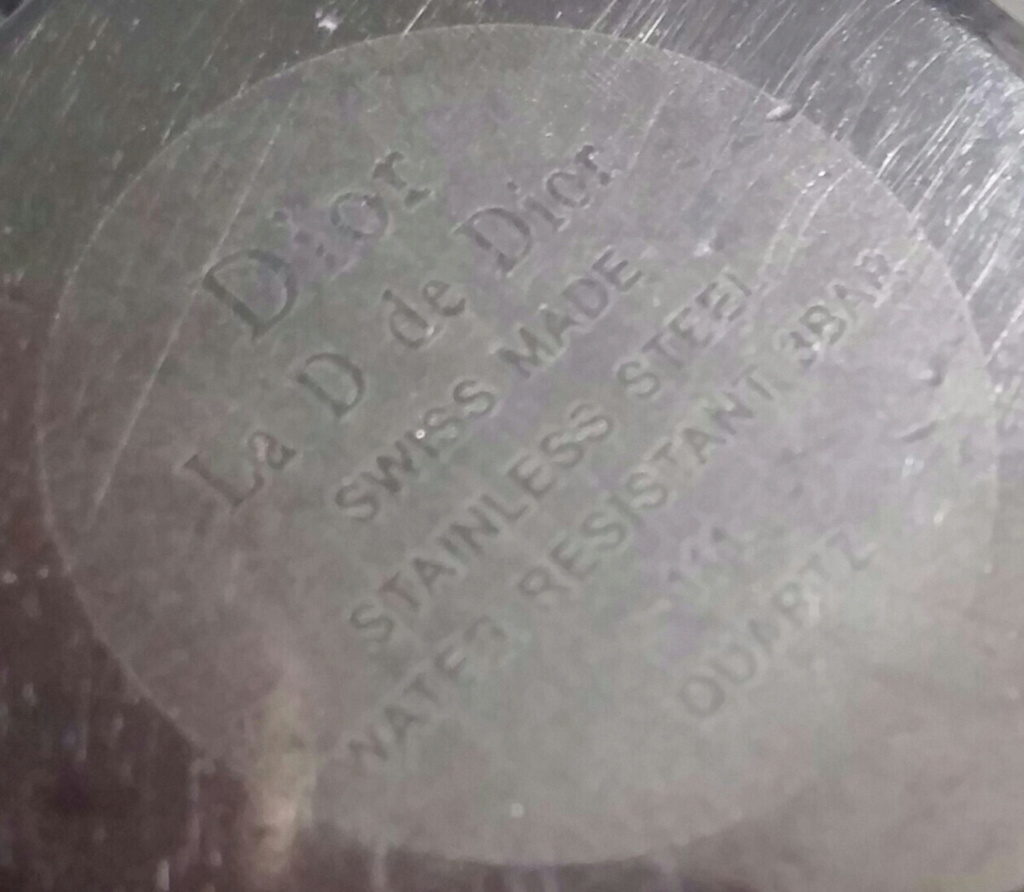 I also cannot find that model listed. It would be handy to know what movement is fitted to it. Also those stones around the dial will be diamonds if it is a genuine Dior.....Water resist to 3 atmospheres is not much so you were lucky that it was still running after being in water for a long time.

Like Adrian has said, if the stones are real diamonds & not crystal quartz then the "La D de Dior" (Christian Diors prestigious/luxurious side/line up of Swiss made, quartz movement hand watches) would be most likely real, regardless of where the actual quartz watch movement, is made or comes from.
Swiss made today, just means that it is all assembled in Switzerland, but with the allowance of incorporating a certain percentage of imported parts, such that of the quartz movement & although quartz movement on time pieces were first released/introduced by or from Japan, Swiss movements are regarded as being of a better all round quality.
If there's nothing more inscribed in front of the 111, it could be of an earlier series model 111, instead of a model V111 (such that available today). Either way, if the set stones are real diamonds, you can bet the watch is the real deal.