Good on Rohan/Nugget Finder for producing such coils. Best suited to large sections of open ground, free from grass/leaves/twigs etc, but with all the rain we've had here in Vic, might be a problem swinging/manoeuvring through the above without getting caught up, using such a large open spoke coil. Oh well, as long as it works good over mineralized ground, is all one can hope for. Thanks for the update Old Hand.

Was advertised today at $640

but what advantage in what conditions would this DD coil have over its mono 25' advantage brother??????????

Not stupid at all Joe. The advantage of a large DD over its 25 inch mono counterpart, would be its unique ability to punch/cut through sections of highly mineralized ground far better, with less EMI coming through than its counterpart mono brother of the same in size.

AH,HAAA ,good to see a couple of keen DD users besides my self ,

Yeah i''l be keen to hear peoples opinions of these coils when released ,been keen on a large round DD for a while .Curious to know what it would be like in '' MONO mode '' too in fairly '' mild ground '' of course ,compared to a standard MONO of that same size .

Quite an old post from JP that I have kept, that may be of use, Hope he doesn't mind.

DD coil use is pretty much a dying art thanks mainly to the Smooth type timings. The problem with DD coils is there is an instant trade off in perceived depth when one is bolted to the detector, this is across the board on all target sizes, however the trade off is not necessarily reflected in signal performance so much, but rather in signal strength and recognizability, confused?....read further.

For the time being lets compare apples with apples, so in this instance we are using Normal timings with your Minelab detector of choice in combination with either a DD or Mono coil, the Mono coil will produce the loudest signal response on any target presented to the coil because it is much more sensitive, however it is also prone to near to coil surface mineralisation because the receive area is so vulnerable, a Monoloop does not have the protection of the transmit winding because with a Monoloop coil the transmit winding is also the receive winding. You could consider a Monoloop coil to be the full blown power house coil a little like a V8 Bathurst 1000 race car whereas a DD is the on road car with traction control and hybrid green power which still has a decently powerful engine under the hood just that it is a little more gentle in its delivery.

A DD coil has to be nulled so that it does not see the transmit winding when it is receiving, thanks to this null it almost acts like a Mini ground balance allowing the detector to be used in some pretty nasty ground without being swamped by surface minerals, however this Null comes at a price because it takes the edge off the signal response. A good operator is fully aware of this trade off and will very quickly realise they need to have a VERY consistent swing speed and height to get effective performance out of the coil, but in places like Victoria where the mineralisation levels are extreme in the deeper ground types and the higher historical concentrations of VERY large nuggets at depth there is the potential of finding good sized nuggets missed by operators using the newer timings methods and Monoloop coil options of the GPX series machines.

There was a thread here recently where QLDSandy experienced a scenario where Fine Gold and Enhance produced a signal response on an in situ nugget that Normal and Sens Xtra would not respond to no matter how hard he tried, that particular nugget fell into what is known as a hole in the timings. This is quite normal behaviour and should not be seen as a fault of the detector, holes are part of the trade off of having different timings and being able to ground balance effectively, this is why the GPX 5000 has 8 different timings to choose from.

Every nugget presents itself to the detectors electronics differently and has the potential to fall into a hole in the timings, in the case of nugget sizes the biggest hole I have encountered over the years is the 1/2 to 1 ounce size with Normal type timings sometimes responding poorly compared to Enhance and Fine Gold. To see what I mean take a peak at the video I did for the Minelab Treasure Talk blog a while back where I compared Normal with Enhance on a decent sized nugget dig Minelab Treasure Talk Blog .

Minelab are pretty good at wringing performance out of their designs, in the case of their PI detectors they have 2 channels which essentially act as two detectors operating simultaneously, the second channel essentially acts as a mopping up channel to try and cover any holes in the timing, however their is always a trade off because of the mineralisation.

I'm out of time here but later today if I get a chance I'll write up my suggested settings for large DD coil use in mineralised areas such as Victoria where the big ones lurk....

OK finally have a little time to expand on the the use of a DD coil with the GPX 5000 for areas like Victoria....... please keep in mind this kind of detecting takes dedication and is not for the faint hearted!! Firstly an explanation of what is going to be required if you want performance out of a DD, this methodology can however be applied across the board for GPX use for both Mono and DD coil use.

Your going to have to retrain your brain to accept a new kind of noise from the detector, it is going to take many hours of listening and persevering and all you'll have to keep you going is my word that it works. To get the ball rolling I suggest you just use conventional coil sizes that your familiar with and just do conventional detecting. The key here is in the use of the Stabilizer and for this method to work you need to have the thing cranked up flat out for at least 100 hours of detecting time over as short a period of time as possible, the reason for this is there is a lot of VERY useful information contained with the noise floor of the detector, the Stabilizer frees that information up allowing you the operator to tap into it, however to be able to tap into it you have to train your brain to ignore the wavery nonsense mixed in with the good stuff, hence my suggestion of running it flat out. Once you've conditioned your brain you can then set the Stabilizer to a preferable level that allows for maximum depth but on the cross over point relative to nuisance noises.

Here are my suggested settings for a GPX 5000 (or 4500) for use in deep highly mineralised soils using Normal or even Sharp timings, using a B&Z Booster and dual speaker system wired in series.

OK now for coils, this is where you need a Hipstick or a PRO-Swing 45 because DD coils are heavy and for this application you need the biggest one you can swing, my preferred coil for this type of detecting is a Coiltek 24" monster DD, I've found slugs up to 21 ounces at depth using this method so be rest assured it works! In a pinch the Minelab 18" Commander DD is a good option or if you can find one a Nugget Finder 20" DD but their rare as hens teeth these days (I have one stashed away here somewhere :-) ).

You will notice in the settings I've chosen Normal over Deep in the Audio filtering, there is good reasoning for this, the gains made on large deep targets using Deep audio is negated by the Stabilizer, the Stabilizer will provide far and away more info than Deep could ever do, if you try to combine the two you will drive yourself nuts with the signal response, so keep it clean and simple and use Normal audio. In a pinch you can opt for Quiet mode but it does take a lot of information out of the signal train so be prepared to learn that methodology too.

Now your probably wondering about EMI? EMI is less problematic when using a Normal type timing compared to Enhance or Fine gold, the Smooth class of timings use a lot more inbuilt Gain compared to Normal timings and as such tend to be more problematic in noisy areas, to convince yourself of this detect for an hour using Normal then swap to Fine Gold and listen carefully to the threshold, you will notice a gritty wavery instability to the threshold, after an hour your brain will filter that noise out so you don't even notice it anymore, it is this trickery I want you to tap into in getting your brain trained for the extra information provided by the elevated Stabilizer settings.

The Stabilizer is a control that lowers and raises the threshold floor filtering, lower numbers raise the floor allowing less information through thereby presenting a smoother sounding threshold to the human ear, however you are also removing good information, higher numbers lower the floor allowing more info in but also making the detector sound jittery. If you run it flat out for a long period of time your brain will start to become conditioned to the noise so that when you back off to a lower number the threshold will start to sound stable again but you will now be able to run a much higher number than you would have been able to previously, your aim is to run the Stabilizer around the 17 to 18 mark.

Once you've conditioned your brain you can then start to experiment with Gain, I would rather see a lower than FP (11) Gain setting than back off on the Stabilizer numbers, however none of this is set in stone and your particular detecting environment and personal experience will dictate your final choice.

For those using old technology like the SD2200d set it to CH2 and Deep run at least an 18dd,Get a booster for it and set threshold paper thin.Less racket and far more effective on triangle dirt


Thanks a million for putting that up Redfin ,great article by JP .

Great article indeed. Appreciate the detailed info JP. Thanks for posting it up Redfin.

Mmmm , post has gone a bit quite ,has anybody bought / used one yet 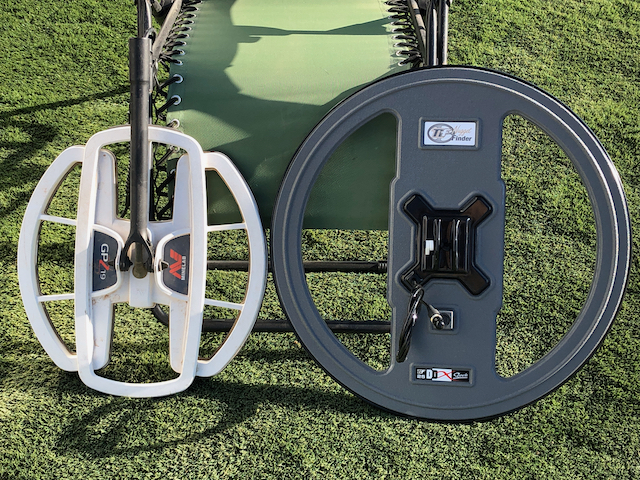 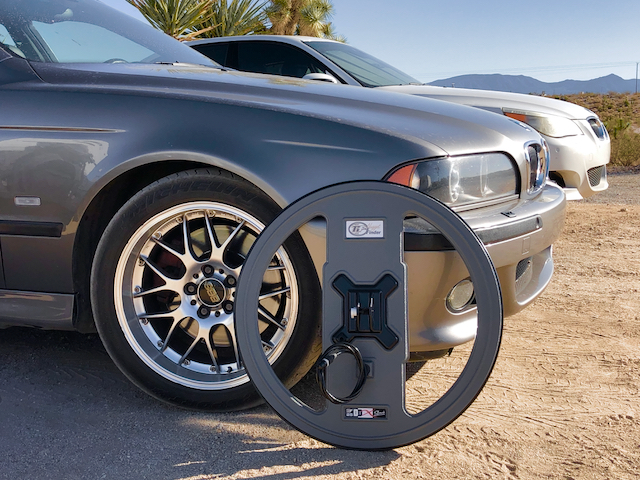 And here I was thinking that only things in Texas were bigger.

Ok. Question, if you were operating in deep ground that varies  from mild to severe and could only afford one large coil, what would it be? 25ddx or 25 evo?

joe82 wrote:il take the bait and go the evo as ive grown to like and be able to use these coils in that type of soils on my 5000

Fair enough. I should have mentioned I currently have a 17x13 evo.