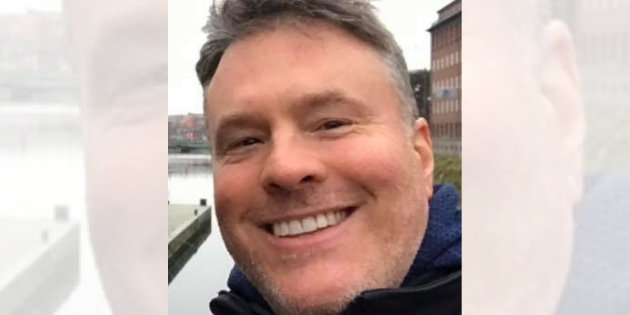 A Canadian metal detectorist (Mr Kristian Lee Baxter, 44) has gone missing in Syria after stupidly bringing his metal detector with him.  Metal Detectors are prohibited in many Middle Eastern countries because of the level of antiquities theft they encourage.

"Syria is not safe for personal travel," says the department's online advisory. "Attempting any form of travel in this very hazardous security environment would place you at grave risk. Criminals, terrorists and armed groups target foreigners for terrorist attacks, assassination and kidnapping for ransom or political gain."

The advisory says the country is plagued by fighting that involves small arms, tanks, artillery, aircraft fire and chemical weapons.

Leclair described her son as a "world traveller and adventurer" and said he visited a village near the border of Lebanon at the invitation of his girlfriend's brother-in-law, who now lives in Pennsylvania but regularly visits the village.

One of Baxter's flights was delayed on his way to Beirut so his luggage arrived after him, she said.

The brother-in-law arranged for a driver to pick him up from the airport in Beirut and drive him to the village, and Baxter said the driver assured him that he would collect his luggage for him, Leclair said.

"The driver said, 'Don't worry, I'm going to pick up your suitcase, don't worry, you just stay and visit.' So he did. And the driver never came back," Leclair said.

Baxter went back to the border and was told the driver had been detained because a metal detector, which is a prohibited item, was in his suitcase, she said.

Kristian is a world traveller, he's been all over the place, he's an adventurer.Andrea Leclair, Baxter's mother

Baxter is a "history buff" and uses his metal detector as a hobby, but didn't realize it was not permitted across the border, Leclair said.

"He loves to find things, he'll find silly things like bottle tops but they might be old bottle tops, that kind of thing. He never finds anything of any value," she said. "Kristian is a world traveller, he's been all over the place, he's an adventurer."

Baxter told the border officials that the suitcase belonged to him, but they did not detain him or release the driver, she said. After four or five days, the driver's family was getting worried, so Baxter returned once again on Dec. 2 to claim responsibility, she said, even though his girlfriend's brother-in-law was urging him to leave the country at this point because the situation was worrying him.

He has not been heard from since, she said.