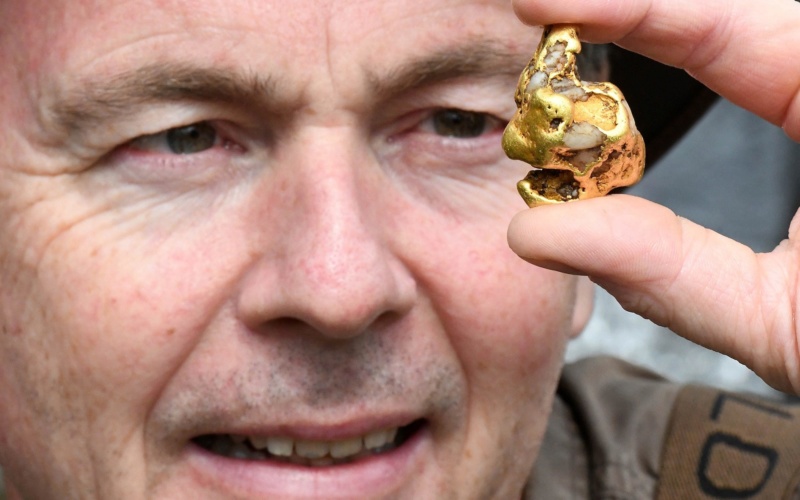 
The largest gold nugget found in British waters for 500 years has been discovered by a man lying face down in a river in Scotland.

The man, who wishes to remain anonymous, came across the 85.7g (2.75 Troy ounces) lump with a method called 'sniping', in which the prospector uses a snorkel to lie face down in the water and search the riverbed. Named the Douglas Nugget, it is expected to be worth at least £50,000.

The discovery was made two years ago but its precise location remains a secret to avoid Scotland's biggest gold rush in years. Upon finding the nugget the man - in his 40s - ran from the water clutching his gold shouting “bingo”. 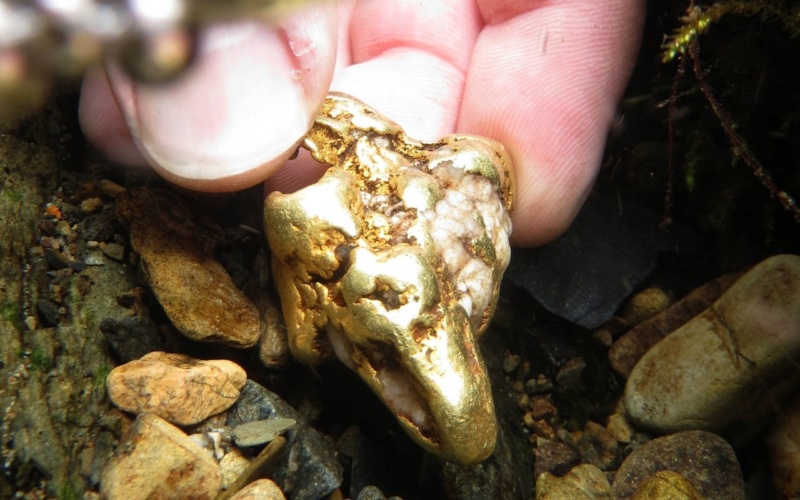 Finally breaking his silence, he said: “I was following a crack in the bedrock and found around 2g in fine gold.
“This then led to a pocket, where I uncovered the nugget. I called over my friend to have a look and we both assumed it to be around 5-7g in weight.
“It wasn't until I removed it that we realised just how big it was.”

He added: “I took off my glove and picked it up, jumped out of the water and screamed, 'Bingo!' to my friend.
“We were both stunned and couldn't believe it. I've never seen anything like it in my lifetime.”

The man, who has been looking for gold as a hobby for 20 years, is unsure what to do with his find and is currently keeping it in a safety deposit box - but there is a danger the Crown Estate could claim the proceeds if it is sold. Under law, gold and silver are classed as Mines Royal, meaning that in most cases they belong to the Crown.

Permission from The Crown Estate is required to take away any gold that is found, regardless of the method used to find it. It is not clear whether permission has been granted.  Leon Kirk, from Gold Panning Supplies UK, and friend of the successful prospector, said that while they were concerned that giving away the location of the river could cause a huge gold rush, his friend was also keen to keep his find a secret to allow him to fully search the river 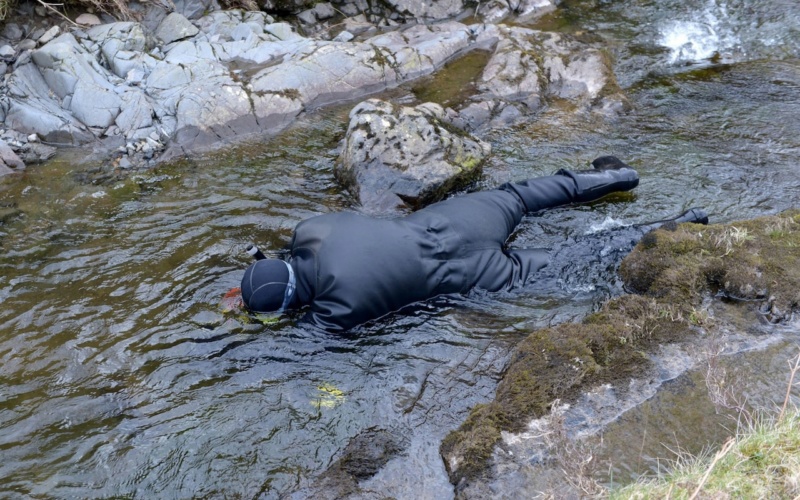 “It’s a bit of a secret society, gold panning, when you find a good river,” he said. “I know this guy has spent the last two years looking through the rest of the river where he found this huge nugget.
“He’s found lots of other pieces of gold since so that’s probably why he’s kept it quiet - you wouldn’t want to give something like that away.

“I think we’re both of the view as well that telling people where it was could ruin the river - but I don’t even know where he found it.”
Although he does not know exactly where the gold was found, Mr Kirk recommended that people scour Wanlockhead in Dumfries, Galloway where gold nuggets have been discovered before.

In 2015 a £10,000 nugget, which weighed approximately 18 grams, was found near Wanlockhead.
Mr Kirk added: “This is a very exciting and unprecedented find. But the nugget's rarity means it is very hard to put a price on it.

“I would say it is worth at least £50,000 but, as it's rarer than a Aston Martin or a Faberge egg, a billionaire could easily come along and pay a lot more for it.
“Historically, it is off the Richter scale.” 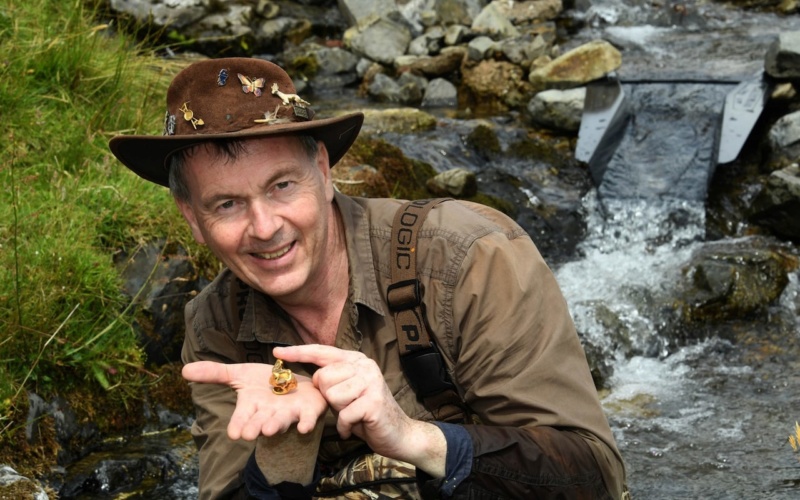 The Douglas Nugget is believed to share a similar diameter to that of a 1.6ins golf ball.

Dr Neil Clark, author of Scottish Gold: Fruit Of The Nation, believes the shape of the Douglas Nugget could mean there is more gold just waiting to be found close to the mystery location.
He said: “The size of the nugget suggests that it probably did not travel far.”

But added: “The fact that we have waited over 500 years for this nugget suggests it may be difficult to find another comparable one in the near future.”

Thanks for putting that on Nero , I would just like to confirm it definitely was not me !

Im off to Scotland shortly for my annual panning / sniping holiday .
That lump is incredible , normally a nugget of two grams would be a monster, mmmmm wonder where exactly it was found .

Good one !  Thanks for putting it up Nero , otherwise  I would not have seen it .

Look at the ironstone that is still on the nugget.
This guy says that he pulled it from the water.

Gold that is pulled from the water does not have ironstone inclusions still attached, as it will be washed away by water movement when it tumbles in the river.

Let's see who is telling the truth.

Let's have a debate!

The story is years old so the trail would be brushed away by now.
And I agree in this day of disrespect, deceit and lies, the old adage "A photograph doesn't lie." is long gone.

Not disputing the find or finder, for it is a reasonable size slug of gold, found by someone, somewhere, but more to say ,how lucky are we detectorists, living the dream here in Australia.

Thanks for posting it up Nero

Thanks Nero, good pics and an interesting story.

I should imagine that the rivers in Scotland would be fairly cold and you might end up with a blue face after a bit of this type of detecting!

You’d think It might be a bit more comfortable to detect these streams with something like a 2300 and pop you head under when you get a signal.