Back in the 90's I bought another home which had a wood fire, the previous owners didn't leave the tools behind.
I made up a set at work and pondered which would be the best method to stop them rusting.
We had an oil bath in the workshop so I heated the tools to a bright red with a 4 burner oxy/acet torch and dropped them into the oil. (Made a bit of smoke

)
Let them cool in the oil and then removed them and let them drain until next shift.
Used degreaser to clean then dried them.
25 years later there is still not a speck of rust to be seen.
Pulled them out of the workshop today in preparedness for the coming winter, they are a bit dusty but a rub down they'll be like new. 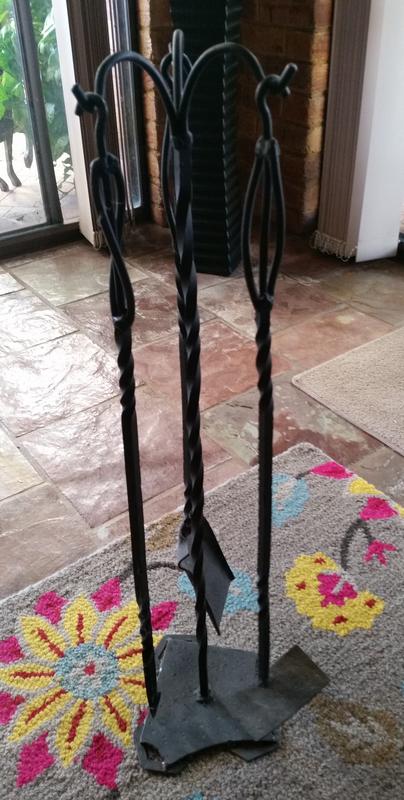 That's pretty cool, because you live on the coast too. cheers Pete.

Man, you have a golden hands and great imagination. I wish I had the same hands=) I hope that you will invent alot of great and useful stuff!!

They have had a lot of use this Winter keeping the home fire burning, will definitely see me out.