Hi there guys, We had some pretty radical weather for summer....or supposed to be summer. Woke to this friday morning.

We had our xmas work "do" on friday which involved white water rafting down the Shotover River, that snow was going to make for rather chilly water, followed by drinks & dinner afterwards. Mrs JW had a wedding to video on saturday & I wanted to be bright eyed & bushy tailed for a detecting mission on saturady. So we were very well behaved on the drinking side of things.
I got off earlyish saturday morning which dawned a nice summers day. Bit of a surprise following the last couple of days.
Got to my detecting destination & went to a hill side slope where I had scored a nice little patch out in open country with no old time workings, back in my GP 3000 days. It was hard going as I had thrashed this area & it is where I got those good sized slugs in my avatar. I finally got a mellow double blip signal. Was it going to be a pellet or gold.
A few scrapes & the signal was still there. Down about 4" & I was feeling confident. 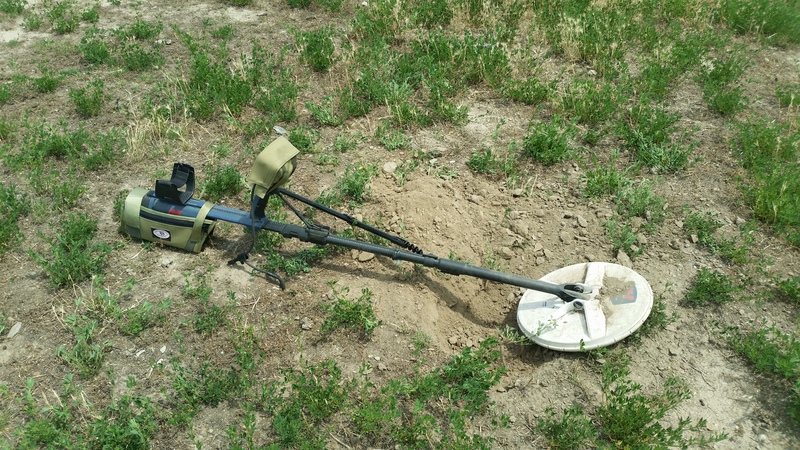 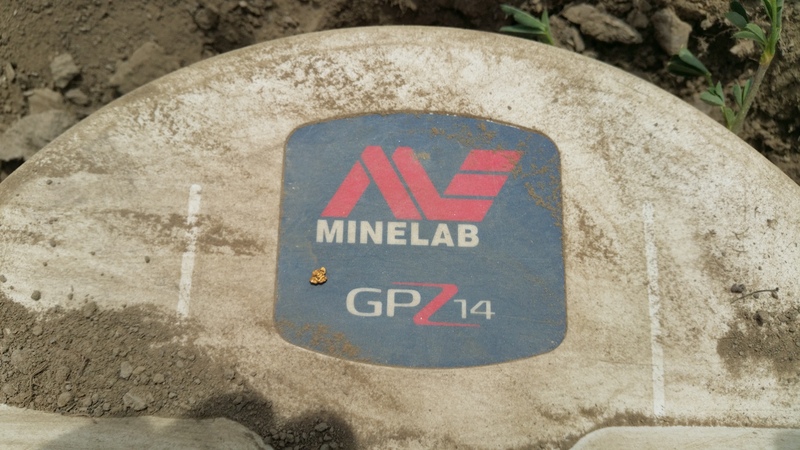 That was it. 3 hours of detecting for just that one bit. It was getting bloody hot so I decided to move on to another spot where I had done well but my last few times there I had got nothing. I hadnt been there for a while as it can have long grass which doesnt help. Got there & rigged up. In 5 minutes I had a signal that wasnt a double blip & it wasnt screaming, so hopefully not a .22 casing. Wasnt holding my breath though. Top soil was about 6" deep & then in to a bit of shattered crumbly schist. Signal still in there. I was getting a bit excited now. Had to use the pick end & smash in to the schist. Signal still there. Oh boy.....this has got to be gold now. Surely. 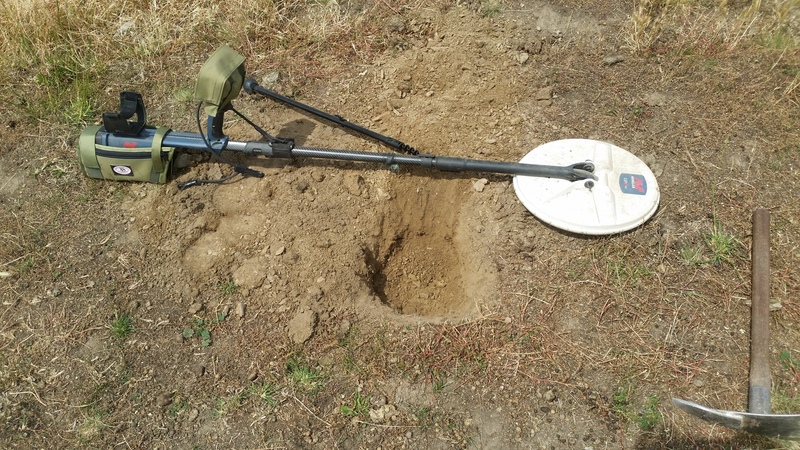 Notice the broken out schist 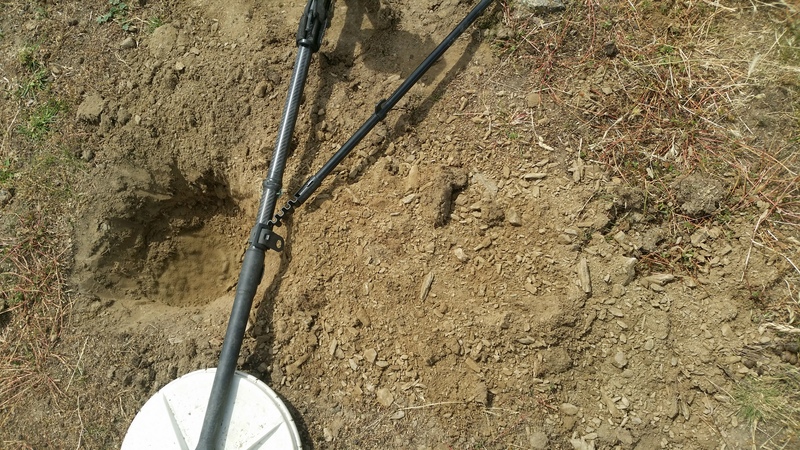 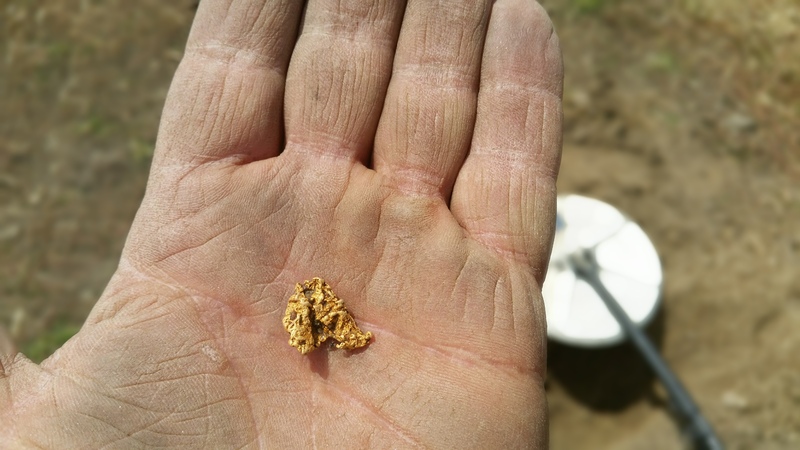 my biggest for.....goodness knows how long 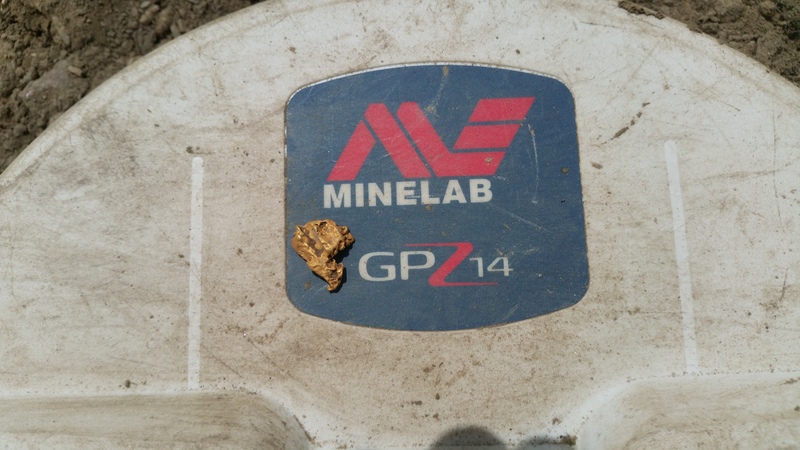 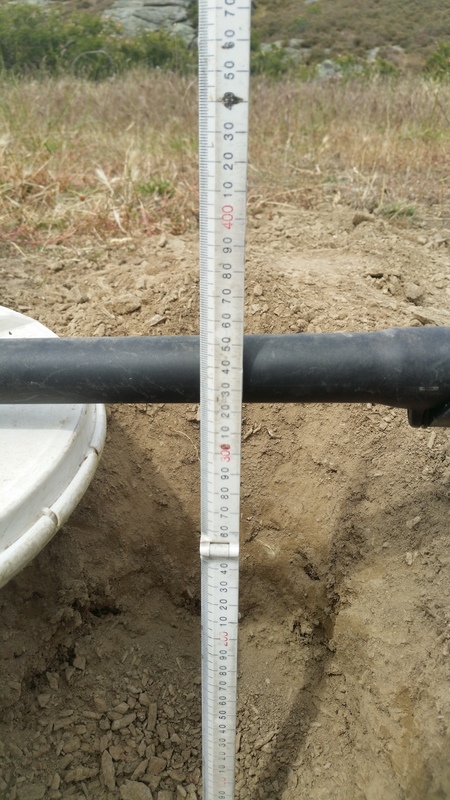 Then 6 meters away & no further crap targets I got another good hit. 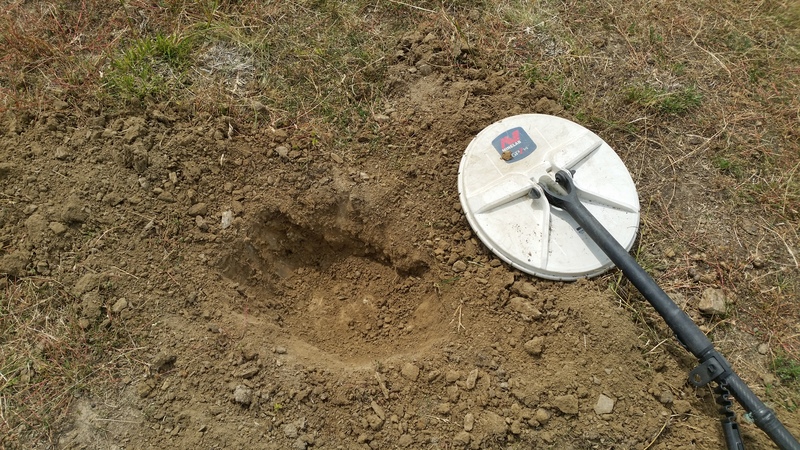 In to the shattered schist again & signal still in there & sounding bloody loud. No pellet this sucker & I doubt it is going to be crap now that I am smashing out schist 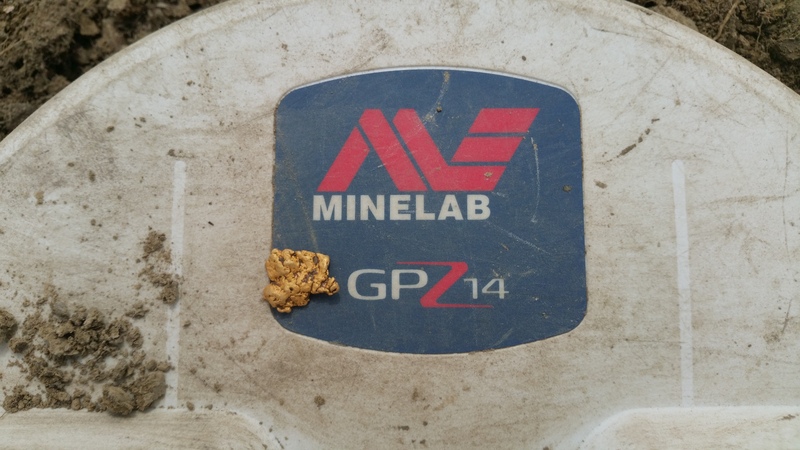 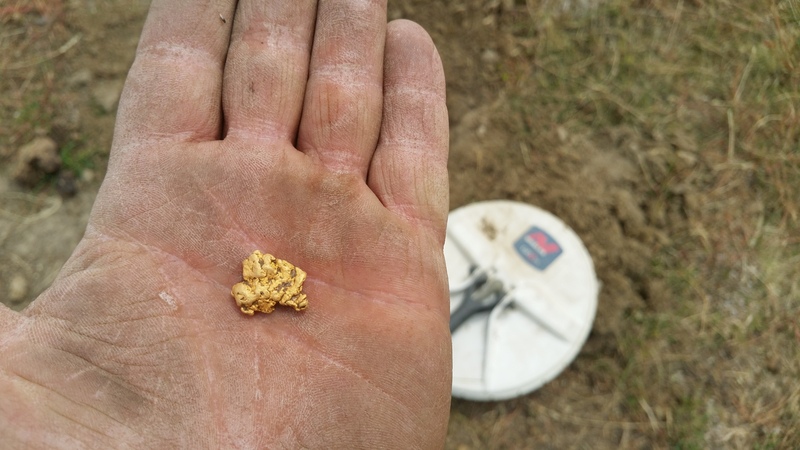 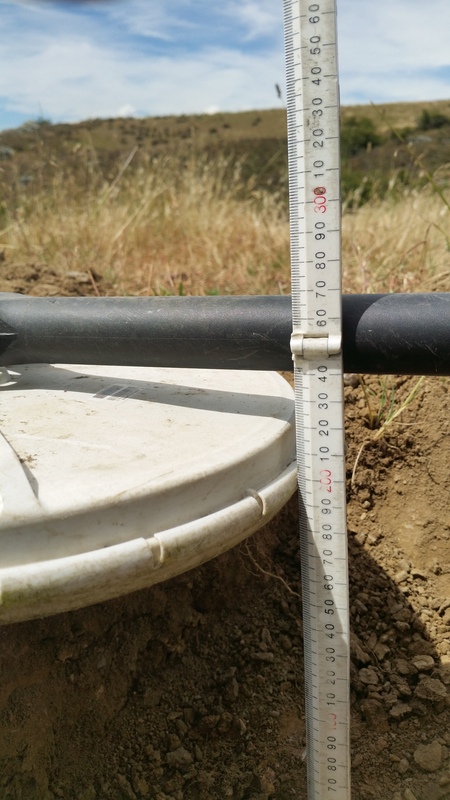 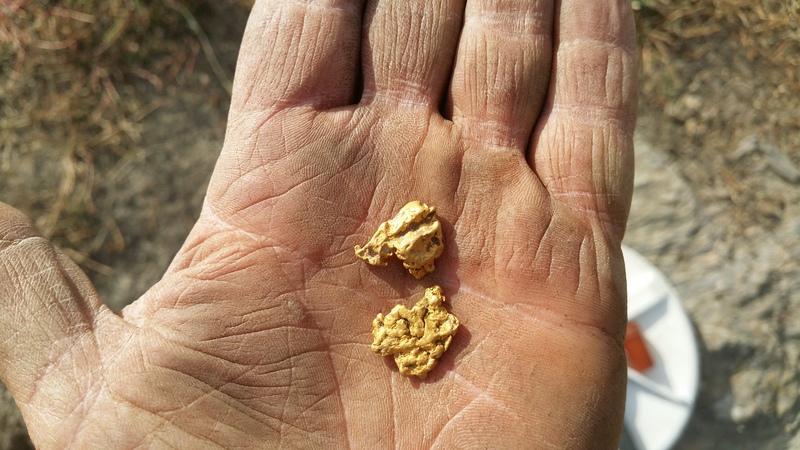 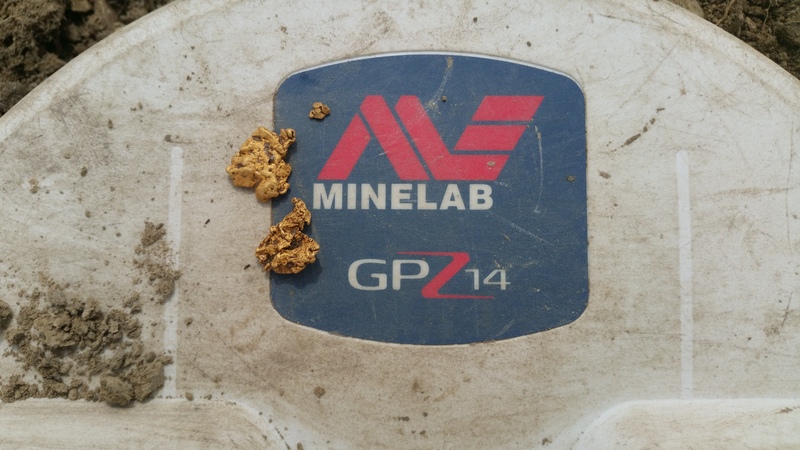 Well that deserved a break & a well earned coffee

Back into it & a faint double blip. Some thing small & some thing very close to the coil. Damn....shot gun pellet??

couple of inches down & 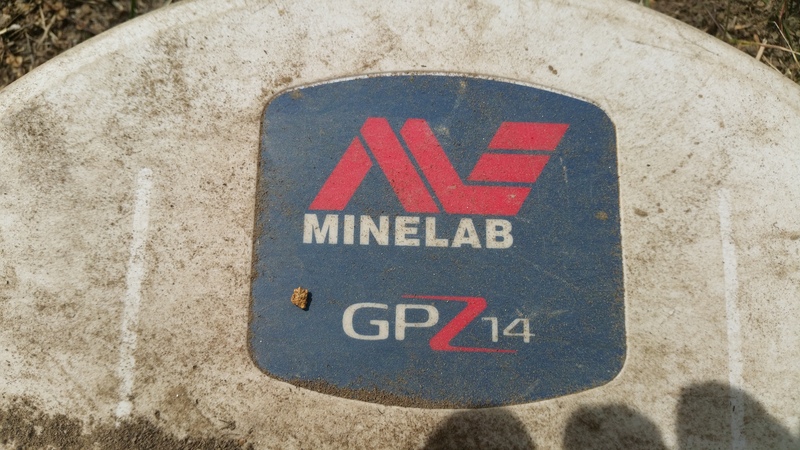 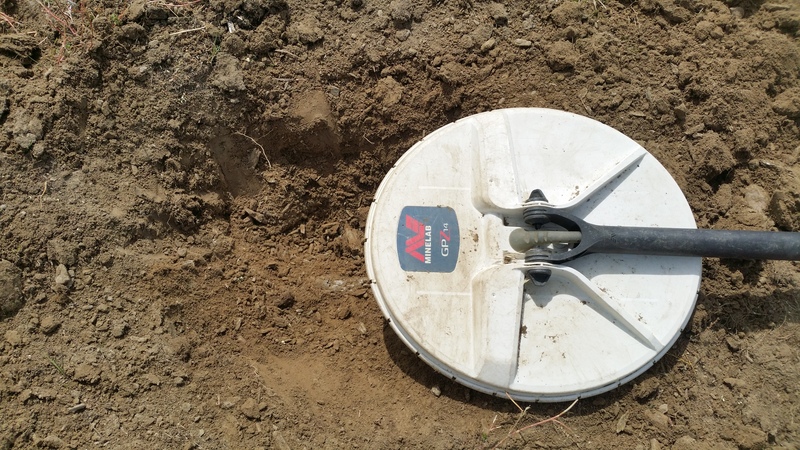 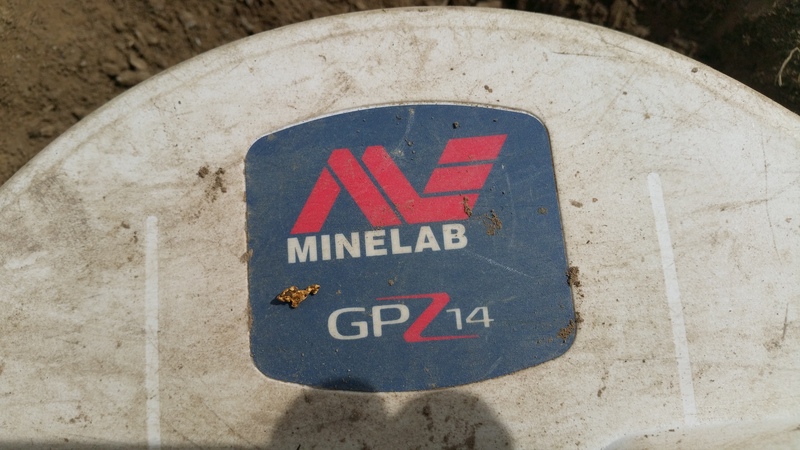 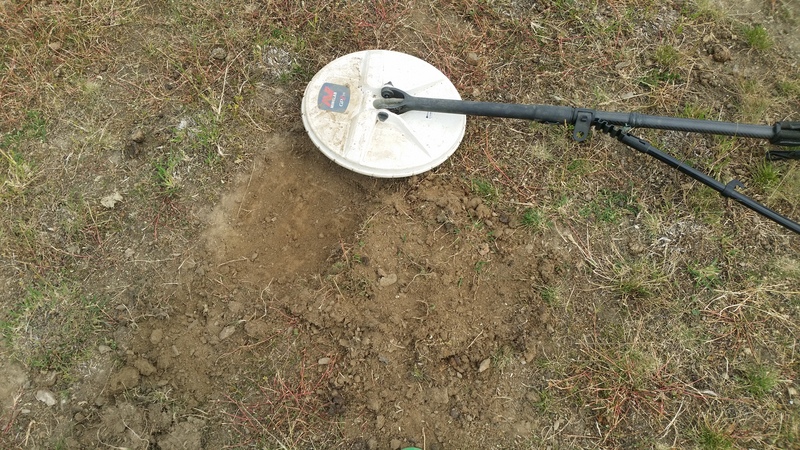 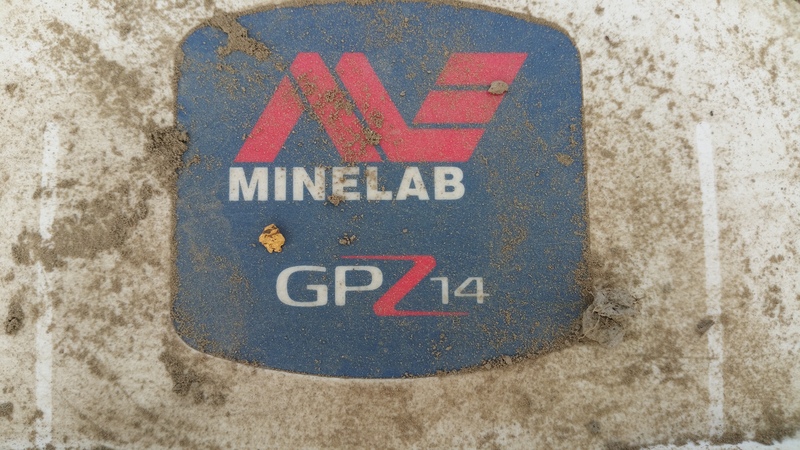 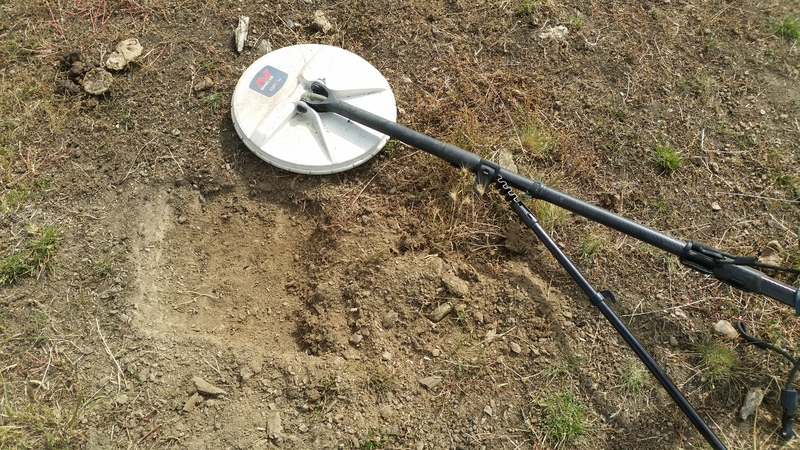 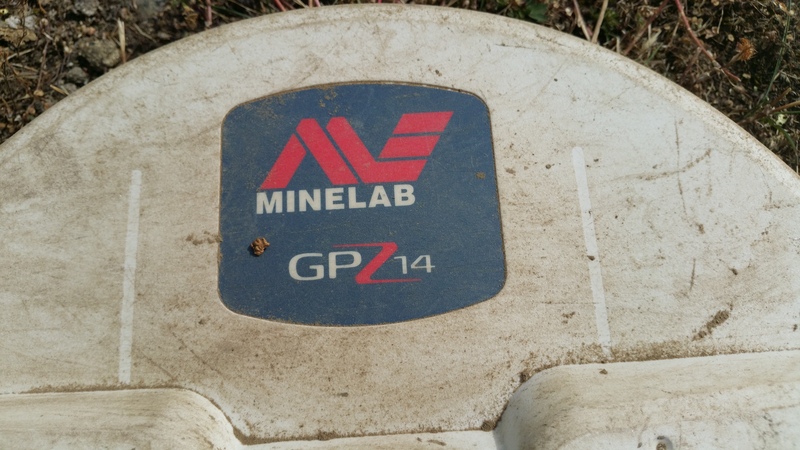 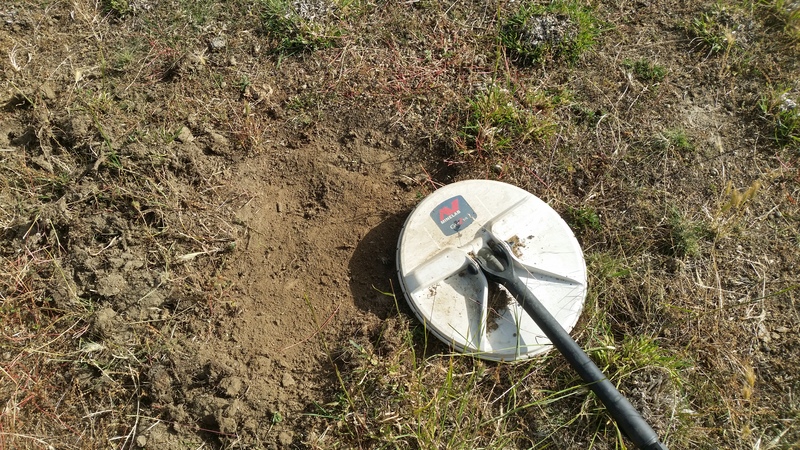 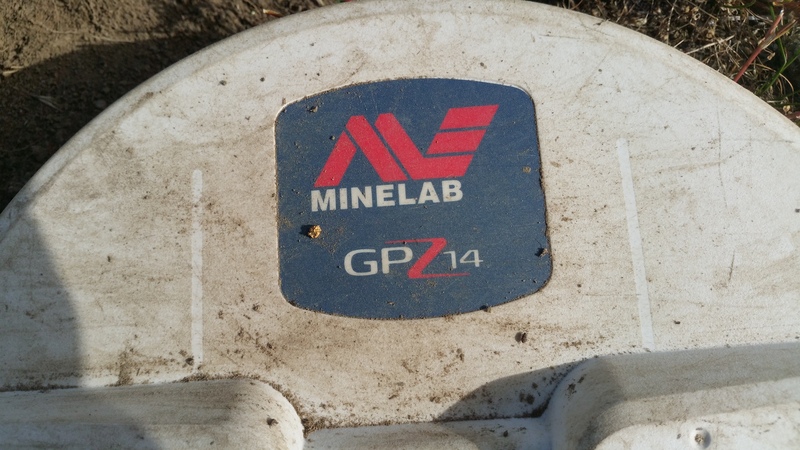 That was it. I was bloody hot & decided to call it quits. Had it been cooler I would have gone on until dark, which is after 10pm. I was pretty well satisfied so ended at 7pm

So all up 8 bits for 12.10 grams. Thats my best haul for ages, & off thrashed ground. The mighty Zed doest it again. 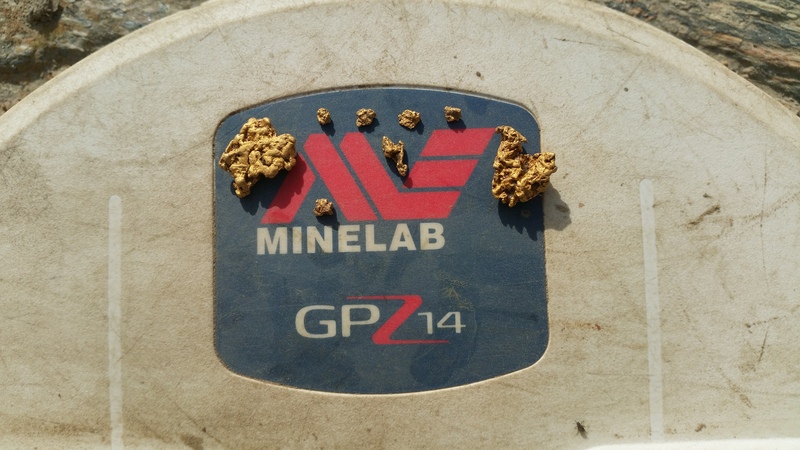 Absolute beauties there JW, very happy for you!

Very nice JW, and those couple of chunky ones just tells you the Zed is better than what you were using before. A great effort, well done.

Not happy with the little stuff any more eh!

, well done! Merry Xmas to you and yours, best of luck!

Congrats again for your nice finds and thanks again for sharing your story, pics & finds.

kiwijw wrote:At 200mm I was surprised that I hadn't got that with my 4500 & a number of coils that I have

I'm wondering if your 45 would have detected these as well as the Zed?? as over here we have had similar experiences between the Zed & 5000 on some gold.

Don't be surprised at all in not being able to pick up certain types of in-ground nuggets JW. Variables such that of nugget orientation, compared to coil field approach, can sometimes play a big role, as to whether or not the nugget can be heard. Other factors such that of detector timings used over certain type of ground/nugget, can have a similar effect, as can the different size/type coil in use. In ground variables such that of temperature/moisture saturation, degree of mineralization, from one day to the next, can affect nugget detection depth. One to many changing variables to work it all out.

Well done there JW, excellent day out for you again.

Isn't it great to have a choice of using a different detector,
and with each one, you get different results

You must be loving the Zed

Killing it John, i'm so happy to see some bigger nugs coming to light for ya!

Weird. My next 8 targets after those two slugs were all .22 shells. Some shallow & real screamers but some mellow & deep. Maybe I had dug a few of those in earlier times & put those signals or that one at 200mm down to part of a .22 shell grave yard & on the very rear occasion that I dont dig all signals gave that 200mm signal a miss. But I got the sucker this time.

Hi Kon61. Have to agree with all you said. The number of times I have gone back over ground with the same detector, coil, settings on a different day (hence, like you say, different conditions) & pinged more gold, & is the reason I go over ground more than once & with different coils day time & night time. Maybe not with the Zed though, different coils that is.

Thanks again guys & I would like to take this opportunity to wish you all a very merry Christmas & a happy new year & hope the gold gods smile upon you in 2017.

G'day JW, just curious if you have tried the 4500 over those nuggies and see if you find they'll give a good signal on them, like the Zed. As I have said we have had nuggies over here that the 5000/4500 don't get as good as the Zed/2300 do.
Same to you and your family,wish you all a very Merry Christmas and safe Happy New Year.

Hi Mike, Thanks for that.

Those two slugs of gold are pretty solid. So will be a real hit on the 4500 now they are out of the ground Hard to know now that they are out of the ground. I really feel the 4500 should have got them out in the field. I am mysterfied that the 4500 didnt get at least one of them. Maybe I just didnt swing over them & get them in the sweet spot but due to the number of times I have been over that area I am sure I would have. Guess I will never know now. Bring on some more. I will take the 4500 with me from now on & do some in ground comparisions before digging. That will let us know. Be a pain, but be interesting. Cheers

What Mike was getting at.. even though you found those nuggets with the zed
Just wave them over your 4500 coil ( yes air test ) and see how well they bang in,
and how close to the 4500 Coil you have to be..
We have found gold with the zed, in areas that other detectors have been over..
The zed just sniff's out this different type of gold, and also are solid pieces.
It would just be interesting to see if your zed ( also air test ) which machine hears them the best

P.s we know air tests me nothing, but if you compare the same nuggets, it should tell you which machine loves
To find that type of gold..

Our son has a piece of gold, solid 1.7 grammer .. the only detectors that will scream on it, is the zed and sdc2300
The zed will get this piece at 10 inches from its coil.. other gpx machines have to nearly have it rubbing the coil.

Ah Kiwijw. You are killing me.

What a truly fabulous result and how good is it to see snow up there at this time of the year.

Long may the success continue and wish you and Mrs JW all the best for Christmas.

Thank you for your kind words.  The snow certainly didnt hang around. Just a wee southerly cold front that went through over night. Can happen any time of the year. I went back to that spot yesterday to do the air tests with the 4500 & took a wide variety of coils

but things didnt turn out the way I had planed. I will fill you all in a bit later as I am off on a mission at the moment. Cheers. All the best for the xmas season