I have been in the forum for a little while and made a few posts and was reminded in one topic that I had not introduced myself properly in the new members area.
I am 69 and a keen electronic prospector for over thirty years and currently live in Geelong. Due to some health issues in recent years the amount of time I have been able to spend prospecting has been eroded and I have indulged a bit more of my time in my other interests of golf and more recently astronomy.

Things are freeing up time wise now and I am looking forward to spending more time back prospecting. I have owned 9 detectors since 1983 with the last a 5000. This has been a particularly trusty machine with a weeks stay in the triangle consistently netting me about 20 or so small bits for 6 or 7 grams with slightly larger bits coming along every now and then.

With more time available now for prospecting and the release of the 7000, I have joined this forum to see what advice there is from those who had already made the switch to the new machine. I am happy to contribute to discussions things I have learned over the years.

In meeting people in caravan parks I have never been backward in sharing those things or even a strong opinion when I believe it is necessary strip through that which clouds the essential facts. There is nothing like the buzz of having a complete novice trusting in your advice and finding their first bit of gold ever!

I chose the name Hawkear as I regard listening skills as one of the most essential aspects of electronic prospecting.

Welcome to the forum Hawkear

Aah,
Welcome Hawkear........
Nice to see that you have done the welcome intro.
Good on you and the best of luck with your gold adventures.

Welcome to the forum Hawkear,

I reckon some members will appreciate your good will of information.

G'Day Hawkear, I'm in Geelong also and could'nt agree more with you about the aural component! Wishing you all the best of luck Cheers Chris

G'day all and thanks for your welcomes.
Moved on a bit since my earlier posts on this forum and now have bought a 7000 and had a few outings with it under my belt. Nothing large to report but then have been going to areas of small shallow gold to bed in my experience with the machine. My last day trip netted 21 bits for 1.08 grams. Some would say just flyshit some would say it all adds up and some would say "now what could this capability on super small gold be used for"?
Certainly it is entertaining and kept me out until nearly dark and late to get home for tea but looking at the areas where those bits came from I could see a pattern to the gold distribution and the nature and colour of the ground it was in. Whilst I would not think that there might be anything much larger there as the ground was old spread out spoil of a distinctive colour, the thought occurred to me that maybe those patches should all be washed. Thoughts of the old loamers also came to my mind and the success that some had in following superfine colours to their rich source.
Nowadays we have lost the ability to recognise patterns of nugget strews because over many years earlier detectorists have found most of the nuggets and the information of their strew pattern is lost to us. The largest gold find I have heard of in Victoria was not the Hand of Faith but a reef found by tracing nuggets up to their source. Maybe the 7000 will fill that bill in some way.
On the question of depth although I have yet to find a genuinely deep nugget, I have been pulled up with signals that required some deep digging for bits of rubbish in the middle of raked areas. I think that this can only be answered in the fullness of time and when working in deeper areas than I have been to date.
Happy hunting Hawkear 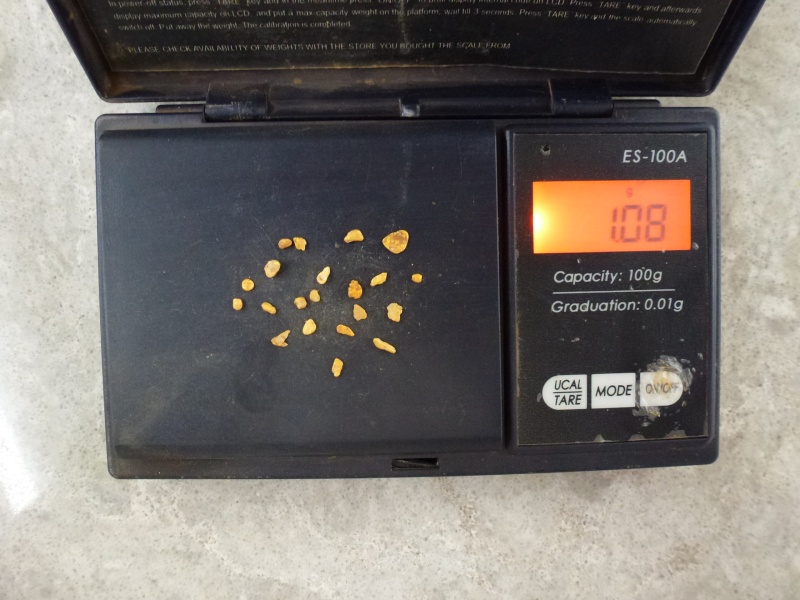 Welcome to the forum.


Very impressive start with 7000 especially looking the size of the nuggets.
Sure you will not miss much going over with that detector.