New guy here, from the other side of the globe (Finland).

I’ve metal detected back home for a long time (both on land and in water, with a variety of White's and Minelab machines) and done plenty of gold prospecting (sluicing) as well. Unfortunately the gold in Finland is pitifully small by Australian standards. The largest nugget ever found in Finland (nearly 100 years ago) was about 13 Oz, and a 100-grammer makes the all-time top 20!

Given an opportunity to spend some time in Melbourne, I had to try my luck on the Victorian goldfields.
I got my Miner’s Right and got to work.

I started off with some panning on Slaty Creek in Creswick, which got me my first specks of Victoria gold – 0.20 grams worth. 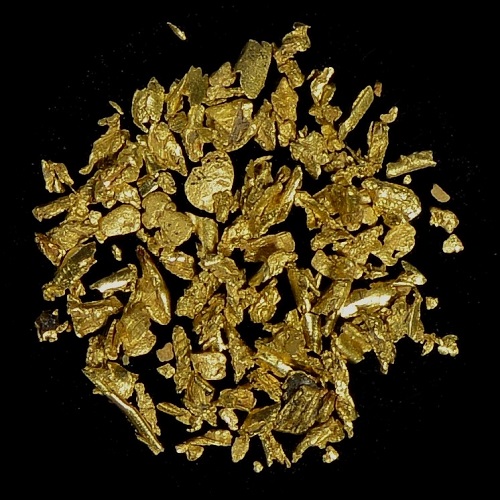 I soon got myself a GPX 5000, a bunch of coils (I realise I’ve accumulated 7 coils already!), plenty of maps, and started spending my Saturdays in Castlemaine.

I know that this is an area where everybody and their dog has already been (and also that “there’s no gold left in the Golden Triangle!” in general), but it was convenient for me to get to. I didn’t even hire a car for my Saturday day trips. I just took the train and a short cab ride and/or walk to get to the areas I’d picked based on John Tully maps, topographic maps, and Google Earth. Tourist detecting!

I’d never used a GPX before, and the settings took some getting used to.

My first 50 hours didn’t yield any gold. I found all sorts of rubbish, including most of the .22 bullets ever fired in Victoria. Plenty of buckshot as well (I hate these with a passion! Some areas are full of them, and they can be real heartbreakers. How the heck can they get so deep into hard ground??)

This was proving tougher than I had thought...

Eventually I got the hang of it and started getting some results. Here’s one of the first bits I found (0.85g) 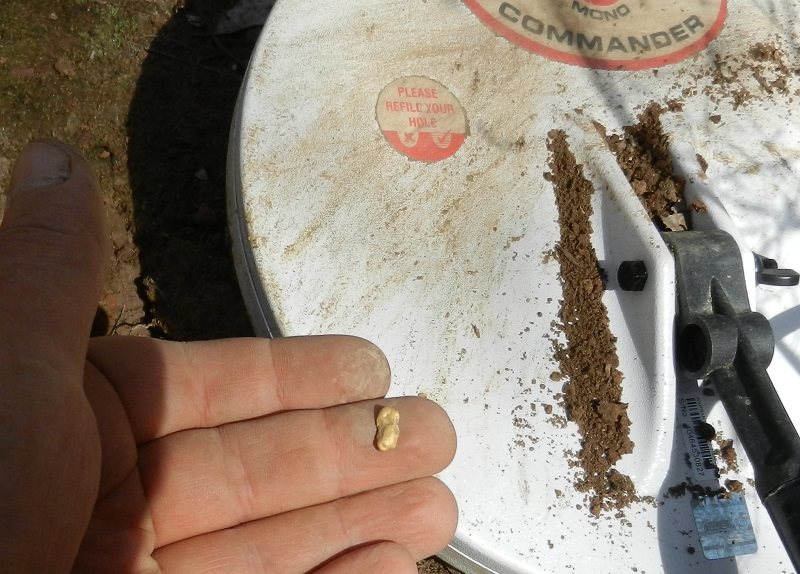 It didn’t come easy. Here’s the total take for the day.
At this time I was still a bit shy about using the more aggressive settings for hot ground, so I was digging quite a few hot rocks as well. 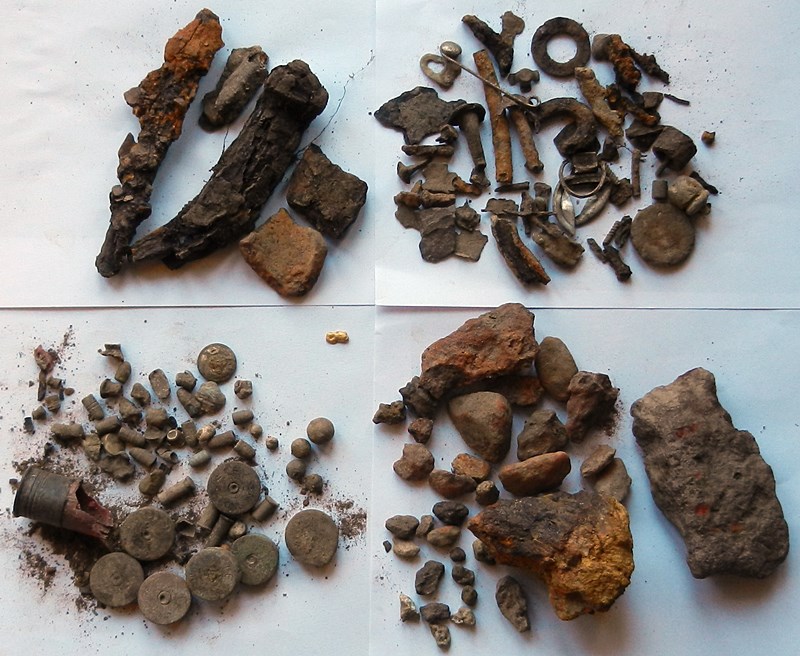 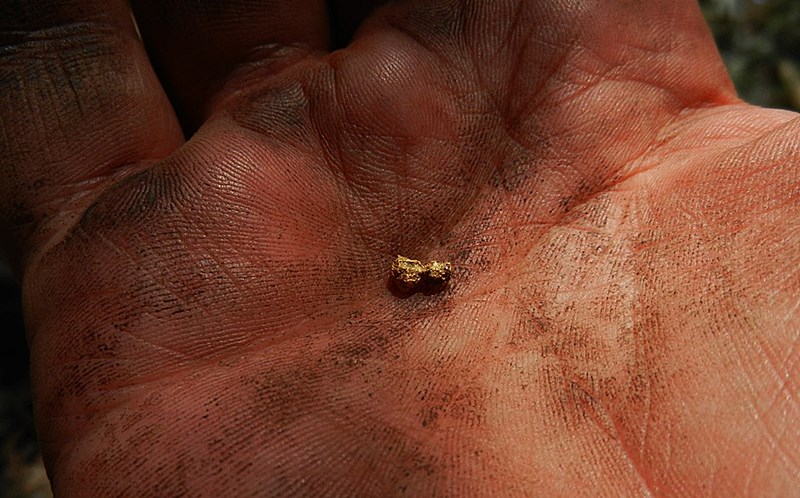 Chewton was a particularly tough area for me, and a few times I only found gold there after “dumpster diving”, i.e. digging up a bunch of surface junk first, to get to the good signals down below.

Here’s an example: the little nugget was exactly under the piece of junk (a few inches down, smack right in the middle of the hole). I found several nuggets using this method, but it’s exhausting to dig all day if the weather is hot. I needed almost 10 liters of water on some of the warmer days (being used to Arctic temperatures didn't help!).

I haven't gotten around to getting one of those rare earth magnets to stick on the end of my pick handle. This would be a great help during these dumpster diving sessions!
By the way, I was surprised by the high number of open holes. Some days I filled many more holes than I dug. I don’t understand why some people leave them open. It hardly takes any time or effort to fill them.. 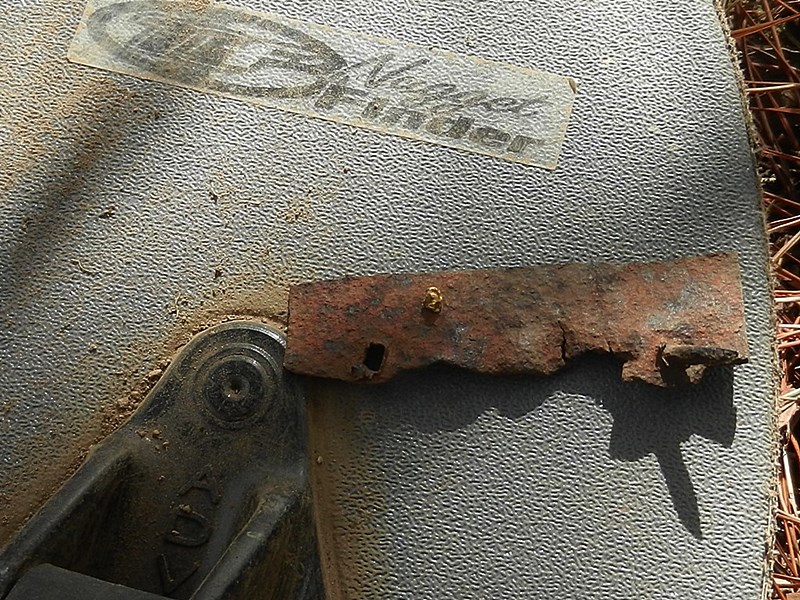 This next piece is from around Maryborough. I wish they all were like this (instead of the customary matchhead-sized 0.2-grammers!) 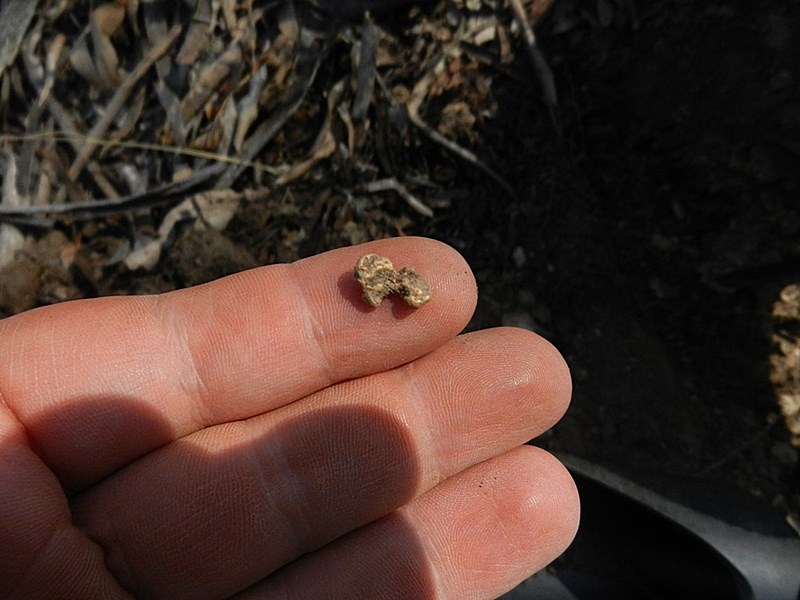 The Australian wildlife is fascinating – so different from back home. I'm paranoid about snakes (esp. brown snakes and tiger snakes), but fortunately I haven't run into any so far. I've seen plenty of other things though, including: 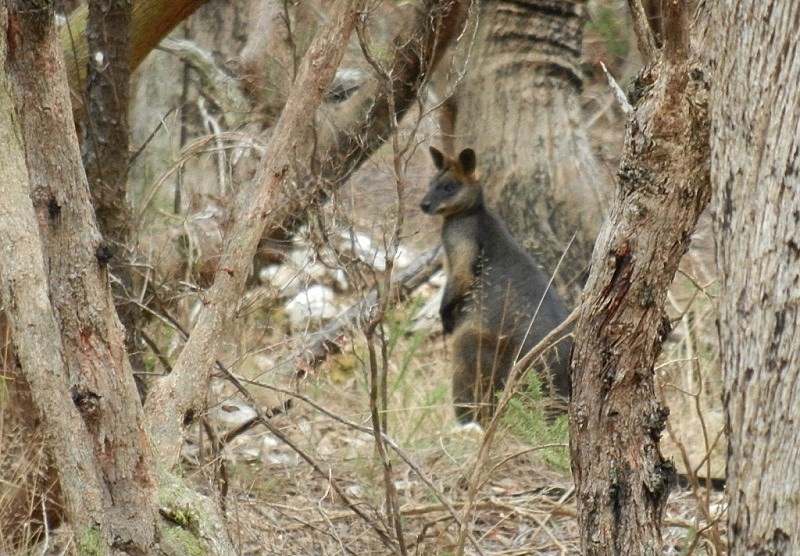 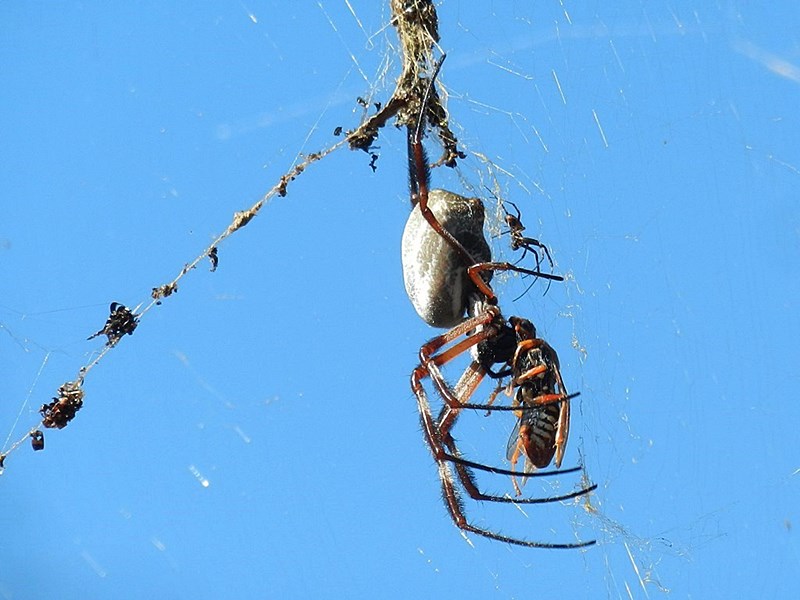 I've found only two coins, a 1953 penny and a modern 20-cent piece. Given how many people have walked around in the goldfields, I would have expected a couple more. Apparently gold prospectors have fewer pocket spills than most people! 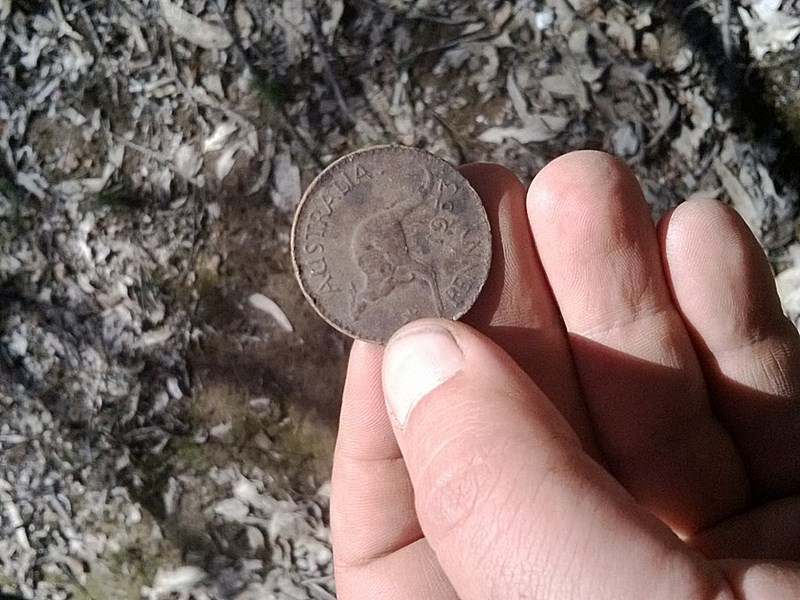 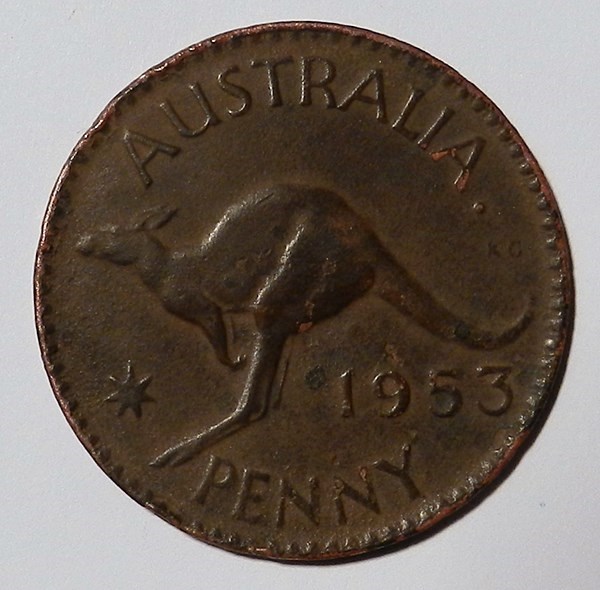 Soo… let’s get back to the gold shall we?
Here it is. Everything is from public land around Castlemaine and Maryborough. A few of these still need to visit the ultrasonic cleaner. 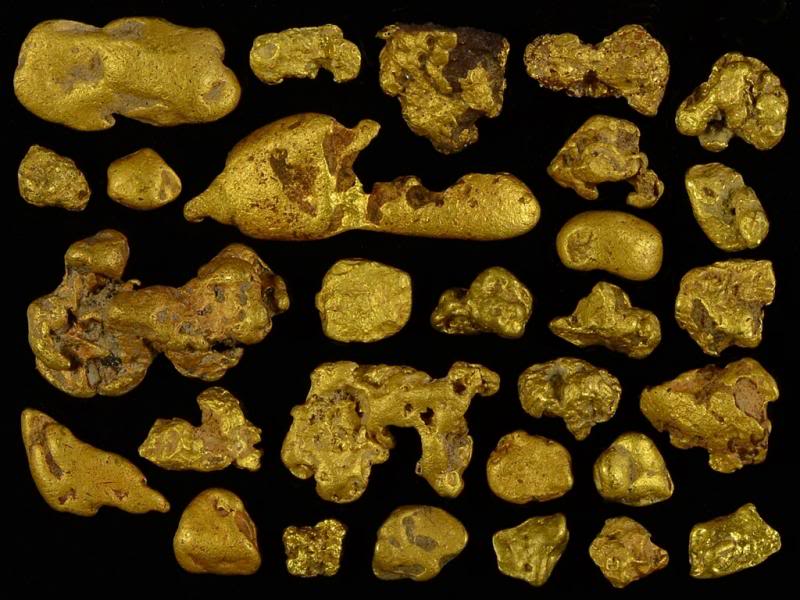 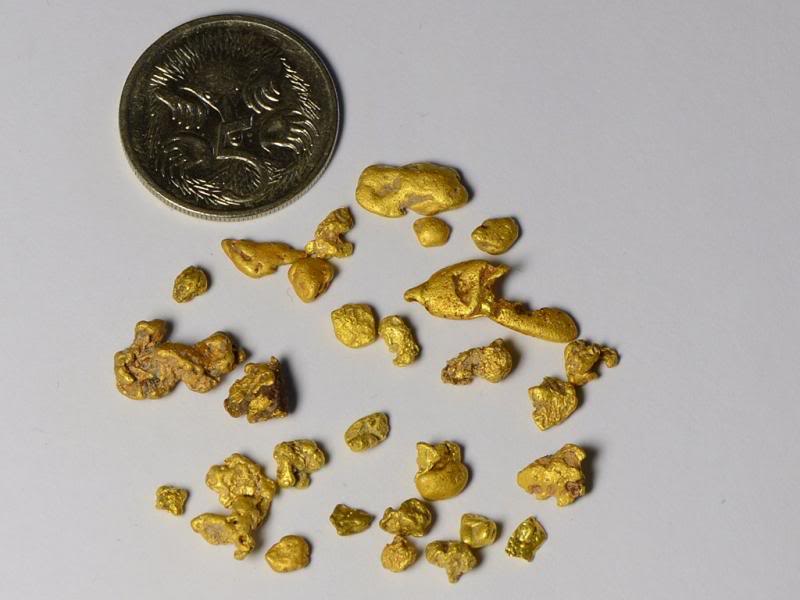 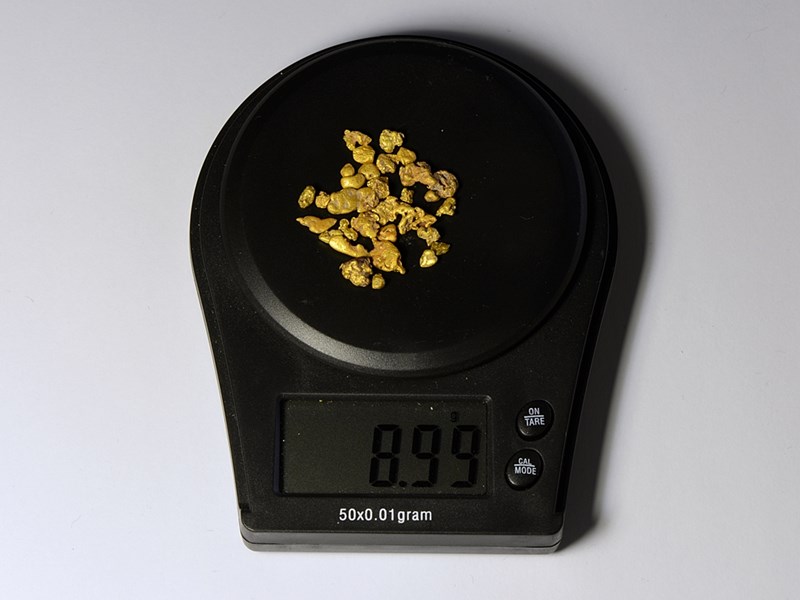 1.02 grams, between Maryborough and Talbot. Was quite shallow, but in a tricky spot against a tree. 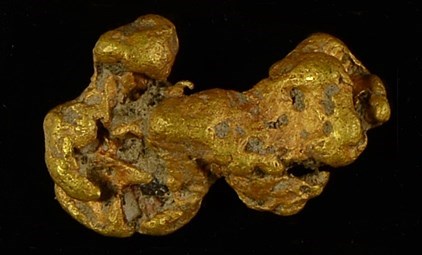 0.92 grams, Castlemaine area.
Large but thin piece. I'm quite pleased to get this one, as I had to remove a lot of surface junk to find it. Many have surely been over this area before, only to hear multiple loud surface targets, frown, take a few steps towards quieter ground…  and leave the gold behind..

0.85 grams, Castlemaine area.
This was a reward for digging almost all signals. It was only about two inches deep and gave a loud signal. The thought of it possibly being gold didn’t even enter my mind before I had it in my hand. 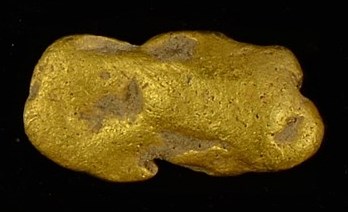 0.65 grams, between Maryborough and Talbot.
Was quite deep and took some work to dig out, but was easily picked up by the Nugget Finder 14x7 elliptical mono, my absolute favourite coil. Beautiful piece. 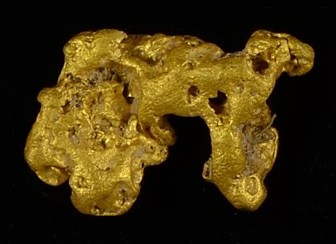 That’s it for now. I hope to be back in the near future for more!
I expect to spend at least some more time in Australia this winter/spring and will keep you posted. Still looking for that elusive multi-gram piece…. !

My you sure took some great photos Blackbeard..

Yes you are so right about it not being easy to find gold, through all the trash..
Who said it was meant to be easy

You found some good gold, even if they are small, they look big in your pictures.

well one thing.. If you are finding them, you know you won't miss the gold, and going by your great pictures.. You didn't

Yep it only takes a second to fill your hole in..

Maybe longer depending how deep you dig..
Still there is no excuse for NOT filling them in..

for the great story and pictures.

By the way... I don't think our Stumpy tailed lizard is ugly..

Nothing worse then walking about, head down detecting away.... then bang!
Face to creepy face with one.. Sends shivers down my back..

to the forum Blackbeard. Great story and 10/10 for persistence and following your dreams.

you get that multi-grammer, you certainly deserve it.

Superb exhibition & top show there Blackbeard. Well earned gold and thanks for sharing your story and pictures with us.

Welcome to the forum Blackbeard and thanks for sharing your great story and photos.

Enjoy your stay here in Australia and hope you can manage to find that elusive multi gram nugget. Also will be great to see your finds from your past expeditions.