My ring finds have been pretty much costume jewellery until Yesterday, Finally a ring of .925 Silver and not even a good one at that and the extra effort i went to, To keep it.
Found 30 odd coins that mornings detecting effort & a ring, Sat at one of the benches on the board walk to have a better look at my booty, The coins were all decimal spendables but on closer examination of the ring i could see something stamped on the inside of it, Will clean it up and check it out later, Put it in my jacket pocket & pocketed all the coins and headed for the rubbish bin to off-load the other bits of metal rubbish i had picked up & home i went, Cleaned up the coins a bit & put them in the collection jar and thought, I dont remember that ring being there where is it, I must have left it on the bench down the beach, Rang my Wife & Daughter who were down the front street and asked could they go & check the bench i had sat at for this missing ring, Not to be found. Damm, First time i find a ring with some sort of Hallmark and i go and lose it. Oh well Easy come Easy Go !
It kept bugging me as to where that ring went, Next morning I thought maybe i put it in the bin with the other rubbish metal, Went down there to the bin and it was one of the locked kind, Rang the Council & then the Waste Management people & they said it's probably been emptied already this morning but they were happy to come down & unlock the bin to check. Thankfully there wasnt too much rubbish in the bin along with the metal rubbish i had dropped in there. Sure enough i found the ring, I had put it in my jacket pocket where i also had some metal rubbish and threw the lot out. All this for a not so good .925 Silver ring
[img] 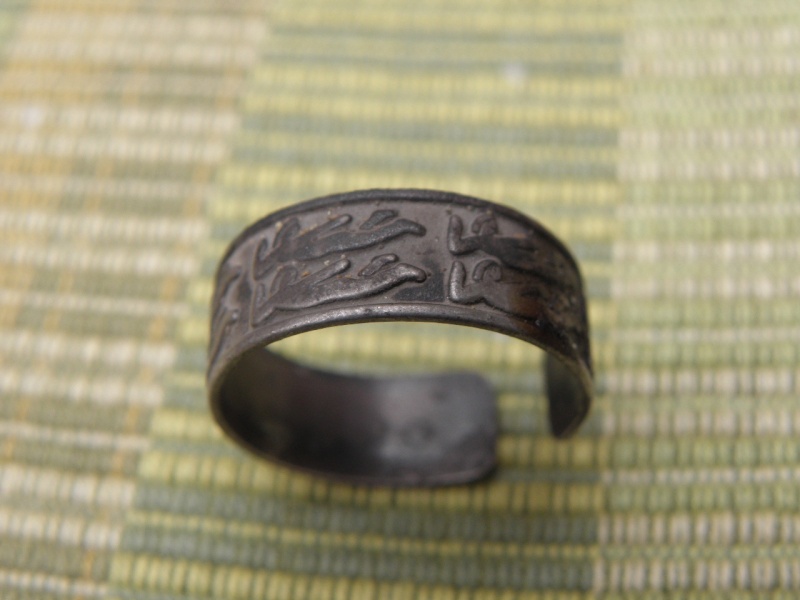 Ash nice ring, it should clean up well mate. You are luckly that the boys did not empty that bin. But as they say "One Mans Rubbish Is Another Mans Tressure" but in your case it was both

G'day Ash great story and glad it turned out ok for you..

Hopefully the next ring will be Gold ....!

Fingers crossed I'm hoping to get to WA in a few months , never been before

Thanks all for the replies, Wombat your right, It was both ! Yeah Mike with persistance it turned out positive And ttrash may my next ring be gold, There is lots of Millionaires here with all their Bling but they obviously dont go down to the front beach. Best of luck for your golding adventures in the West, We are going Qld way this year for a bit of Friends, Golding & more Sightseeing and Adventure, Never Know we just might end up West in the latter part of the year to soothe that gold itch.
Cheers
Ashley

I recently found a 925 silver ring with an additional Hallmark which looks like a flower & am wondering what those marks mean. Can anyone help please?
Cheers, Keith.

Maybe yours is from the Hippie Era

, Mine had a circle with a dot in the middle of it, Only thing i remember like that was a Aboriginal sign for Meeting Place ( I think ), Probably just manufacturers own mark, Somebody can probably enlighten us !
Cheers
Ashley

I picked up a skinny silver looking ring. When I got home and had a good look at it, it was stamped on the inside, Prouds Plat. So it made my day, worth a few more dollars than silver. Still got it .

. Hope there are many more waiting out there for you.