Hi
when i was out last w/end one of the bloke,s wouldnt dig a target when it "the signal" blanked out, he told me that was what it did to tell him it was rubbish, anyone else do this ? , i always thought that a big enough nugget would cause the signal to blank out as well,,

hi
he was probably right.  if you are running a DD in discrimination mode , iron close to the coil will blank out. the discrimination only works within about 6 " of the coil.from my experence all deep targets sound good.its only when you get them close to the coil they start to blank out.discrimination is very handy in high junk arears. if a signal "sort" of blanked out i would dig it,but if it was a "definite" blank out,i would walk away from it. if you are running mono,you have to dig everything
cheers

Spider,
This is very much a learned thing. I would say to anyone new. Dig every target. That's the only way to learn what not to dig. After a few hundred targets you will get a fair idea. Then there is the odd target that blanks once or twice after many passes. This is when you keep investigating. Three days ago I got a signal that blanked 2 out of five swings and it turned out to be a token close to the surface. It blanked because I was using a lazy sort of swing. My gut and experience stopped me from walking away. In fact I turned down the discriminator after this target, back to about 12 o'clock. My tip to you and others is: Centre the target and then swing at double speed over the target, if it then blanks with every swing then there is a 98% chance it is iron.
When digging a hole you can easily get a false blanking and this is very much a result of the the shape of the hole you have dug. (don't dig square holes) Again practice makes perfect.
Don't be like me, there is still targets out there that I have used my mental discriminator on. To this day I wonder, Should I go back?
Ive taken the time to check a few and they have all confirmed why I stopped the first time.
Trust your machine but only when you can understand its language.
Keep in mind that if its discriminating then its close to being out and it might be worth satisfying you curiosity. Its only going to be one more dig anyway.
If your using a dd coil and you are not sure then switch the machine to mono, if it still cancels then it may be overload to a large target.

(If your using a dd coil and you are not sure then switch the machine to mono, if it still cancels then it may be overload to a large target.) for For those that know better, please correct me if I am out with my way of thinking.
Brett. 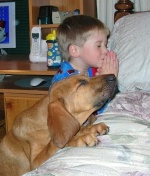 Thanks fellas,
Never had it explained to me before,, and ive nearly always used a mono, and dug every target except for when you walk into a rubbish area and the detector goes off every which way you turn, the only times ive used a dd coil is when scartching around under power lines, i had a pro elite on me extreme and i used it in mono, cause thats the way i was shown to ,, I wish i had dug this target the 11'' mono picked it up and after i,d dug about 12-16'' ol mate stuck a little baby coil in and said she,s rubbish,, i keep telling meself it was overload on the little coil, lol
spider

I am not so sure about leaving these "blanked out signals" anymore. On one occassion I had the detector "blank out" and dug it anywy to pull out a piece of steel followed by a nice piece of gold. Another time Iwalked over the signal it blanked I kept walking and the wife went over it , dug it and pulled out a 3 ounce piece.

The machine was actually overloading.

So It may not always be only steel in the gound

Tricky wrote:I am not so sure about leaving these "blanked out signals" anymore. On one occassion I had the detector "blank out" and dug it anywy to pull out a piece of steel followed by a nice piece of gold. Another time Iwalked over the signal it blanked I kept walking and the wife went over it , dug it and pulled out a 3 ounce piece.

The machine was actually overloading.

So It may not always be only steel in the gound

Hey Tricky,
Its all good for you folk that have a seventh sense that allows you to smell gold. Even if it is below a bit of steel.

You are very correct when in a known gold spot. We should dig every target as gold might be laying just below a target that everyone has dismissed for years.
I have a basic theory that makes me think mono coils find more gold because not only do they go deeper but they also make the user dig everything because the human discriminator is taken away. Therefore it stands to reason that mono coil users are tougher than dd coil users, because they dig more holes.

All said and done. Im still having trouble with this wet paper bag

I have never tried the descrimination mode on my 4500, so I cant say for sure whether it is any better or worse than the descrimination on my 3500, and I only ever used it on the 3500 when I had the standard 11" minelab dd coil set on pseudo mono.

The only time I used it was when I happened across a spot that was producing small nuggets and the odd small piece of steel, I would say that while using it that way I still dug the iffy ones at times, but recall that almost all would have been steel pieces, for the rest of the time with all other coils I would leave the descriminator switched off.

I believe the descrimination feature to be less than it should be and would not be surprised at all to hear that people had walked away from good targets because of its use, the feature simply does not work effectively enough on the pi machines for you to be able to completely rely on it, it will only work on shallow pieces and you will always find yourself scraping or digging anyway until you can be sure what it is anyway.

Other than that you have to rely on your instincts, most experienced detectorists will know when they have a positive gold target, and would sometimes also be able to pick the difference between gold and lead, but if there is even the slightest doubt in your mind then dig it anyway, if you are afraid of digging holes then find another pastime as it is a crucial factor in this one.

With using mono coils as stated you pretty much have to dig everything you hear so this is probably more to your advantage than not, as its taking away the choice of you making the decision to dig or not to dig, in my opinion any target that is still in the ground after the initial scrape simply has to be dug as you can never be sure, I know myself that I can be 99% sure of what they target is but that 1% will play on my mind if I dont dig it, and will more often than not go back and dig it anyway, even if it turns out to be rubbish then at least you have satifsfied yourself that you did know what it was in the first place.