Hi Dawn
I have been using the 4500 everyday for the last 4 months here in Vic and just upgraded to the 5000 2 weeks ago.I also had the 3000 before this and the jump to GPX will make a huge difference for you.Both machines are excellent and you won't be dissadvantaged if you get the 4500.If you can afford the 5000 by all means.
The 4500 gave me a 4 fold increase in gold and the 5000 is currently on par with this,depth on both machines is excellent and they both pick up tiny gold and the deep larger nuggets.
The 11"mono commander is a great starting point just a little heavy,but excellent performance.I would highly recommend the 14" ellipticals as great all round coils,I have the NFA and I can imagine the new coiltek one would be a top performer(Designed for the 5000 on fine gold).
Steve

Hi Dawn, if you ask Jeff politely enough he might be kind enough to give you some lessons on finding small gold and hopefully in time you will be able to keep up with him. Besides, if you get a 5000 and get serious with your detecting again, when will you have time to make the scones. All the best

If you can afford it, I would go the 5000 (latest technology). cheers Pete.

I can't give her all my secrets otherwise she how can I let her win.

Dawn
I always recommend you get the latest technology you can afford. Irregardless on what you think, there is sufficient information on the benefits of the 5000 over the 4500, particularly after viewing JP DVD on Unleashing the 5000. Notwithstanding that, the 4500 is an excellent machine but the fine gold advantage, the soil timings selection, quieter running and greater depth make the 5000 a better buy for all round detecting.

Jeff, Dawn is such a lovely lady that she knows I am only joking. But seriously, giving the choice I would get the 5000 and not only do you get the latest machine but you will also have a brand new battery that you should'nt have to worry about failing for a long time.
Paul

This might be a good chance to ask you guys if you think there is a huge differance in the performance of the 4500 over the 4000 ? sorry if its been covered before.
cheers , nipper 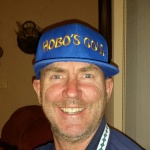 The 5000 is quite noticeably quieter than the 4500. Since you mention that noise is something you dislike, you will be very impressed with the differences of the GPX-5000. 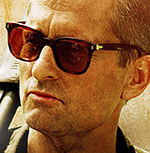 If money isnt the object then getting the 5000 would probably be the way to go, I have not used the 5000 and have been using the 4500 for 2/3 years so I cant say whether I think the difference between the two is significant or not.

The 4500 can be a noisy machine at times, but it is a very capable detector both in sensitivity and depth, I can say however that judging by comments that I have heard to date from users of the 5000, there is not such a huge difference between them as there was from say the 3500 to the 4500, the changes seem to be more in the areas of quietness of running and ability to get smaller pieces of gold, which I might add just for the record, I have trouble seeing the little specks that the 4500 finds so I would not see getting smaller pieces an advantage.

As far as the 4000 goes, I have never owned one but have used one a few times, people that I know who have had them either went back to their earlier models or upgraded to the 4500 as soon as they could, for some reason many people felt that they were a machine that was lacking in performance, whether this was the machine or just the inability of some people to come to grips the the menu screen I am not sure.

Anyway even if you decide on the 4500 I think you will find that the difference between the 3000 and the 4500 is significant and you will wonder why you didnt do it sooner, do take note however of what coils people are using on them, there are a few coils that really are exceptional on them over others.

Thank you for your info l will keep it in mind for when l do buy one at Christmas time.

Paul l can show you how to make the scones while l detect!.And who comes home with more gold than thee Jeffery, now he has the 5000 he might suprise us all.

Hi there guys & gals, Great thread. I too run a GP 3000 & have been thinking of getting a 4500. Great to see all the responses. We are lucky over here across the ditch (NZ) that our ground is pretty quiet. I know my 3000 inside out & have had a blast with it. Some of you may recall a few posts that I have done with some of my adventures & finds. Especially last year when I was down in Central Otago. I am due down there again end of october so hopefully will have more to share on my return.
thanks for the great feedback to this thread.

Mate. I am sure you wont regret it if you purchase either the 4500 or 5000. Didnt realise you could still buy 4500's (unless second hand), as minelab had stopped producing them. Best of luck with your choice 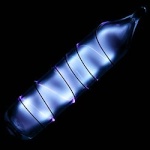 Hi all,
Last year when we were detecting in WA. we called a friend to come help us on a spot we found and we were digging targets every 6 to 8" apart. We have only used the 4500 so now no difference re machines. When our mate arived he uses a 3500 and he reckoned that he would find everything we were finding. Well in half an hour he had found nothing and we had dug 7 or 8 bits while just watching him. Pete came over and said, 'give me a try here' so I turned of my machine. After running his coil low and slow for 5 min he had nothing. I said I would find a target and see if he could then pick it up. Well my machine was clear signal and his 3500 could not get any signal. We played around with his settings and even changed coils over but he had no signal yet. To cut a long story short his machine was no where as good as 4500. All the gold we found on that 600sq mtrs was the size of small match head to 2gram. We ended up digging nearly 1000 bits out of that small spot and found nothing outside that plot. It was so fantastic to dig a signal, get a bit out the hole only to find more signals in same hole and get another up to 3 bits out of small hole size of 11" coil. That convinced pete to immediately upgrade and he was on phone to 'Reeds' to have one sent up.
The other thing about detectors is no two detectors are the same. We did write in another section on this forum about that. Our two machines set on same settings with the same coil, we changed coils over and they were like chalk and cheese. That machine was then sold. If you think you have a good quiet machine stick to it as we believe that there must be tolerences within the ciruit boards.
Anyway best of luck with whatever machine you purchase. We love our 4500
travelergold

The 5000 will find the odd bits here and there missed by the 4500 but from what I,ve seen its not much.The 4500 was such a great step forward and you certainly know when an area has been done with one.
Having said that in direct comparison there are signals I could hear on the 5000 in fine gold that were difficult to hear in enhance on the 4500.However looking at the larger gold being found over the last 6 months I'd say its about even between all the minelab detectors and many good pieces taken with the 3500.There's no doubt the advantages with the GPX's has been in the additional small gold taken at good depths as well.These are often very faint signals where the 5000 shines with its quiet operation.
Steve

Hi,
Not having that much experience yet, I would still like to put in my two bob's worth. I have a 4500 and use a 14" NFA coil as its a good size for gals. After a couple of trips out with someone who runs a 5000, there were two main differences I noticed between the two. One trip was Nov/Dec in the WA goldfields, and the 'hot rocks' seemed to cause the 5000 to be a lot more noisy. We both ran our machines over the same 'hot rock' with the same settings (apart from 'fine gold') and mine hardly registered noise, but the 5000 was screaming.
Also we had some days when there were thunder storms around and the 5000 went crazy and wouldn't quieten down no matter what was done. To the extent that detecting had to be given up for these arvos. My 4500 was fine and could still easily detect, even when the storm was very close.
For me, I love my 4500 and have picked up an under 1/2 a gram piece at 18", so I feel that's not too bad. I love the 14" coil, its still small enough to be very manoeverable under bushes etc. and using it with a hipstick (best invention since sliced bread!), I don't have a sore shoulder by the end of the day.

First off i have never used a 5000 but i have been out with guys that run them ... so having no experience swinging the 5000 i will only comment on the 4500.
The 4500 IMO is an exceptional machine - finds small gold at great depths , larger bits at great depths & real tiny bits close to the surface . Any small bits of gold dust that the 4500 misses but the 5000 picks up on i am more than happy for the 5000 owner to take it away

I find with my 45 that it tunes in real well with the NFA series of coils , particularly the 14x7 & 18 round.
Another key factor for both the 45 & 5000 is learning to listen what your machine is saying ... the more time you spend together - the better the relationship ...
For me the next generation of detector will have to have a significant" WOW " factor before i lay down my trusty 4500 ..

If you are someone who gets out often,
tinkers with different settings and coils,
the 5000 is a clear step up from the 4500.

The Ground Balance is greatly improved.
The Fine Gold timing is a pretty well proven upgrade to the timings.
It is less sensitive to EMI
(although I read with interest above that someone else had trouble with storm-related interference with the 5000)
(imho), the signal sounds are "brighter" than on a 4500 and certainly much better than a 4000.
The ergonomic changes while small make a big difference if you fiddle with settings in the field.

The other side of the coin Dawn is that in general WA dirt is a dream compared to the noisey ground we work on.Throw a 14 x 9 mono on it and with your skills you will do quite well
Cheers Dig

Thank all of you for your thoughts on the machines l guess you have to get to know them inside out first.

l know that Jeff and l had the same 3000 and mine was more sensative than his so l guess it is pot luck, but from all the posts l think the 5000 is in the letter to Santa.